More than 1,400 hacked photos of Thai King Maha Vajiralongkorn's mistress reportedly were sent to various individuals in an attempt to embarrass her amid royal family feuds.

The photos, many of them explicit, were sent to British journalist Andrew MacGregor Marshall, who has written critically about the Thai monarchy, according to The Times in the United Kingdom.

Marshall wrote on Facebook that he received a letter in August with an SD card containing 1,443 photos of Sineenatra ‘Koi’ Wongvajirapakdi.

"The photographs are clearly from Koi's personal phones," Marshall wrote. "Most of the images are photographs she took of herself, and dozens of them are very explicit. It seems probable that she had taken these explicit photographs of herself to send to Vajiralongkorn."

The images also were leaked to Pavin Chachavalpongpun, a Thai academic also critical of the monarchy, according to The Times. 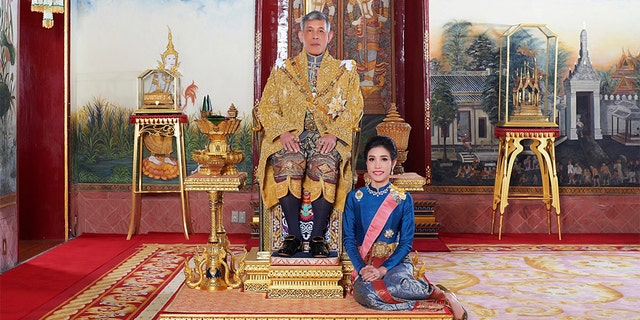 Marshall said that he would not publish the photographs because it "is an invasion of privacy that can't be justified in terms of providing significant valuable new information to the public."

Koi, a former Army nurse, was given the title of chao khun phra, or royal noble consort, in 2019.

Tensions were reportedly high between Koi and Queen Suthida, resulting in Koi being stripped of her titles in October 2019.

But the King and Koi reconciled in August, and she was given back her royal and military titles.

This is not the first time that explicit images of the Thai royal family have been leaked for political purposes.

The hacked photos come as pro-democracy protests spread throughout Thailand, with demonstrators arguing that the monarchy has too much power.