On Friday, the flood information service warned of a “heightened risk of flooding” across much of southern, central and northern England this weekend.

Flood defences will be in operation, and additional temporary flood barriers were installed in Shropshire and Lancashire on Friday ahead of the anticipated deluge.

Flood duty manager at the Environment Agency, Caroline Douglass, said: “We have teams out across England today continuing to prepare for the severe weather that we are expecting over the weekend.

“The above-average rainfall that we have seen since the autumn means that we’ll be seeing rain falling on already wet ground, leading to an increased risk of flooding.” 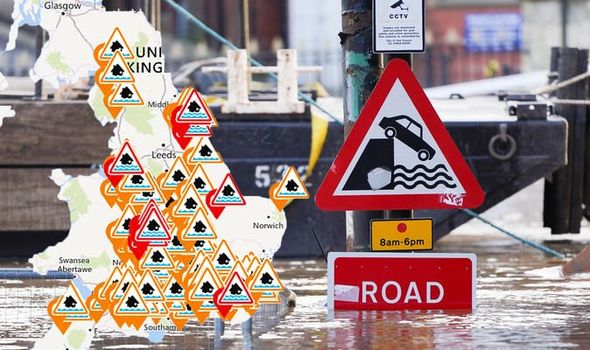 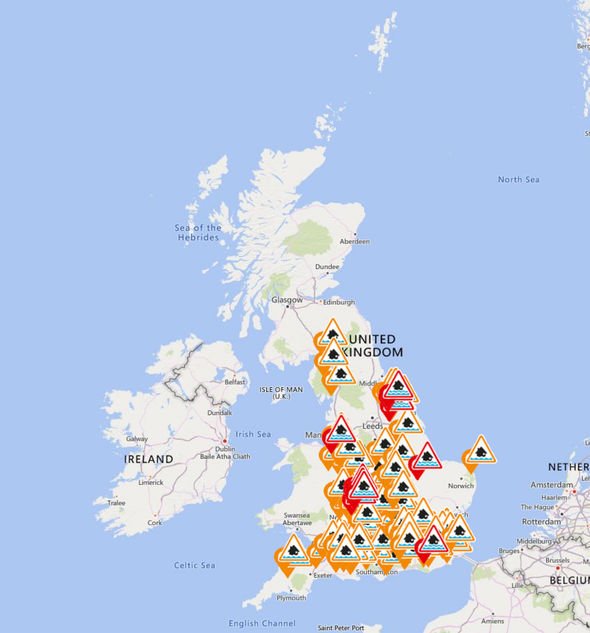 Storm Dennis has also forced the Met Office to issue amber warnings for rain this weekend.

An amber warnings means there is an increased likelihood of severely or extremely bad weather affecting people in the area concerned.

This could potentially disrupt people’s plans and possibly cause travel delays, road and rail closures, interruption to power and the potential risk to life and property.

The Met Office said: “Spells of heavy and prolonged rain are expected to affect parts of England and Wales over the weekend with a higher likelihood of impacts now expected in some areas. 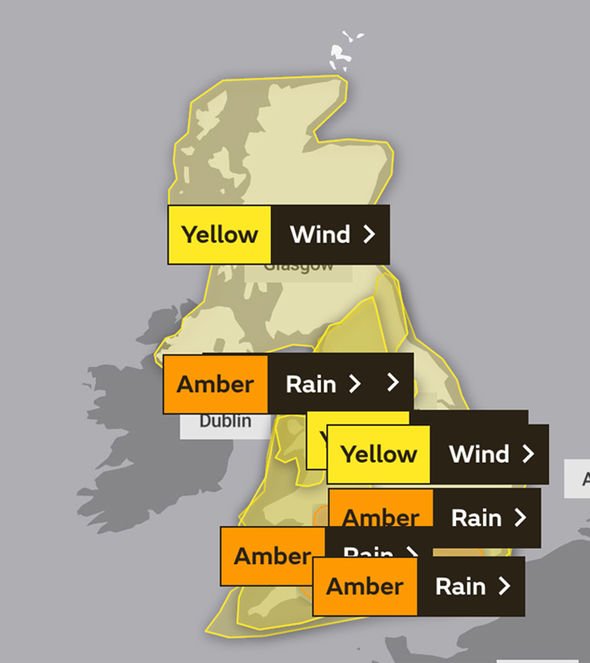 “Around 20 to 40 mm of rain will fall widely with 50 to 80mm likely across parts of northern and southern England.

“Over the higher ground of Wales 100 to 120mm of rain is possible in a few locations.

“This rain is expected to fall across areas already wet from recent rainfall.”

Where are the flood warnings?

Flood warnings – meaning flooding is expected and immediate action required – have been issued for the following areas: 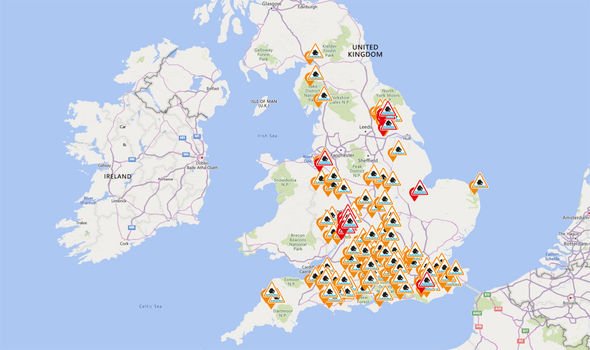 Where are the flood alerts?

Flood alerts – meaning flooding is possible – have been issued for the following areas:

US city active shooter as police officer gunned down outside school