After Britain experienced its third hottest day on record on Friday, July 31, many are wondering when hot weather will be making a return. While many regions of the UK have seen some warm weather this weekend, temperatures are forecast to rise later next week. And according to WXCHARTS weather maps the heat is here to stay after next Thursday, with warm weather forecast for much of the UK over the week to follow.

The UK experienced its third hottest day on record on Friday, with highs of 37.8C recorded at Heathrow Airport.

Met Office forecaster Simon Partridge said: “This not only makes it the warmest day of the year, it also makes it the third hottest UK day on record.”

And according to the latest weather maps, there is a chance 30C+ could make a return to the UK next week.

Much of southern and eastern England is expected to see temperatures above 20C today (Sunday, August 2). 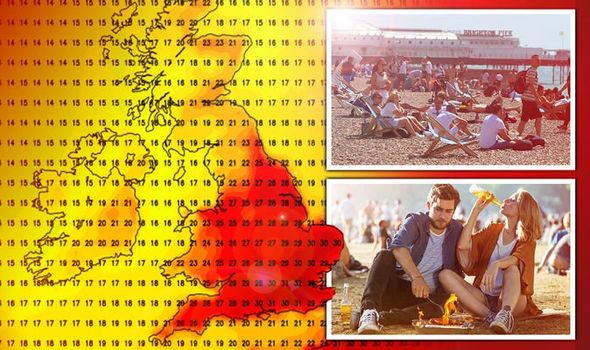 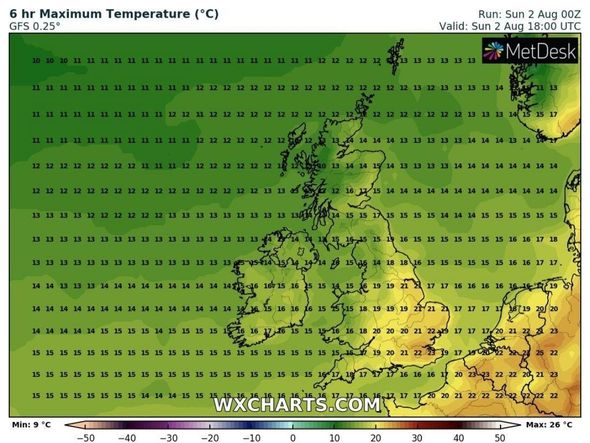 While many areas will see some sunny spells, some scattered showers are also forecast for much of the UK on Sunday as well.

This weekend the Met Office told Express.co.uk next week starts with a similar pattern, with Monday also likely to be a warm day for much of the UK.

However, after Monday a more unsettled pattern of weather is expected to appear in the UK.

The Met Office forecast it will be wetter and windier from Tuesday into Wednesday, particularly in northern and western regions of the UK. 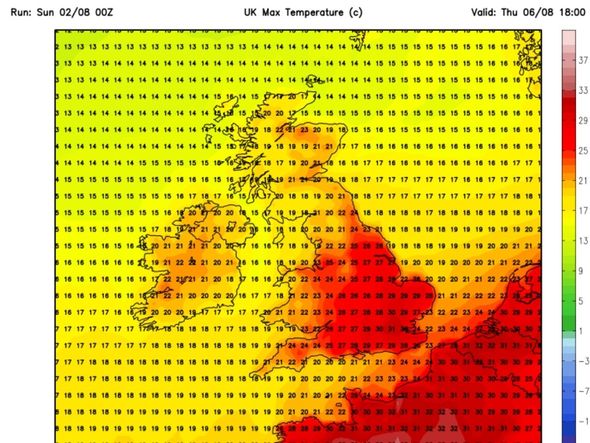 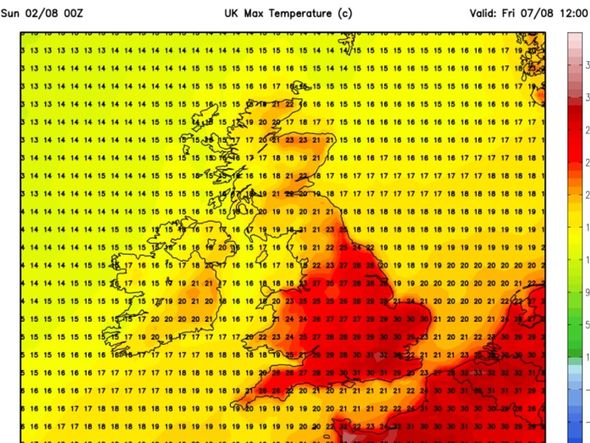 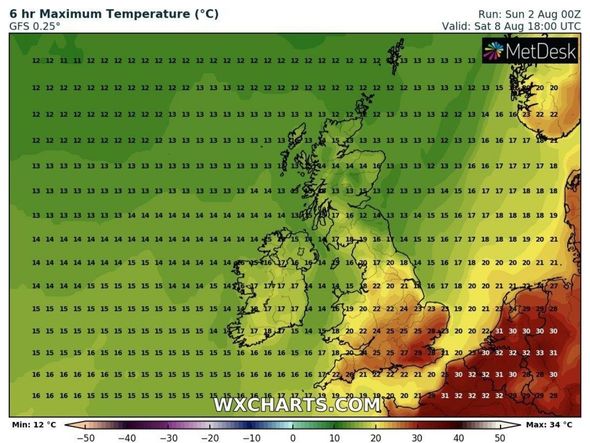 There could also potentially be some heavy outbreaks of rain over higher ground in some areas.

Met Office forecaster Greg Dewhurst told Express.co.uk: “It looks like this will generally clear away as we get to Thursday and towards the end of the week, with signs of it starting to become a bit more settled again.

“With temperatures gradually on the rise again, perhaps reaching the high 20’s as we get towards next weekend.”

According to Netweather maximum temperature maps, temperatures as high as 31C could appear on Thursday, August 6.

Friday is also forecast to be a scorcher, with maximum temperatures of 32C possible in the south-east.

Saturday looks likely to be a slightly cooler day than Thursday and Friday, according to WXCHARTS maximum temperature maps. 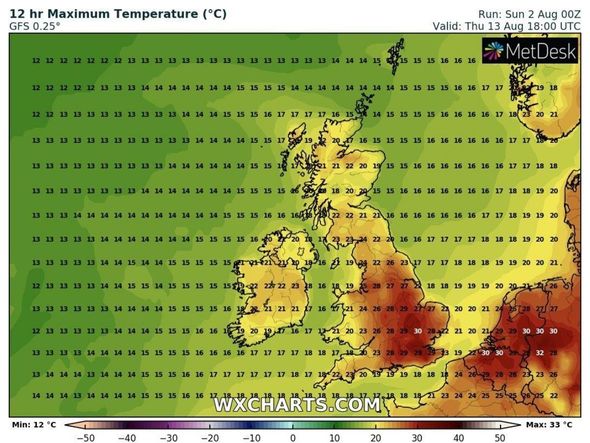 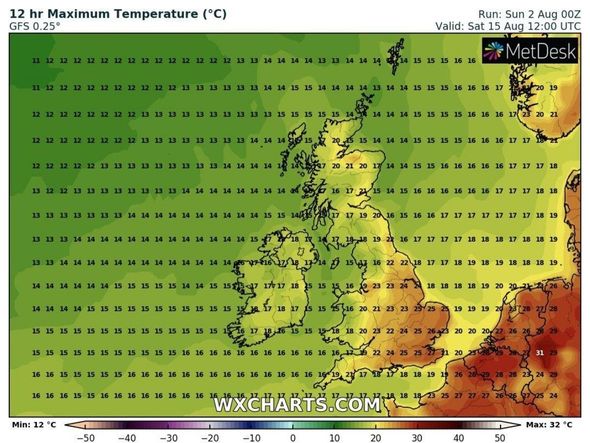 Although in parts of the south-east maximum temperatures of 29C are in the forecast, and temperatures above 20C are quite widespread across England and Wales.

On Saturday Scotland is forecast to see maximum temperatures around the mid to high teens, with a similar picture forecast for Northern Ireland.

According to WXCHARTS maps, the hot weather is likely to remain until at least Sunday, August 16, where maximum temperatures of 25C are forecast for parts of the south-east.

In the days leading up to August 16, many parts of southern and eastern England are expected to hit highs well above 20C.