‘I cannot be bullied, shut up or kicked off the TV’: Unrepentant Jim Davidson stands by YouTube rant saying Diversity should do a dance routine about black men mugging people

An unrepentant Jim Davidson has stood by his YouTube rant saying Diversity should do a dance routine about black men mugging people.

In a follow-up YouTube video called ‘Now The News Is Me!’, posted today, Davidson said: ‘I cannot be bullied, shut up or kicked off the TV’.

Yesterday the comedian, 66, questioned why Diversity performed a routine about the death of George Floyd rather than one about ‘mugging people’.

He also said ‘the Asian community who have big families are taking no notice’ of coronavirus restrictions and are living in ‘a bubble of 300 in a f****** house’.

In a second video he insisted he was only spouting ‘facts’ and it was up to others to decide whether they thought the facts were good or bad.

‘Let’s talk about the facts,’ he said. ‘Yes there are a lot of mixed race couples – when I say mixed race I mean one black person one white person – on adverts.

‘Now is that a good thing or a bad thing, you decide.’

He said he had received calls from ‘really sensible people’ who supported his video, adding a ‘very very famous television presenter’ told him he was scared of losing his job in the name of diversity.

‘This is the way the world is going and if you make a comment about it then you are racist. I’m not saying I like it or don’t like it,’ he said.

‘What I am saying now on this fabulous YouTube is that if I have offended anyone then I am absolutely sorry.

The comment’s weren’t all against Davidson. Underneath his latest video many expressed support for his rants 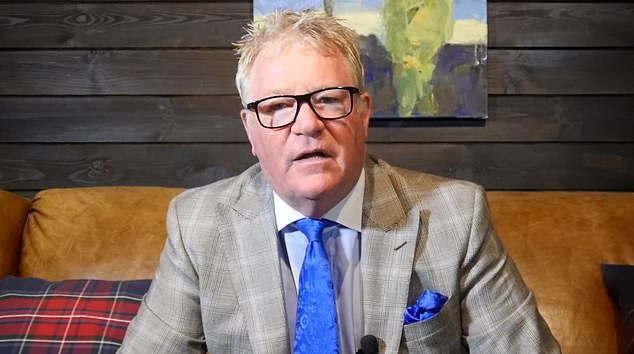 In a follow-up YouTube video called ‘Now The News Is Me!’, posted today, Jim Davidson (pictured) said: ‘I cannot be bullied, shut up or kicked off the TV’

‘I am just pointing out what is going on. I have always said I won’t so any more black jokes that’s fine. I won’t take the mickey out of black or Asian members of the audience.’

Responding to the criticism of his comments on Asian’s suffering from coronavirus because of large households he said: ‘I won’t go on and worry myself too much then that it’s the Asian community who are suffering the most from covid and I won’t encourage them not to mix in such great groups anymore.’

He asked his supporters to stand up for him online and denied accusations of racism, saying: ‘It’s not what I stand for, it’s just what I’m saying.

‘I can’t be bullied, I can’t be shut up. I can’t be kicked off the channel because it’s my own channel.’

Twitter users were quick to respond to the latest video. Many comments labelled Davidson as a ‘has been’ and accused him of racism

It comes after furious viewers rushed to Twitter to condemn the comedian’s original YouTube video – titled ‘Who Needs Diversity?’ –  as ‘racist’.

In the video, the Generation Game host said: ‘Diversity, what the f*** do you want?’

Diversity took to the Britain’s Got Talent stage earlier this month for a raw performance inspired by the Black Lives Matter movement.

Led by dancer Ashley Banjo, the former champions opened the performance by reciting a viral poem The Great Realisation by the singer Tomfoolery, about the BLM movement and police brutality.

During their performance, the group also narrated the death of George Floyd who died after police officer Derek Chauvin put his knee on his neck in Minneapolis on May 25 for nearly nine minutes.

In his expletive-laden rant, Davidson adds: ‘You just want to be famous don’t you. You want to be all around the world. That’s why you do it, you don’t give a f*** about George [Floyd].’

He goes on to say: ‘You don’t see white couples on adverts anymore, do you? Most TV presenters are non-white.

In yesterday’s video Davidson said his friend Gemma’s sister was ‘violently mugged by three black men’. He suggested Diversity ‘do a mugging thing’.

He went on to say the actions of the BAME community may be connected to an increase in Covid-19 cases in certain parts of England.

He says: ‘We are now going back down the snake because people are not bothering.

‘The BAME community, what the f*** that means. The Asian community who have big families are taking no notice and staying together.

‘They have a bubble of 300 in a f****** house. This is why it is happening in these areas. These areas are predominantly BAME areas.

‘So f****** sort yourselves out, rather than walking around doing knees and protesting. Save your family. Save your next door neighbour.’

Viewers quickly took to social media to condemn his views.

‘Jim Davidson is irrelevant so is clearly seeking attention.’

In response to her post, Penelope added: ‘I think the word you’re looking for (missing) is racist.

‘Jim wants to live in the 70s where he could tell his racist jokes to thunderous applause.

‘He’s always been vile, as are those who support, follow and agree with him.’

Jan Owen added: ‘Comedian Jim Davidson’s attack in a video I just watched on FB is an utter disgrace.

‘The man is, always has been, and always will be blatantly racist. Shame on him and shame on FB for allowing it on their social media platform!’

But the comment’s weren’t all against Davidson. Underneath his latest video many expressed support for his rants.

Emlyn Webster wrote: ‘I was going to tweet to you this morning but then I thought I’m sure I’ll get hassle but anyway you said it right.’

Another said: ‘Time someone spoke out but noone will listen jim.’

Paul Dulson said: ‘FFS…keep at it Jim, we need a voice of reason.’

At the start of this year, it was revealed that Davidson was to be grilled by police over claims he told a black train attendant ‘you aren’t welcome in this country’ in a row over the star’s over-60s rail pass, according to a witness.

The comedian admitted he was involved in a row at Euston station in October but insisted the Virgin worker was white and that his comments were ‘sarcastic’.

Author Paul Blanchard saw it unfold and made the complaint about the star’s behaviour – telling police the man was black.

He told The Sun in January: ‘I’ve been asked to provide further statements and the police officer handling the case said they’re pulling Jim in to speak this week.

‘It’s been three months but I’m glad they are doing something’.

Mr Davidson previously admitted to telling the train attendant to ‘f*** off’ but claimed he was a South African white man and had acted in a threatening manner.

Davidson added: ‘I wasn’t racist and the man was white. I’ve spoken to the police and told them what happened.

‘I did say: ”Welcome to our country”, in a sarcastic manner, because I couldn’t help myself.’

But Mr Blanchard insisted the man was black and added: ‘Jim repeatedly used the same kind of dismissive and abusive language.’ 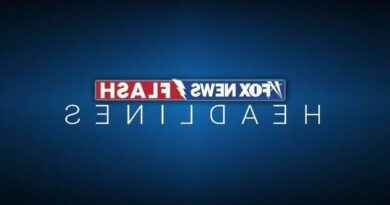 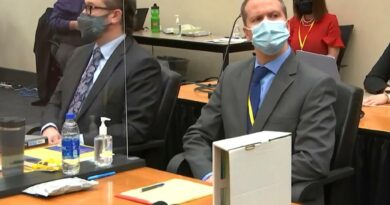