Vancouver police say they have seized a cache of firearms found at Oppenheimer Park.

Investigators say they were initially called to the park for a domestic dispute, but found no one injured and made no arrests.

“Officers did come across a number of firearms which were unattended and unclaimed,” said Vancouver police spokesperson Aaron Roed in an email.

Police would not confirm a report that at least one of the weapons appeared to be an assault rifle, and would not speak to the types of firearms “as this is an ongoing investigation.”

Vegan Jerky With a Kick 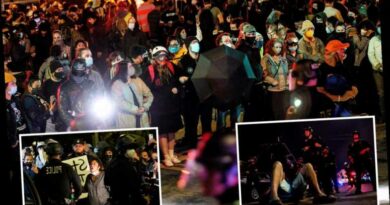