Many Victorians in bushfire-prone areas would risk their lives by choosing to "wait and see" rather than leaving early on days of high fire danger.

Fire services are worried about the risk posed by grass fires this season, although forecast wet conditions have made the bushfire risk generally lower than it was last summer. 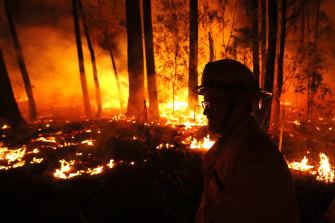 A fire in East Gippsland last January. The bushfire risk is expected to be lower this summer, but experts warn grass fires will pose a threat.Credit:Getty Images

The Country Fire Service's 2020 bushfire community study found almost half of the 600 respondents to a phone survey would opt to wait on high-risk days even after last summer’s disastrous bushfire season.

The survey was conducted in locations classified as at extreme risk of bushfire. They include the Macedon Ranges, Dandenongs and areas around the Great Dividing Range, including Victoria’s north-east and East Gippsland.

CFA Chief Officer Jason Heffernan said people who left it too late or were not adequately prepared to defend their properties were risking their lives.

"Leaving early means leaving the night before, or early in the morning of, a high-risk fire day," he said.

"It means it’s easier to make good, rational decisions and avoid panic, becoming trapped and risking serious injury or death. Waiting to leave means a drive that normally takes a few minutes could take hours, or you may not be able to get out at all."

The survey, conducted in April, also showed one-quarter of those in the "wait and see" group would do as much as they could to protect their property but leave if they felt threatened by fire.

One in 10 people from that group said they would wait for police or emergency services to tell them what to do. More than one-third of respondents said they would leave as soon as they were aware a fire could threaten their town or suburb.

Richard Thornton, chief executive of the Bushfire and Natural Hazards Co-Operative Research Centre in Melbourne, said grass fires would be a particular risk this season.

"The bushfire risk for summer is different to last season in Victoria, given the wetter conditions experienced during the year and the influence of La Nina," he said.

"These conditions mean there has been strong grass growth, and now that summer is here that grass is drying out and causing a fire risk."

He said people in high-risk fire areas should make a fire plan and discuss it with their families, including children, and account for pets and other animals.

"People underestimate what it takes to do good fire preparation that is specific to their own circumstances," Dr Thornton said.

Professor Michael Clarke from the La Trobe University School of Life Sciences said that after a wet year, grass fires could be particularly concerning for suburbs on the urban fringe.

"So the areas of risk are shifting a bit," he said.

Heavy rain can promote the growth of grass, which can dry out and burn quickly in short spells of hot weather. Fires in the bush will be less likely this year as a result of the rain, but Professor Clarke said a hot spell that lasts only four or five days could dry out the forests.

A state government report analysing Victoria's bushfire risk, released late on Friday, revealed that in 2019-20 there were 230,000 hectares of public land scheduled for fuel management. However, 130,000 hectares had been burnt by bushfires or were inaccessible to crews.

Forest Fire Management was able to burn about 37,000 hectares of public land and treated 17,000 hectares with mechanical means, the report said.

Budget 2020: Big tax break for hiring Armed Forces veterans to get more into work – The Sun

Brit woman arrested for having ‘sex on beach’ in Philippines 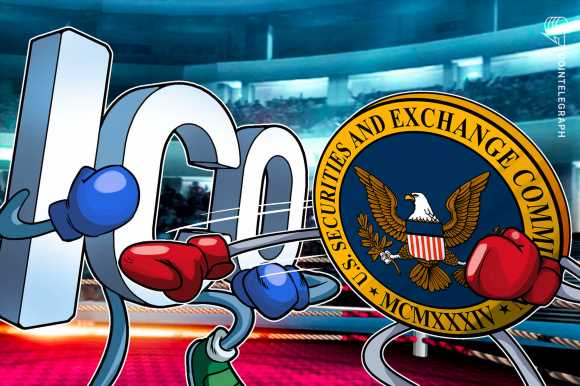