Wall Street trader is jailed for five years for $19million Ponzi scheme which saw him blow the proceeds on a Hamptons house, jewelry, wine, cars, cigars and a lavish engagement party for his son

A former Wall Street trader has been sentenced to over five years in prison after admitting to defrauding investors of $19 million in a Ponzi scheme,and blowing his victims’ cash on a house in the Hamptons, jewelry and a lavish party.

The sentencing followed his October guilty plea to wire and securities fraud. 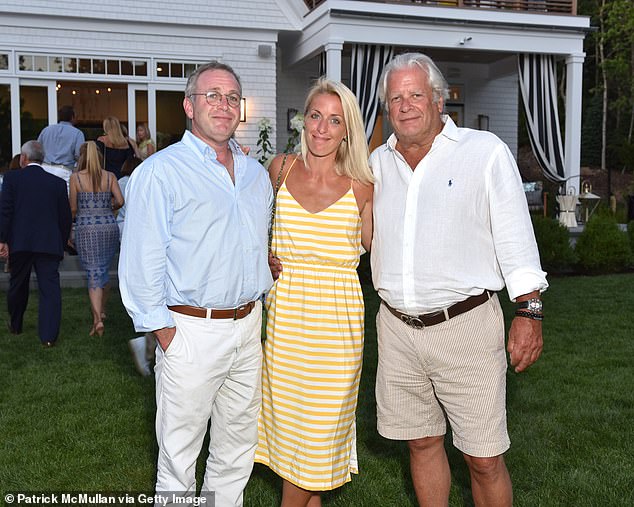 Paul Rinfret (right), pictured with daughter Amanda Schneider and her husband Scott Schneider, at a party in Sag Harbor in the Hamptons in July 2016. Rinfret has been jailed

Prosecutors said he carried out the fraud from at least 2016 through 2019, investing only a small portion of the money he raised from six victims.

According to the court documents filed by the SEC, obtained by Manhasset Press, Rinfret boasted to investors that the trading strategy had generated triple-digit returns as high as 362 per cent for Plandome Partners investors over a multiyear period, and that Plandome Partners had never lost money in a single month since 2012.

Rinfret told investors that Plandome Partners has been using a proprietary algorithm to day-trade S&P 500 futures contracts, state the documents.

But much of the money invested in the company was siphoned off.

When he did invest, he lost money but falsified monthly account statements to make it seem as though his investors were enjoying excellent results, prosecutors said.

Rinfret’s remarkable misuse of his investor’s funds was detailed by the SEC.

They said he used money from investors on a nearly $50,000 Hamptons vacation rental and $35,000 on custom kitchen cabinets.

The SEC and the New York prosecutors said he spent tens of thousands of dollars on the Manhattan venue where his son held an engagement party, in September 2017.

The party, at The Water Club – a barge on the East River, off midtown Manhattan – cost at least $30,000, court documents state.

Guests were photographed posing on a red carpet-style set up, in front of a screen with the hashtag: #RinfretAllDay. 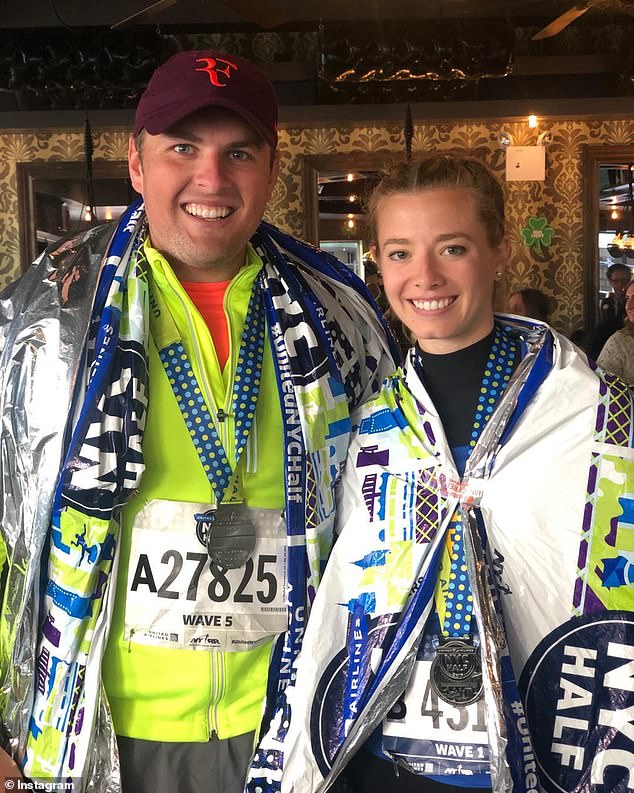 John Paul Rinfret, pictured at the NY half marathon, had his September 2017 engagement party in Manhattan paid for from his father’s illicit earnings, to the tune of $30,000 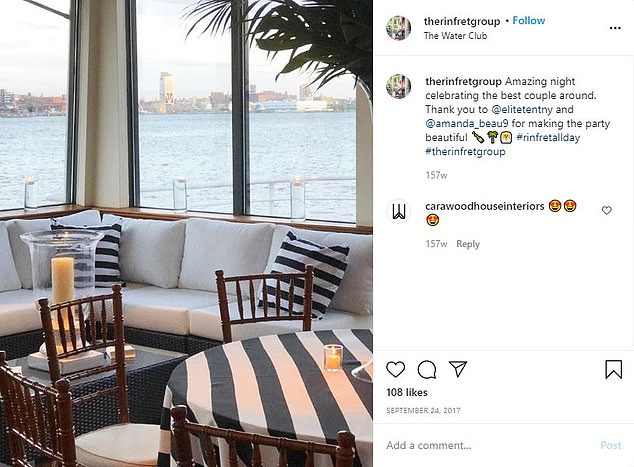 Rinfret withdrew almost $570,000 in cash from the Plandome Partners account, including more than $500,000 in ATM withdrawals.

When he was charged, in July 2019, Geoffrey Berman, the then-attorney for the Southern District of New York, said Rinfret ‘deceived investors at every step.’ 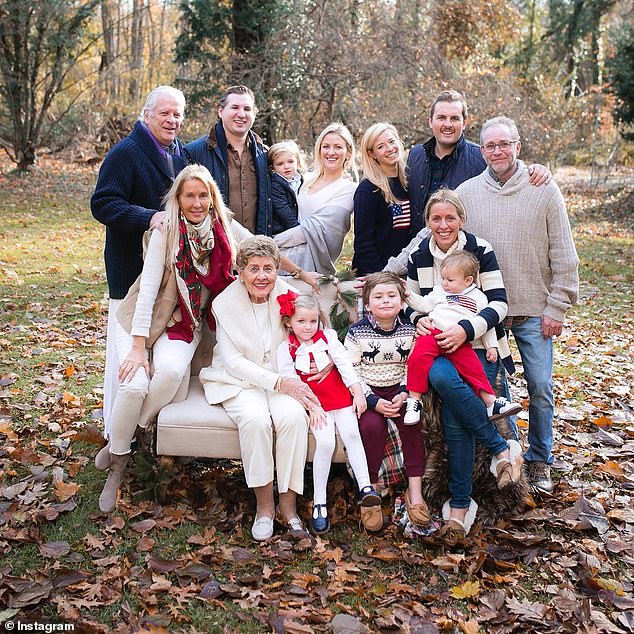 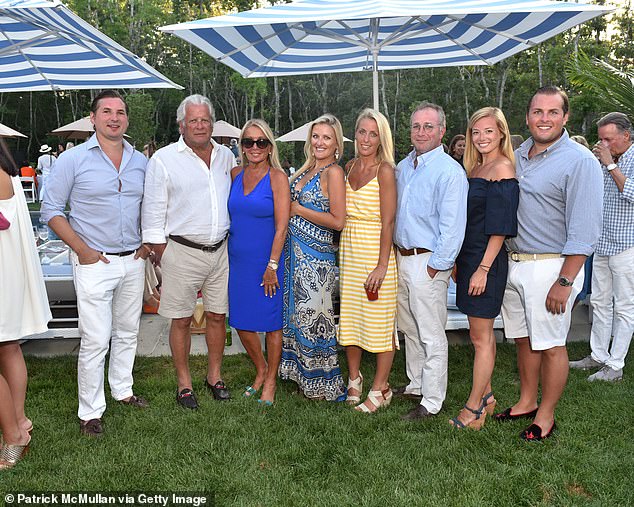 Two of his children – Amanda, Missy and John Paul – stopped speaking with him, and his home was foreclosed.

His family were unaware of his deceit, prosecutors said.

One of the family members that signed documents passed away in or about June 2014, but ‘Brokerage Firm 3’ account statements continued to go to that individual’s address through 2016.

SEC court filings state that Rinfret frequently called ‘Brokerage Firm 3’ on his cell phone after that person’s death and pretended to be the deceased person.

He also used the names of two of his three adult children. 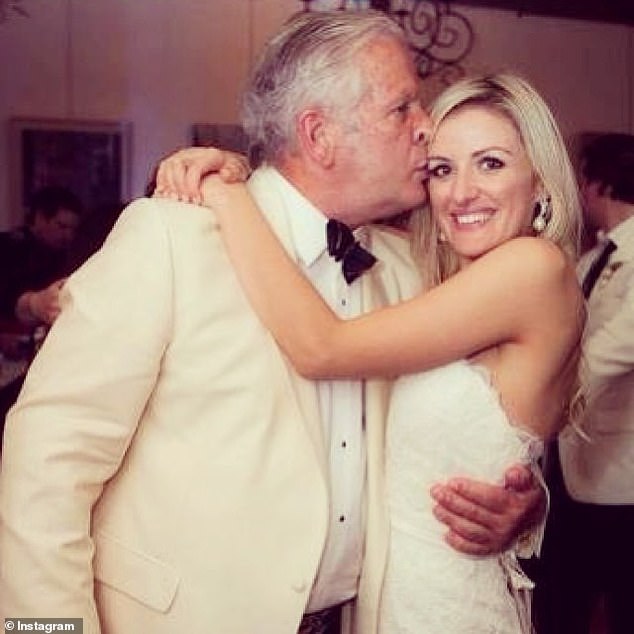 Paul Rinfret with daughter Missy Minicucci, photographed in 2013 at her wedding 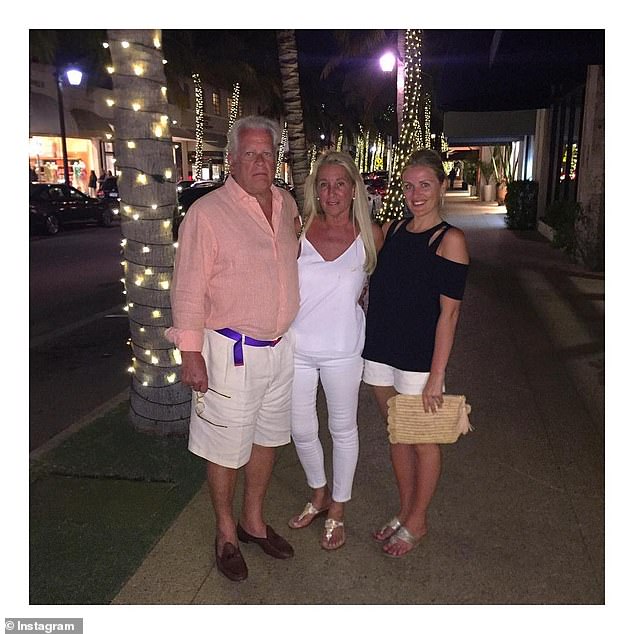 Paul Rinfret, wife Denise and their daughter Missy. Rinfret kept his family in the dark

In multiple calls with brokerage firms, he pretended to be his son, John Paul Rinfret – whose September 2017 engagement party he funded – and told the firms that he was only trading his own family’s personal fund, the SEC reports.

The Rinfret Group, an interior design company based in Roslyn, is owned by Denise and Missy.

‘They are shocked and saddened by what transpired.’

On Monday more than $20 million in forfeiture was ordered, along with over $12 million in restitution.

In a letter to the judge, Rinfret said: ‘I do not offer excuses. I made terrible mistakes for which I have and will continue to pay. All responsibility is mine.

‘I hate myself for the recklessness I showed.’

How did diver survive under sea with no oxygen for 38 minutes?