Home » Blockchain » Genso Kishi Online Metaworld is Reinventing Elemental Knights Online, which had over 8 Million Fans, Aims to be a Major Metaverse and GameFi player 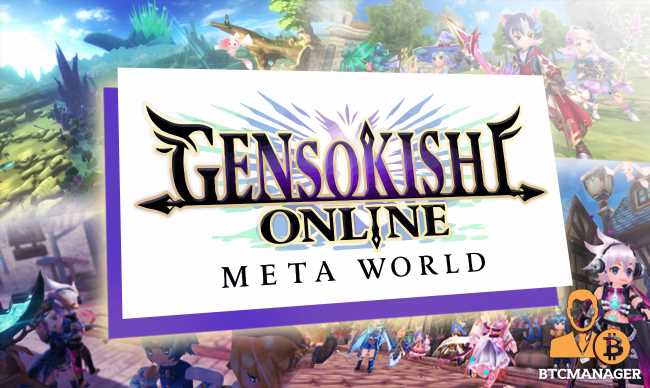 What happens when the ground begins to shift? The only natural thing for creators is to adapt. Adaptation is inevitable for survival—and nature has many examples. In the technology world, former giants like Kodak and Nokia are a shell of what they used to be. This is because they failed to move with the flow.

Gaming is highly influenced and shaped by technology. The dominating buzz in the multi-billion gaming industry is building gamer-centered and interoperable applications with guaranteed ownership. Ownership translates to income–especially for avid gamers spending thousands and uncountable hours indulged in some of their passions. Right about now, blockchain is the centerpiece.

Some of the top and biggest cryptocurrency-powered video games in 2021 are anchoring their operations on legacy and generation two or three chains like Ethereum, EOS, Tron, Solana, and Polygon.

Although Ethereum dominates, an increasing number of gaming developers are now deploying on Polygon. One of them is Genso Kishi Online Metaworld. It is easy to see why. Polygon is one of the most active networks that’s rapidly evolving to scale Ethereum while concurrently being a reliable platform with negligibly low trading fees. Polygon is super scalable, allowing the deployment of heavy dApps without sacrificing privacy.

In early December 2021, Genso Kishi Online Metaworld unveiled their official Telegram channel, allowing community members to keep up with the project’s development. As expected, for what the team plans on NFTs, GameFi, and the metaverse, the GensoKishi Online Metaworld game will be massive.

Their immediate objective is to popularize the flashing of the metaverse and GameFi.

GensoKishi Online is a new metaverse and Gamefi version of Elemental Knights Online that had over eight million users across the globe with roots in Japan.

For its popularity in consumer games like Nintendo Switch and PlayStation, Elemental Knights Online won the “Game of the Year Gold Award” in Taiwan back in 2012.

Intertwining Gaming with Blockchain, DeFi, NFTs, and the Metaverse

The reinvented GensoKishi now taps the power of the blockchain and a Play-to-Earn (P2E) model to support an entire virtual ecosystem.

In this arrangement, there are better experiences for gamers. Concurrently, they can convert their gaming passions to real-world rewards by trading in-game assets existing as valuable NFTs, which can be swapped for ETH in OpenSea—a leading NFT marketplace.

However, one of the most distinguishing attractions of the GensoKishi Online Metaverse game is the ability of users to generate their custom characters and content directly priming the blockchain-based game.

The decision to incline their metaverse towards the gamer and give them the power to generate custom characters—with unique attributes and skills– which can be swapped for other gaming items or fungible assets in the NFT marketplace will undoubtedly give them an edge over existing cryptocurrency-powered games.

This broadness is strategic. It means gamers can start the game anytime for free, acquire NFTs, create their custom characters, trade them on marketplaces, and even play-to-earn, depending on their priorities.

Additionally, since it is launching on Polygon, an inherently interoperable network, users can import NFTs from other blockchain games such as Axie Infinity and use them within Elemental Knights Online.

With the release of Gensokishi, Polygon’s VP of Growth Arjun Krishan Kalsy said:

“The Gensokishi Online project is a game from Japan that has already been released on playstation4 and Nintendo switch. It will be a GameFi version of a game that already has users in the gaming metaverse. We are glad that such a traditional game has entered the crypto industry and deployed on Polygon. Polygon will continue to support Gensokishi in its future success and look forward to seeing many such games deployed on Polygon.”

GensoKishi Online’s website went live on December 2, 2021. However, at the moment, the game’s metaverse is being built.

MMORPG and blockchain developers, together with expert cryptocurrency finance experts from across the globe, are already hard at work to realize the dream’s ideas. Elemental Knights, the game on which Gensokishi is based, is already available on Playstation 4, Nintendo Switch, iOS, android, and has users in the in-game metaverse. The development of such a high quality game requires huge development costs and a long development period of several years or more, but Gensokishi is already in the works, and the game will be fully released in August 2022.

At the moment, there is a whitelisting campaign ending on December 19, 23:59 (GMT+8), where 100 winners will have a chance to invest upto $100 of MV at the private sale price. Also, an official campaign on the game’s official website will be conducted to distribute “Limited Equipment NFT” to all users who join the social communities by December 27, 2021.

Bullswap: Bringing in the Wave of Defi and Power of Decentralized…