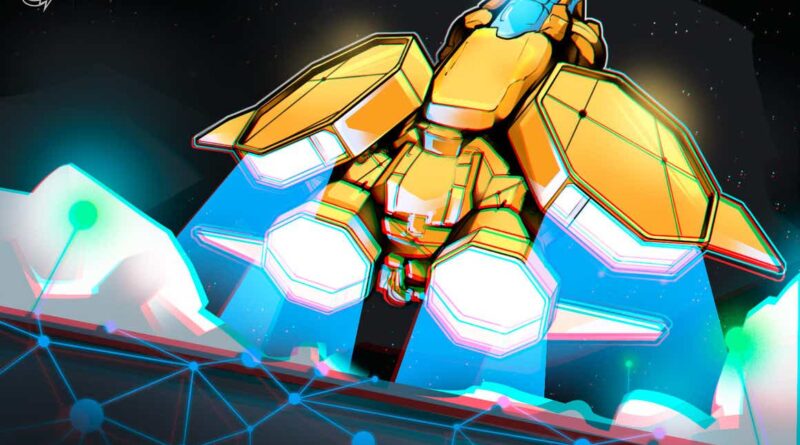 You can’t predict the future, but you can learn from the past.

And some crypto tokens are much (much) more predictable than others, when you analyze their historical trading patterns.

In fact, five cryptocurrencies in particular have exhibited the kind of trading predictability that could give sharp-eyed crypto traders a huge advantage in the markets.

These five tokens have all demonstrated one thing in common:

While this is a measure of past trading activity and (of course) not a promise of future performance, it’s remarkable to note that these tokens, led by Avalanche (AVAX) exhibit behaviors that consistently average out to major gains, even as other tokens – including AAVE and Curve (CRV) – tend to *decrease* in value over similar timeframes, and still other tokens exhibit few correlations to historical trading conditions at all.

If you have been following Cointelegraph at all this past year, you have probably read about proprietary data intelligence platform Markets Pro, and the quant-style trading indicator called the VORTECS™ Score.

In purely hypothetical, automated tests the metric generates some mind-bending ROI that can reach dozens of thousands of percent when compounded over several months.

When it comes to putting historical precedent to work as a regular investor, though, knowing each crypto asset’s individual habits is more helpful than marveling at the aggregate data. Here’s one way traders could tell which assets are more likely to follow familiar paths on the way to massive returns.

Whose history rhymes most?

The idea behind the VORTECS™ Score is to provide traders with a birds-eye view on multi-dimensional patterns in crypto assets’ past performance data. The key principle underlying the Score’s utility is that oftentimes individual tokens behave in recognizably similar ways in terms of trading metrics and social sentiment… days before their prices explode (or tank). When spotted early, these regularities can inform trading decisions, even though they are by no means predictive of price action.

The chart features twenty coins that have had the most instances of VORTECS™ Scores above 80 or 90, counted since the platform’s launch. 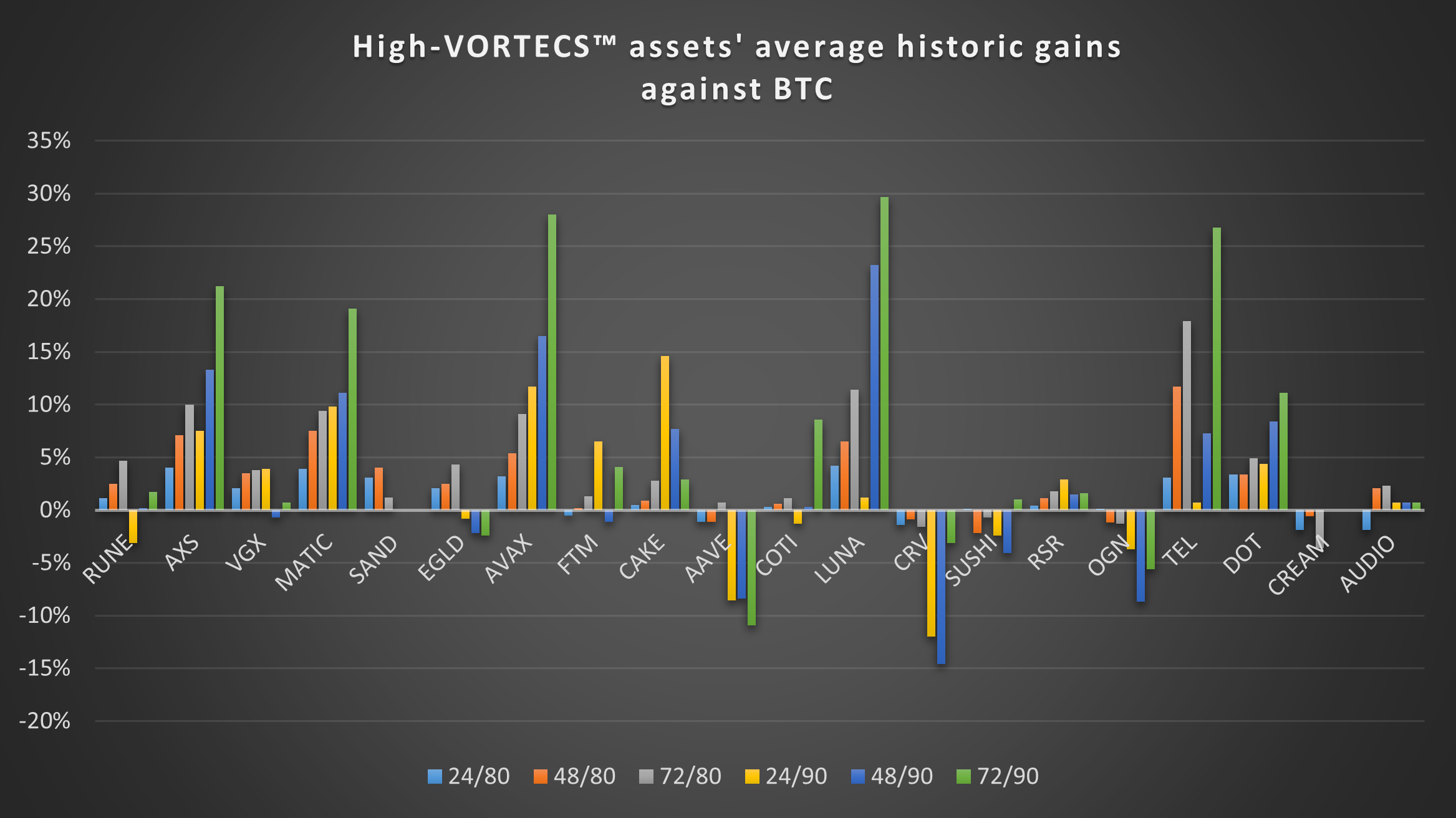 Avalanche (AVAX) is perhaps the most obvious and consistent trade for crypto investors using historical analysis as part of their research. Not only have high scores directly correlated with price appreciation, but the gains have reinforced the algorithm’s thesis perfectly.

Some others are also highly consistent, with bars sitting closely together.

Others delivered modest returns after hitting 80 but did exceptionally well after scoring 90:

Some bars even point below zero, marking those tokens that tended to lose value following high VORTECS™ Scores – however, these are vastly outnumbered.

The majority of crypto assets that cross the VORTECS™ Score of 80 see consistent appreciation in the next 24 to 72 hours, and often for a longer time.

What the chart suggests is that traders can be more confident when the VORTECS™ Score lights up on AXS, MATIC, AVAX, LUNA, and TRB while exercising more caution with the likes of AAVE or CRV.

The Markets Pro team constantly tracks the performance of individual assets as well as the Score itself. Detailed breakdown of relevant data points is published every weekend in the weekly VORTECS™ report to help subscribers make the best out of their membership.

Cointelegraph Markets Pro is available exclusively to members on a monthly basis at $99 per month, or annually with two free months included. It carries a 14-day money-back policy, to ensure that it fits the crypto trading and investing research needs of subscribers, and members can cancel anytime.

Cointelegraph is a publisher of financial information, not an investment adviser. We do not provide personalized or individualized investment advice. Cryptocurrencies are volatile investments and carry significant risk including the risk of permanent and total loss. Past performance is not indicative of future results. Figures and charts are correct at the time of writing or as otherwise specified. Live-tested strategies are not recommendations. Consult your financial advisor before making financial decisions.