A tie-up between payment processor Advcash and Bingbon will help the social cryptocurrency trading exchange extend its services to Ukraine, Kazakhstan, and Russia through a newly introduced fiat on and off-ramp.

Outside of North America and Asia, Eastern Europe commands one of cryptocurrency’s biggest communities of miners, developers, and traders. At one point, just Russia was behind the U.S. and China in terms of bitcoin mining hashrates.

A 2020 Chainanalysis report substantiates this trend, highlighting that the highest concentrations of cryptocurrency adoption worldwide were centered in Ukraine and Russia in terms of value exchanged between July 2019 and June 2020. The same report highlighted that approximately 12% of all global transaction volume was based in Eastern Europe, making it a sizeable target for exchanges and other crypto services providers.

But the fiat on-ramps for this geographical region are fewer relative to other jurisdictions, and one reason may be the highest convergence of global illicit crypto activity being located within its boundaries. Still, de-dollarization in Russia and familiarity with alternative payment methods since the fall of the Soviet Union have this population primed to embrace cryptocurrencies, especially given the highly fragmented banking coverage in former Soviet states.

For Bingbon, the move helps the social crypto exchange compete with other highly entrenched players in the region, like Binance and Huobi Global. For clients, it means an easier on and off-ramp for their fiat currencies to purchase bitcoin, ethereum, litecoin, bitcoin cash, ripple, zcash, and tether (USDT) in Bingbon’s ecosystem to access multiple products, including social trading.

The decision by Bingbon to expand support for Eastern Europe coincides with a great miner migration out of China in search of affordable electricity and supportive government policies. Among them, Bit Mining, based out of Shenzhen, began transferring its first batch of mining units to Kazakhstan last month as the Chinese Government expanded its crackdown on cryptocurrency miners. They are just one of the mining consortiums eagerly seeking new frontiers with an abundance of cheap energy.

Kazakhstan has responded to the influx of operations and equipment with a new electricity surcharge for crypto miners. Meanwhile, the Ukrainian government is also embracing cryptocurrency to an extent after selecting a bid for a cryptocurrency mining operation located next to a nuclear power facility.

While these Eastern European nations might provide friendlier cover for mining thanks to affordable power, governments are taking enforcement seriously. Ukraine is cracking down on illegal mining, evidenced by the July 10th seizure of nearly 5,000 mining units that were stealing power from the grid. Meanwhile, Russia is drafting new legislation intended to combat criminal use by helping the country legally seize cryptocurrency gained through illicit activities.

What do you think of crypto adoption in Eastern Europe? Let us know in the comments section below.

Hasbro Plans NFTs for Magic: The Gathering and More 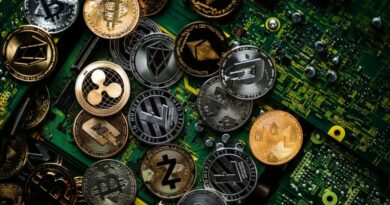 What Are Cryptocurrency Affiliate Programs and How Do They Work?