Optimism is bordering euphoria in the cryptocurrency market after a trove of documents pointed toward the eventual approval of Valkyrie’s Bitcoin (BTC) exchange-traded fund, or ETF, application by the United States Securities Exchange Commission before the end of the month.

Data from Cointelegraph Markets Pro and TradingView shows that price action for BTC spiked in the early trading hours on Friday, with bulls managing to rally to an intraday high at $61,880, marking the first time BTC has surpassed $60,000 since April. 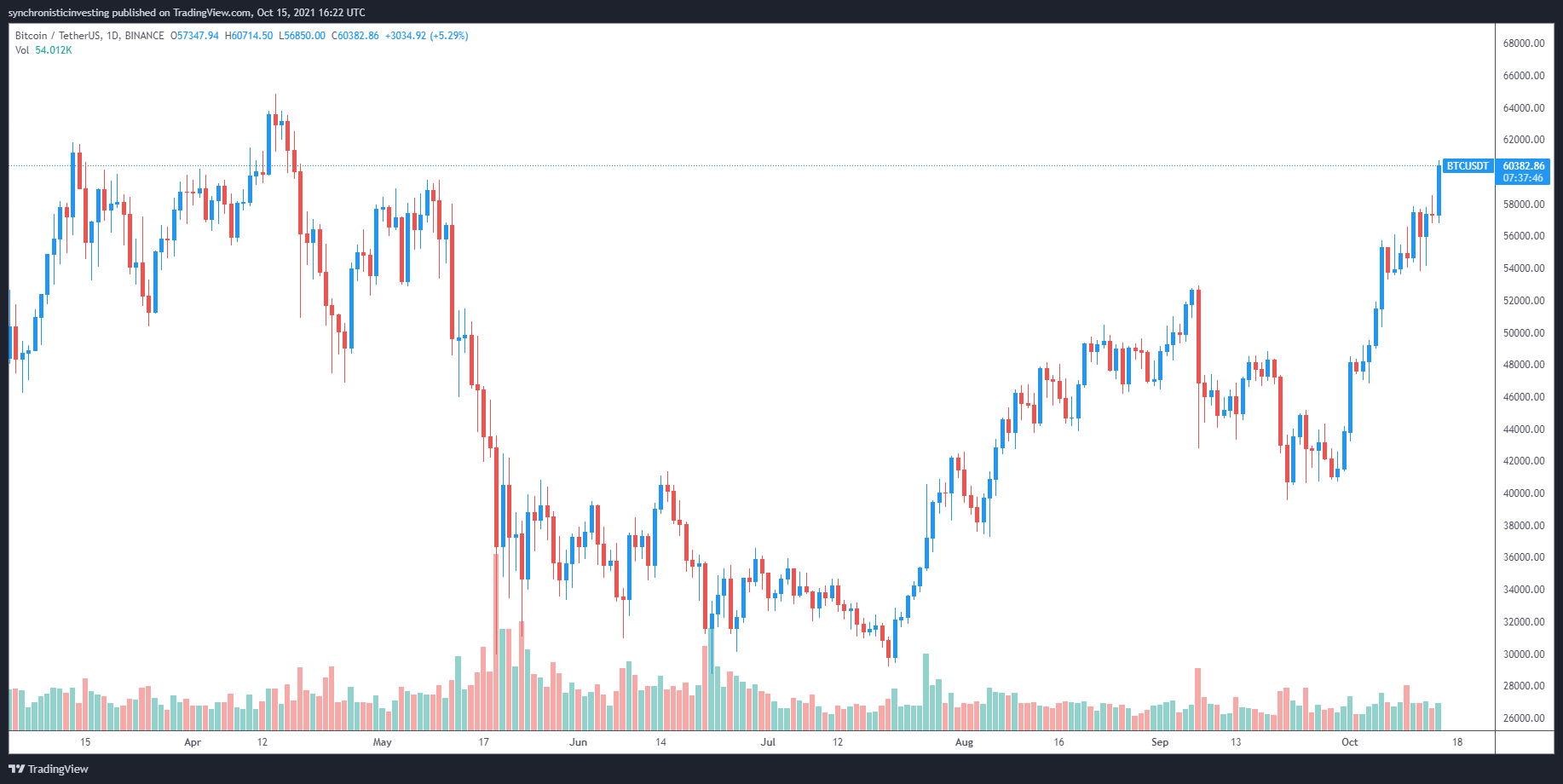 Here’s what traders and analysts are saying about what comes next for Bitcoin now that its price is back above $60,000 and the long-awaited Bitcoin ETF looks ready to become a reality.

On the precipice of a massive breakout

According to pseudonymous cryptocurrency analyst and Twitter user Rekt Capital, Bitcoin’s move on Oct. 15 ha it trading just below a major resistance level that is the last barrier standing in its way from exploding into uncharted territory.

From this perspective, if BTC can manage to post a weekly close above this level, there is “exponential upside” potential as price discovery will not be hampered by previously established resistance zones while bulls will attempt to fulfill the calls for a $100,000 BTC price.

Insight into the long-term trajectory of the cryptocurrency ecosystem was provided by Konstantin Shugla, CEO and co-founder of Finery Markets, who indicated that “rypto markets are going the same maturity route as other traditional asset classes.”

According to Shugla, the growth in the sector is beginning to attract “a new level of mass institutional adoption that no firm can ignore anymore,” and the approval of an ETF will likely result in more institutional and retail inflows “from investors that were previously concerned with infrastructure/regulation risks.”

“That will cause more volume and arbitrage opportunities for underlying instruments. I expect both historic records in terms of pricing and volumes can be hit in October and November.”

Related: Bitcoin gets green light for price discovery with ‘almost no supply’ on exchanges above $59K 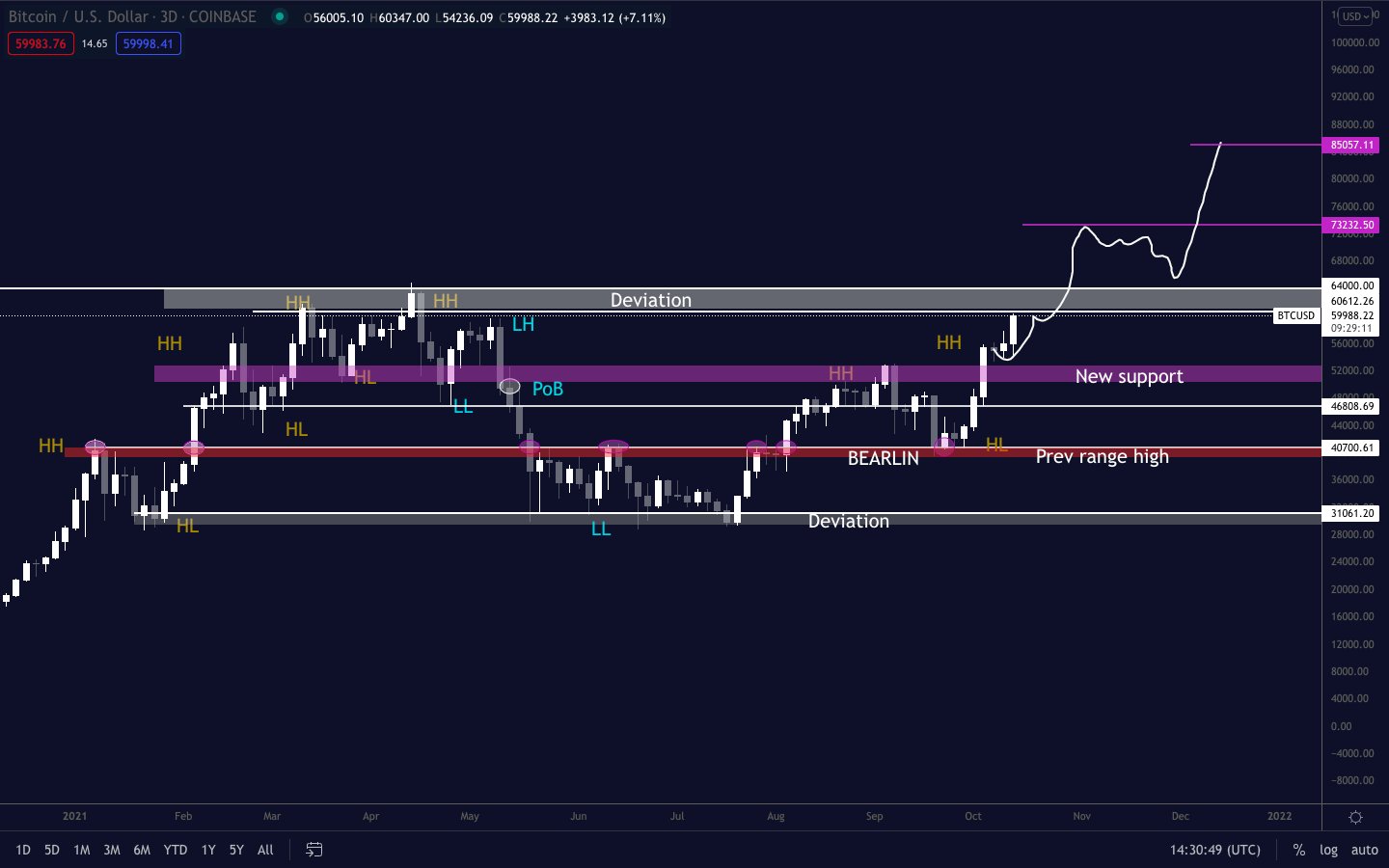 According to Pentoshi, Bitcoin has now “taken out the macro lower high from when it topped” and started to form lower lows and lower highs, and now looks to form “a new trend of higher highs and higher lows.”

“It’s only a matter of time before all-time highs with this structure.”

Coinbase Planning to Raise $1.5B in Bond Sale 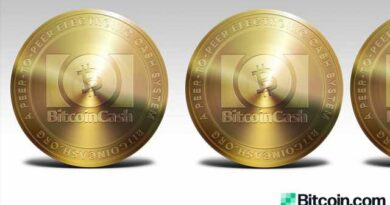