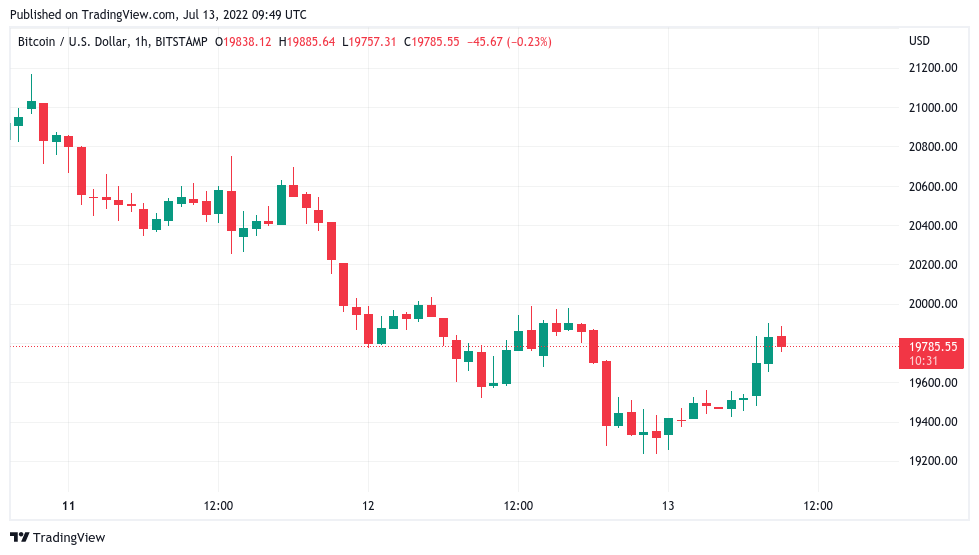 Previously, the U.S. government had warned that the CPI figures were expected to be “highly elevated,” with unofficial projections from other sources indicating a year-on-year inflation increase of nearly 9%.

“CPI coming out at 8.8% today. Watch. I’ve got a strong feeling this is the number,” popular crypto YouTuber Ben Armstrong agreed.

Biding its time meanwhile was the U.S. dollar index (DXY), which lingered at just above 108 after a corrective move from fresh twenty-year highs. 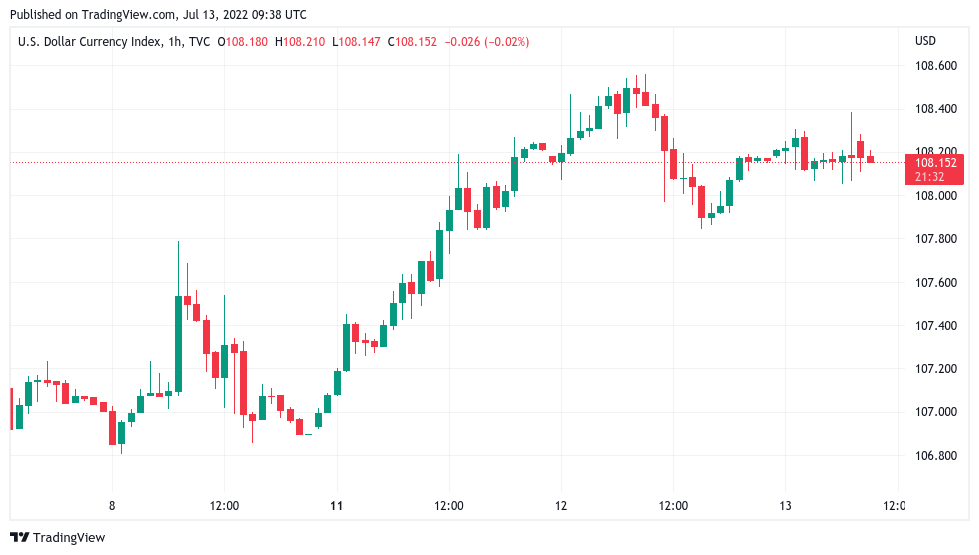 Analyzing the potential for the Federal Reserve to continue interest rate hikes to tame inflation, meanwhile, one analyst argued that there was already little, if any, room for maneuver.

“We are at the point where the fed would usually halt rate hikes and begin easing again,” Reddit and Twitter user TheHappyHawaiian explained:

“As they gear up for 75bp in a couple weeks, they would be knowingly blowing up the system.” 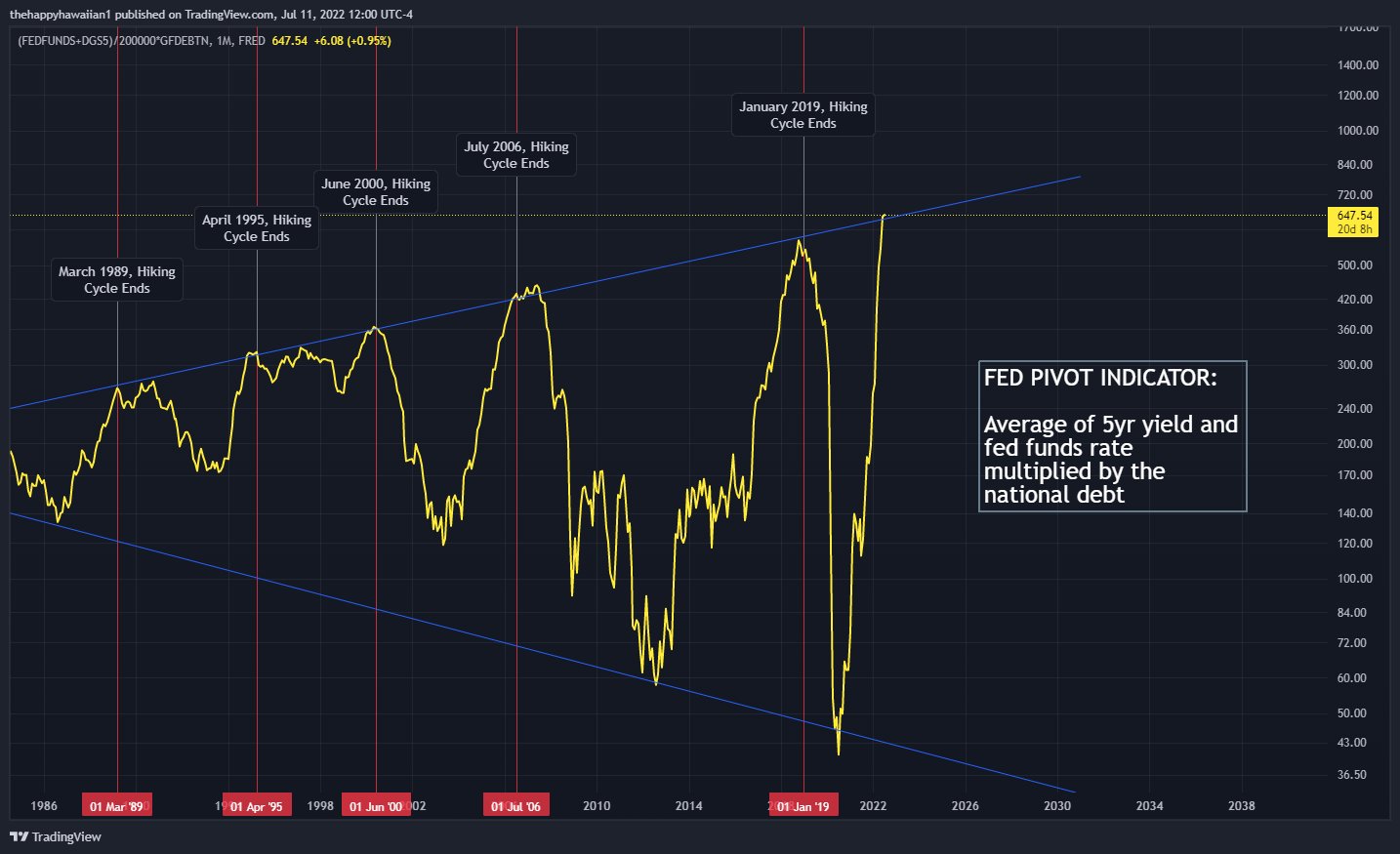 Altcoins were somewhat predictably in lockstep with BTC ahead of the inflation numbers. 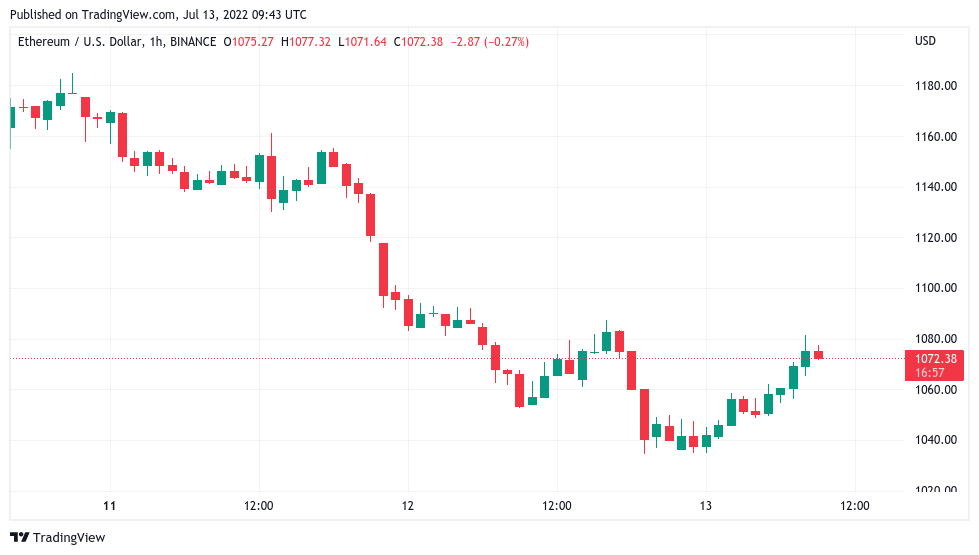 Other tokens in the top ten cryptocurrencies by market cap were static on daily timeframes.

For Cointelegraph contributor Michaël van de Poppe, however, there was still reason to believe that selling pressure was circumstantial rather than a longer-term trend.

“Yes, the markets should have been correcting, but right now, the valuations of crypto and Bitcoin are way lower than what they should be, due to forced selling from 3AC, $LUNA, and more,” he argued: