In a Twitter update on Thursday, PlanB, creator of the stock-to-flow family of BTC price models, cast fresh doubt on a Bitcoin bear move.

With BTC/USD trading at $47,000 this week, PlanB has a lot to be confident about.

His recent prediction of a minimum monthly close for August exactly matches current prices — and if the remaining four are just as accurate, Bitcoin could end 2021 at $135,000.

Stock-to-flow’s first incarnation demands an average BTC price of $100,000 this halving cycle, but May’s about-turn gave its time-tested precision a run for its money.

PlanB has nonetheless stuck by it, arguing that it has not yet been invalidated and that there are no proven better alternatives.

One such alternative model, which now appears unlikely to come true, is the logarithmic “diminishing returns” chart originally produced by Bitcointalk forum user Trololo in 2014.

An adjusted version calculates just $30,000 for BTC/USD at the end of this year, something that PlanB believes is less likely than stock-to-flow’s $100,000.

“Next months will be key,” he added in comments on an accompanying chart contrasting the two models. 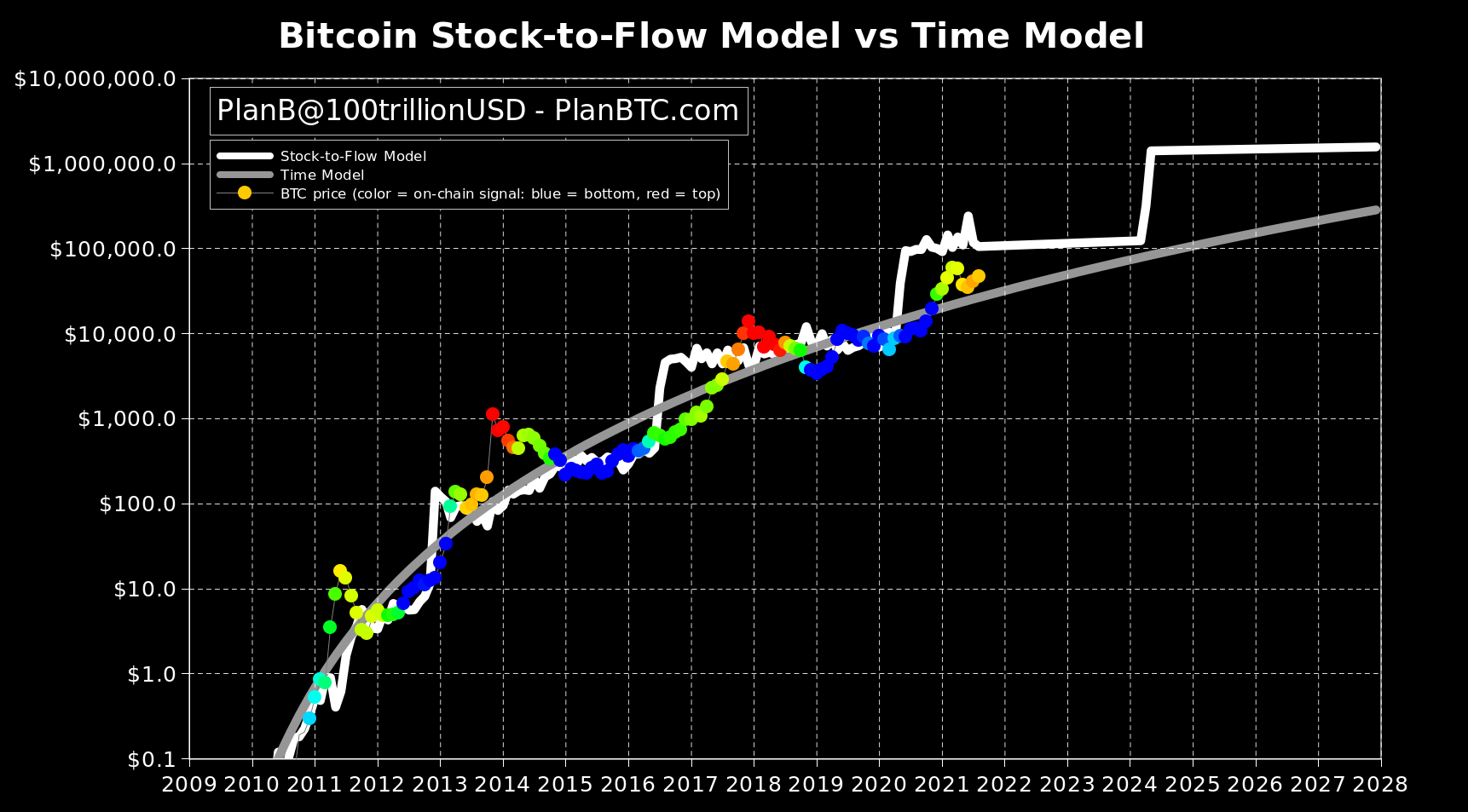 As Cointelegraph reported, short-term BTC price analysis is erring on the cautious side this week.

As $50,000 remains out of reach as support, opinions are differing over the potential impact of the United States Federal Reserve’s annual Jackson Hole summit, which is shortly to get underway.

Zooming out, optimism remains the name of the game, with data hinting at a fresh bullish surge to come before the year is out. This would copy other post-halving bull market years, notably 2013’s double top.

Why Tether Will Continue to be a Hit Amongst Crypto Traders?

Buffett Sees Bitcoin as a Store of Fear, Not a Store of Value Says eToro’s Yoni Assia