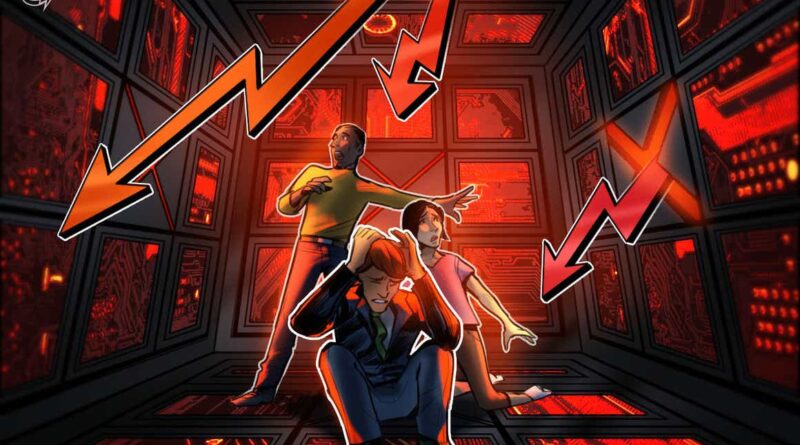 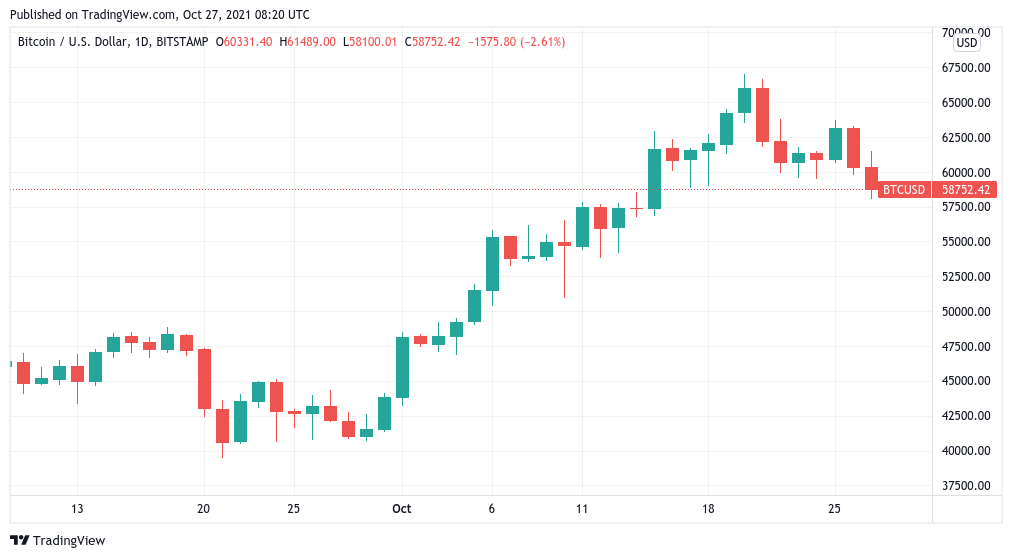 Data from Cointelegraph Markets Pro and TradingView showed BTC/USD nearing $58,000 at the time of writing, hitting its lowest since Oct. 15.

The move follows multiple retests of $60,000, with Bitcoin now taking liquidity in a large support wall with $57,000 as its base.

Analysts, as Cointelegraph reported, were already prepared, with some data suggesting a deeper dive to a low as $50,000 would still preserve the overall bull trend.

“Basically Bitcoin looks incredible here on most metrics, but leverage traders have gone out of control,” he argued.

“We won’t get sustainable price rises until that changes.”

Data showed $500 million being liquidated in a single hour across cryptocurrency. 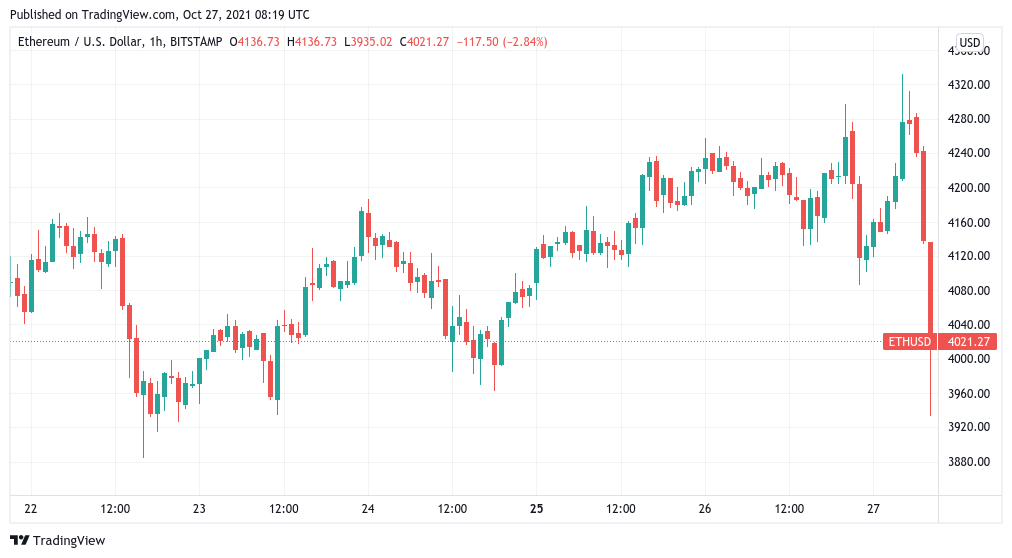 Several of the top 10 cryptocurrencies by market capitalization saw daily losses of over 15%, including Dogecoin (DOGE) and Solana (SOL).

Shiba Inu (SHIB) was still largely in the green, up 23% on the day despite the market turnaround and continuing a wild month. 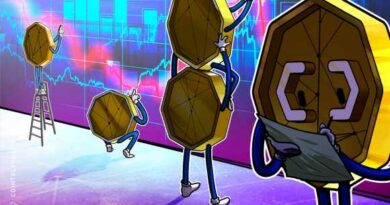 Here's why altcoins are dropping as Bitcoin price inches closer to $50,000