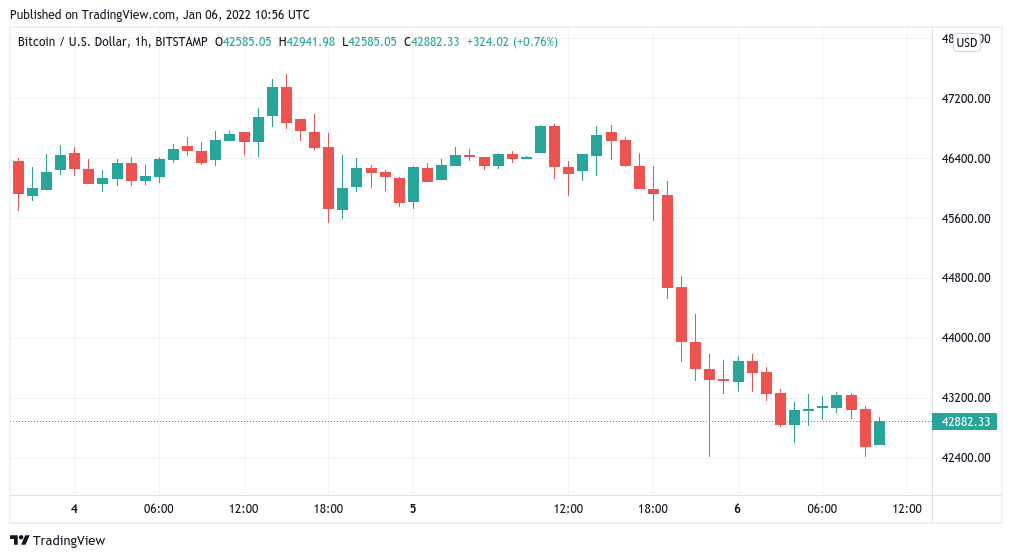 Data from Cointelegraph Markets Pro and TradingView showed BTC/USD dropping overnight to hit $42,000 for the first time since December.

Although not the upside breakout that many had wanted, the move was nonetheless predicted, Bitcoin essentially “filling” the space left after it briefly wicked to $41,800 early last month.

Those lows were the result of a liquidation cascade, and while long positions also felt pain this time around, skepticism remained as to whether the revisiting of $42,000 had been enough to put in a price floor.

“Honestly surprised we didn’t see more of a flush today if this was aggressive longs built up. Could still resolve to the upside,” analyst William Clemente wrote in a series of tweets about the action.

“All I know for sure is that this party is just getting started.”

Clemente was among those already calling for more volatile conditions this month and noted that the majority of Bitcoin futures open interest (OI) remained. As Cointelegraph reported, OI had hit all-time highs in BTC terms during the week.

As ever, those zooming out found comfort and familiarity in Bitcoin price action versus historical behavior.

“Comparisons to past cycles aside, price/indicator action and volume behavior suggest to me that 2021 was effectively a year of consolidation (similar to 2019-Q3 2020) and that is likely to lead to another market impulse before the next major correction,” he added in his own set of posts as the market began to dip.

Market most fearful since July 2021

For the average retail investor, however, it looked as if there was little hope left — at least on the day.

The Crypto Fear & Greed Index halved during the dip to 15/100 — deep within the Index’s “extreme fear” zone and its lowest level since last July.

As Cointelegraph reported, jitters in sentiment were already palpable as 2022 began. 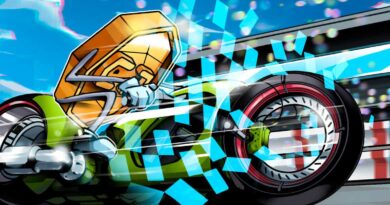