Home » Business And Finance » Buckle your seatbelts: NY Attorney General to decide on Tether in 30 days

iFinex Inc., parent company of stablecoin operator Tether and the Bitfinex exchange, has produced a “substantial volume” of documents to support its case against New York Attorney General Letitia James. The outcome of the case could have a huge impact on digital asset markets, with Tether regarded as the asset that backs up much of BTC’s (and other popular assets) price.

It will now be another 30 days before the Office of the Attorney-General (OAG) makes a decision whether to continue with further proceedings, or issue a final status update.

Charles Michael, partner at law firm Steptoe specializing in securities enforcement, confirmed in a letter to Justice Joel M. Cohen that respondents had “largely completed” production of the documents required for a scheduled January 15 hearing. However, he noted that some “supplemental agreed-upon items that need to be completed,” suggesting iFinex was still holding some information important to the matter.

The 30-day period, during which parties agreed to maintain Tether’s current status quo, is for iFinex to produce any remaining materials and for OAG to review all documents, and discuss what should happen next.

The result is likely to be a ruling that imposes penalties on iFinex and Tether (the company that oversees the USDT asset) and/or demands they become more transparent in their future operations. A large complaint about Tether among market participants is the opaque nature of its governance, and exactly what assets “back” its value.

Tether (the asset) or USDT is a blockchain-based digital asset “stablecoin,” with the value of each unit nominally backed by real-world U.S. dollars and other assets. It is the primary counterparty to BTC trades on several popular cryptocurrency exchanges, including Bitfinex, and also serves as a fast and easy way for traders to move USD value between exchanges.

U.S.-based exchange Coinbase, which does not support USDT, describes Tether as “a token that attempts to be tied to the US dollar,” and that its price is “ideally” equivalent to US$1.00.

Tether has faced accusations from many in the digital asset industry that it is a form of privately-issued fiat currency, backed not by “real” dollars in any meaningful way but minted in ever-increasing quantities to buy (and inflate the price of) assets like BTC. The total USDT market cap is US24.5 billion, and 16 billion new USDT units have entered the market since March 2020.

If the accusations are true, then BTC’s current US$35,544 valuation and its all-time-high of almost $42,000 per unit in January 2021 is based more on Tether production than new investors flooding into the market. It is certainly not based on increase in BTC utility or use in the economy outside of digital asset markets—BTC has a crippled transaction volume and high fees, and most of its transactions are to and from trading platforms.

What if ‘too big to fail’ ended in actual failure?

Some pundits have even described Tether as “too big to fail” and “an unstoppable force of nature” for the digital asset industry. The former expression carries an even more ominous tone in these markets than it does in the banking sector, since no government is likely to step in and bail out Tether’s affiliated companies or investors. The “too big to fail” would mean it simply fails, taking much of the digital asset market with it.

Some have noticed that USDT production stopped around the deadline for iFinex to submit its documents to the New York OAG. The BTC price has also dropped or stayed static since then.

The NYAG’s case began in April 2019 after allegations Bitfinex had lost US$850 million, and was attempting to cover the loss with USDT. Tether/iFinex have maintained they are innocent of any wrongdoing, and that many assertations made against Tether’s operations are false. Moreover, they have insisted none of Tether’s operations lie within New York’s jurisdiction—a claim the OAG disputes, citing several ties to New York-based business.

The matter looks certain to be settled one way or another in 30 days’ time, while the digital asset market looks on nervously. Should Tether become unable to mint new USDT units in massive quantities in the future (which seems the most likely outcome), it could have a negative impact on the BTC price—and cause BTC investors to look again at what (if anything) the asset can actually be used for.

Follow CoinGeek’s Crypto Crime Cartel series, which delves into the stream of groups—from BitMEX to Binance, Bitcoin.com, Blockstream, ShapeShift and Ethereum—who have co-opted the digital asset revolution and turned the industry into a minefield for naïve (and even experienced) players in the market. 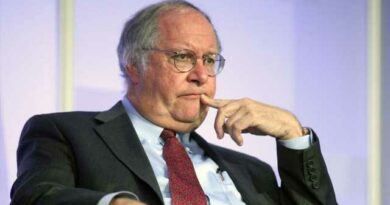 Fund Manager Bill Miller Lauds BTC- Says 'Bitcoin Could Be Rat Poison, and the Rat Could Be Cash'

MicroStrategy May Soon Hold Upwards of 0.4% of All Bitcoin