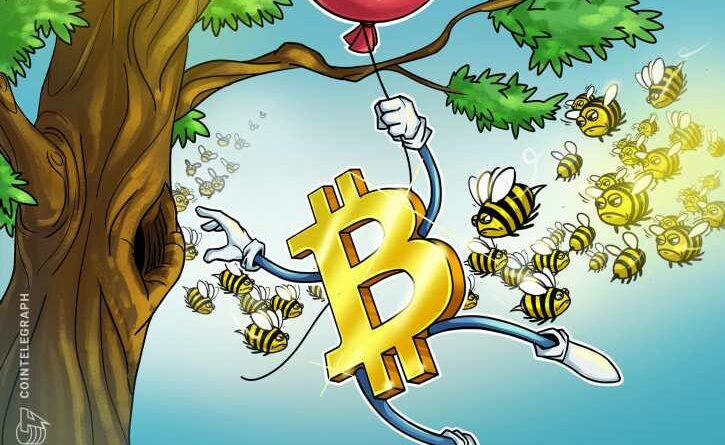 Bitcoin (BTC) hodlers got a serious test of their resolve on Jan. 11 as the largest cryptocurrency approached $30,000.

The move extends a reset of the market that kicked in over the weekend after Bitcoin hit all-time highs of $42,000. 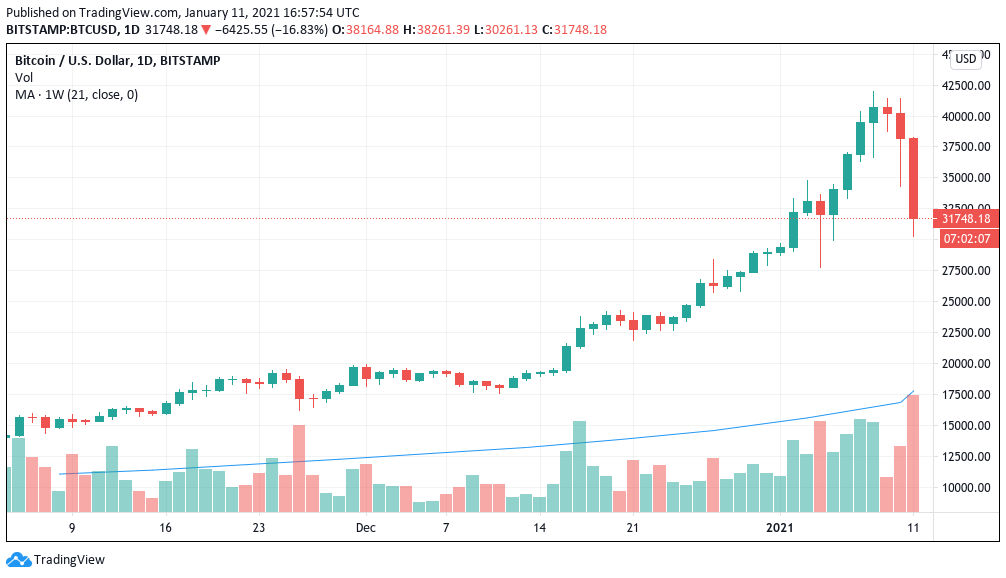 A slow comedown accelerated through Sunday, with Monday continuing the selling pressure with little respite for traders attempting to “buy the dip.”

While traders were hardly panicked by what remains standard behavior for Bitcoin, prognoses began to favor a break from the kind of parabolic action of recent days and weeks.

For Cointelegraph Markets analyst Michaël van de Poppe, a useful reference for defining a mid-term floor lies in Bitcoin’s 21-week moving average (MA). Currently at $18,000, the indicator will be rising to match previous price growth while the price itself may continue to fall, with the two meeting in the middle of the resulting range to form a bottom.

“If you’d ask me a scenario for #Bitcoin, I think we’ll see something like this in which the 21-Week MA comes in to play as support too,” he tweeted on Monday.

“Altcoins to do really well from the bottom.”

As Cointelegraph reported, the run above $40,000 may have incentivized miners to pause for profit-taking, with data showing that sales had reached their highest since July 2019. In addition, concerns revolved around the market being overleveraged after such rapid gains.

“Long positions had gotten very large, and so prudent risk management dictated that long holders, including miners, take a little off the table,” Chad Steinglass, head of trading at exchange CrossTower told Cointelegraph in private comments.

“The fact that this action occurred over the weekend, when traditional asset players were off from work, and when potential new inflows of cash from new investors were not yet hitting institutional players accounts, lead to order flow shifting to be unbalanced, this time sellers dominating.”

Steinglass added that the status quo may naturally shift in bulls’ favor as the trading week gets underway.

“It remains to be seen whether the start of the work week in the US and the opening of traditional banking hours will bring with it enough support from inflows to balance or overcome the sell interest or not,” he concluded.

“Bitcoin is trading down largely as a result of profit taking. Since we are still so far above the all-time high set before this recent bullish run up, it remains to be seen how much further we can fall,” he told Cointelegraph.

“Though we don’t anticipate this, a fall below $20,000 could be a bad omen for the conviction institutions have behind their Bitcoin allocations, since they largely stepped in around the $20,000 price level.” 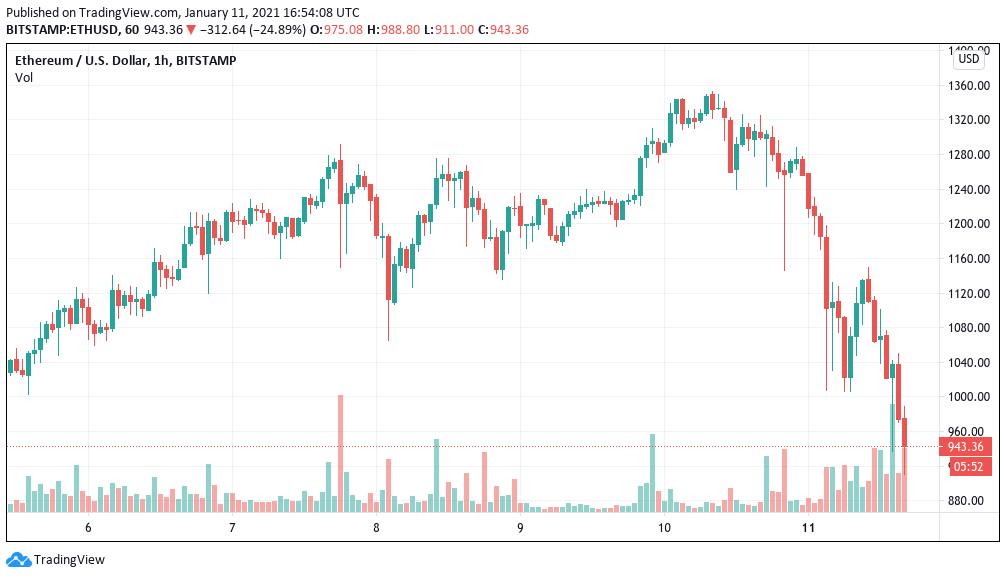 In line with van de Poppe’s comments, altcoins were wary at publication time, with many of the top 10 cryptocurrencies by market capitalization seeing 20% losses on the day. Ether (ETH), the largest altcoin, quickly lost the $1,000 support to trade at $950.

Has the Dutch Central Bank overstepped a boundary?