Celsius Network is reportedly hiring new lawyers to carry out its restructuring process. Per a report published by WSJ, the firm will now be seeking legal assistance from Kirkland & Ellis LLP.

JUST IN: Celsius Network hires lawyers to advise it through potential bankruptcy and restructuring plans, the WSJ reports.

As reported earlier, the firm hired Akin Gump Strauss Hauer & Feld LLP last month after pausing crypto withdrawals and deposits on its platform. However, according to WSJ, the firm has now recruited Kirkland & Ellis LLP to handle its restructuring processes.

“Celsius brought on lawyers from Kirkland & Ellis LLP to advise on options including a bankruptcy filing,” WSJ reported

The process of restructuring is one of the crucial elements of corporate culture and is defined as a process that includes a plan approved by the court in which a firm restructures or reorganizes its finances to pay its creditors back while under financial duress.

On 12th June, Celsius Network announced its decision to halt crypto withdrawal deposits and swaps on its platform citing extreme market conditions. Later on, the firm issued a statement outlining that the customers will however continue to accrue rewards during the “pause in line with our commitments to our customers.”

“We understand that this news is difficult, but we believe that our decision to pause withdrawals, Swap, and transfers between accounts is the most responsible action we can take to protect our community. We are working with a singular focus: to protect and preserve assets to meet our obligations to customers.” The blog later added.

After the announcement, Celsius Network was embroiled in a whirlwind of controversies and was allegedly addressed as a crypto Ponzi scheme by several users on Twitter.

⁦@CelsiusNetwork⁩ is a legitimate Ponzi scheme. You can’t define the term any better than 👇. $CEL #Celsius I genuinely hope everyone gets their money back and then this company goes under. pic.twitter.com/dMtwf94h7O

However, it seems that the Celsius Network is navigating its current catastrophe quite strategically. The firm has already paid Maker platform a sum of $120 million and is reportedly enforcing new methods to maneuver its current debt crisis.

Bahamian Central Bank to Roll Out Digital Currency in H2 2020 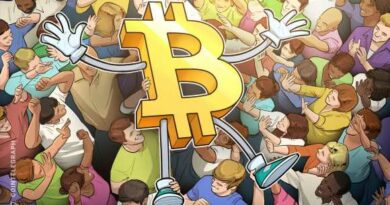