Bitcoin (BTC) institutional demand is conspicuously wanting at the end of the year as data flags the “underperformance” of the United States’ first Bitcoin futures exchange-traded fund (ETF).

As noted by markets commentator Holger Zschaepitz on Dec. 29, the ProShares Bitcoin Strategy ETF (BITO) is now trading at nearly 30% below its launch price.

Anticlimax rounds out 2021 for ProShares ETF

In a sign of the times regarding Bitcoin sentiment, the hype that accompanied BITO’s launch in Q3 has died down considerably.

Going from record-breaking volume on its first day to its current state, the ETF has even underperformed the embattled Bitcoin spot price in 2021.

“The first Bitcoin futures ETF in the US was a dud, at least this year,” Zschaepitz commented. 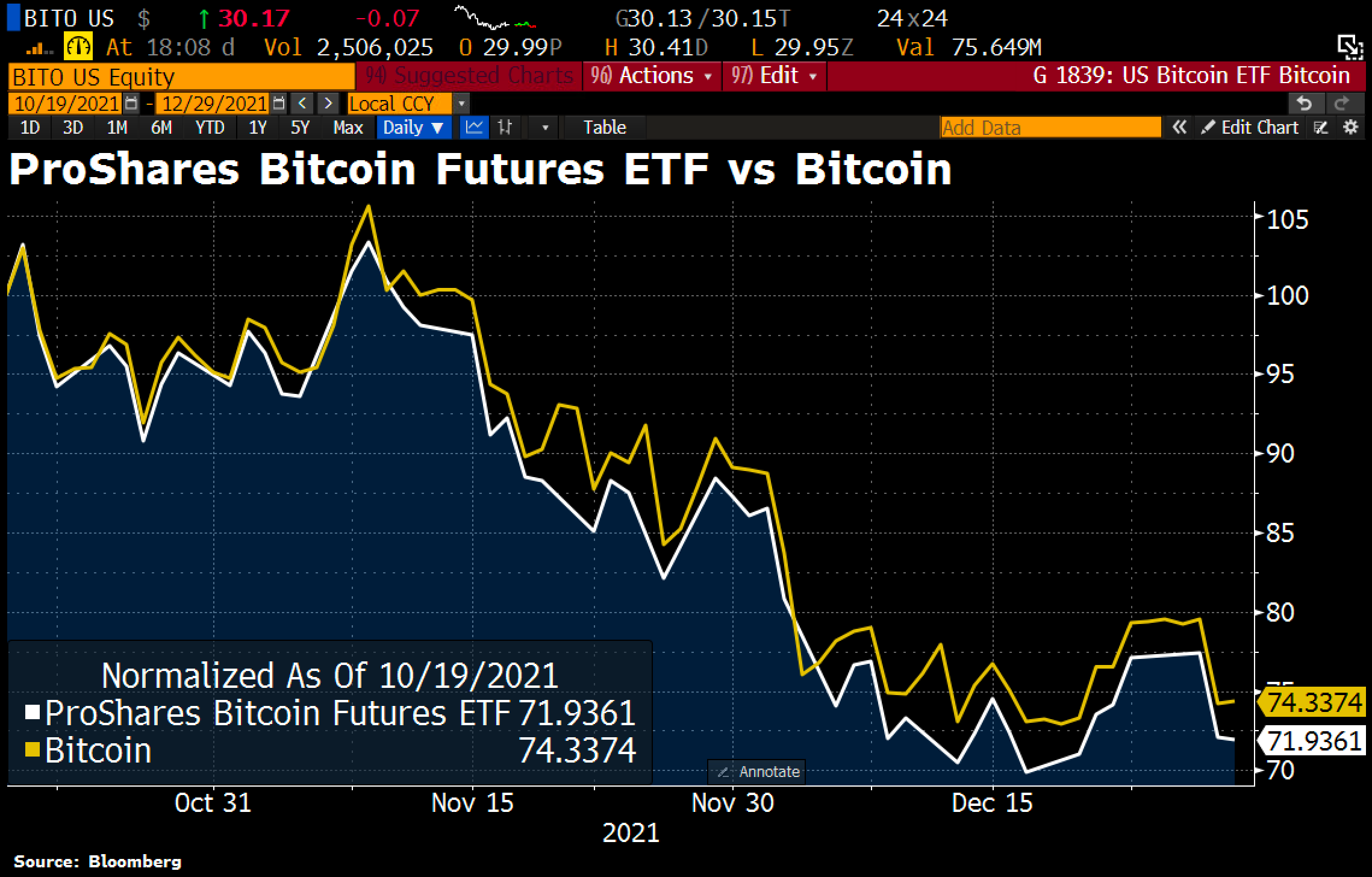 GBTC’s conversion to an ETF, slated for next year, meanwhile, depends on the tone of U.S. regulators regarding spot-based products, these are yet to debut.

While detractors describe the GBTC discount as “very concerning,” activity from investors themselves does not unanimously point to apathy when it comes to Bitcoin.

Related: 5 ways derivatives could change the cryptocurrency sector in 2022

Morgan Stanley upped its GBTC allocation this month and last in a sign that longer-term sentiment remains strong.

Macro markets, meanwhile, display curious characteristics. The S&P 500 is at record highs, challenging a trendline that has marked topside resistance since its inauguration almost 100 years ago.

Below the surface, however, all is not as it seems, warnings revealed this week.

MRNA Stock Up 10.78% after Moderna’s COVID-19 Vaccine Deal with European…

We shall not pay the ransom, Johannesburg tells hackers