After ending December at $47,200 — far below the majority of bullish expectations — the largest cryptocurrency has a lot to live up to as signs of a halving cycle peak remain nowhere to be found.

With Wall Street set to return after stocks conversely ended the year on a high, inflation rampant and interest rate hikes looming, 2022 could soon turn out to be an interesting market environment, analysts say.

So far, however, all is calm — BTC/USD has produced no major surprises for weeks on end.

Cointelegraph takes a look at what could change — or continue — the status quo in the coming days.

Stocks could see six months of “up only”

Look no further than the S&P 500 for an example of the state of play when it comes to United State equities.

The index achieved no fewer than 70 all-time highs in 2021, rounding out the year with a flourish, even as risk assets looked far less appetizing.

Bitcoin was among them, trailing below the $50,000 mark with the only noticeable events coming in the form of peaks and troughs around thin holiday liquidity.

With that said, central bank policy is widely tipped to provide a potential cat among the pigeons in the coming months. The U.S. Federal Reserve has signaled two interest rate hikes this year, and the market’s ability to absorb them is seen as a key test for asset performance.

For the first chunk of the year, however, it may well be a continuation of the latest flavor of “business as usual” — stocks adding to all-time highs.

Edwards said that while such circumstances are generally “good” for Bitcoin, upheaval further down the line would likely mean that stocks take a beating in the long term thanks to the rate hikes.

“Without significantly higher economic growth (yet to be seen), it is unlikely any rate rise programs by the Fed will have a long runway,” he continued.

“Bitcoin will be volatile in this period, both an effect of stock market volatility, but also from sharp Fed course corrections.”

Inflation will be on the radar again next week, with Jan. 12 scheduled for the latest U.S. consumer price index data for December.

A tussle between bulls and bears has in fact been somewhat underwhelming in nature beyond rhetoric found on social media — volumes are thin, interest from retail is low, and large players continue to maintain sell levels nearby.

To the downside, van de Poppe said that he was eyeing the area between $40,000 and $42,000, with action above that corresponding to “accumulation.”

Bitcoin, however, has a habit of upending even the strongest trend at the least expected moment.

For fellow trader Pentoshi, there is little cause for celebration at levels much below $60,000, these last appearing over a month ago.

“I will long logical areas in a downtrend. I will be macro bearish until 58-60k reclaim. And bullish at local areas,” he summarized about his position over the weekend.

Pentoshi and others urged a pivot to Ether (ETH) on the basis of altcoin strength, thus providing a convenient way to “de-risk” with Bitcoin underperforming.

That strength is captured in Bitcoin’s market capitalization dominance, which has now slipped under 40% for the first time since May, data from TradingView shows. 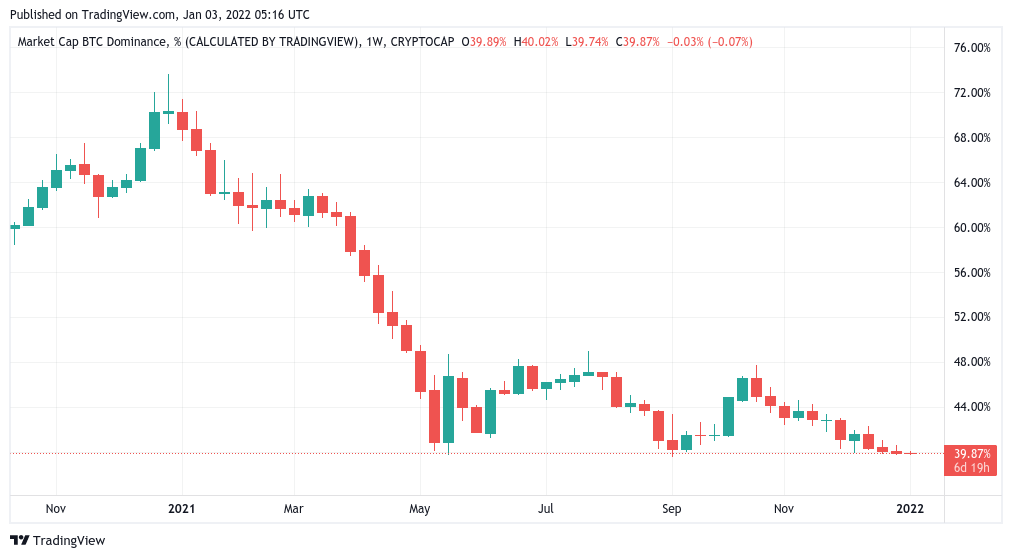 For those looking for a silver lining to the uninspiring price action, on-chain metrics provide no shortage of relief.

The further away the market gets from last month’s snap correction, the more enticing Bitcoin looks as an investment punt based on historical trends.

Of particular interest is the short-term holder spent profit output ratio (SOPR) from on-chain analytics firm Glassnode, which shows the extent of gains or losses from recently spent coins — specifically those that last moved in the past 155 days.

Currently, with a median score below 1, SOPR shows that coins spent at a loss are declining in numbers — a potential form of seller exhaustion.

“Typically, when this metric starts to bottom and then rise, a more sustainable price trend has begun,” McCoy explained.

“The 30-day median is still below 1 (implying that the average price of the coins moved is lower than the price they were purchased at), but signs of life like this after a substantial corrective event suggest we are likely in the latter stages of the current correction.” 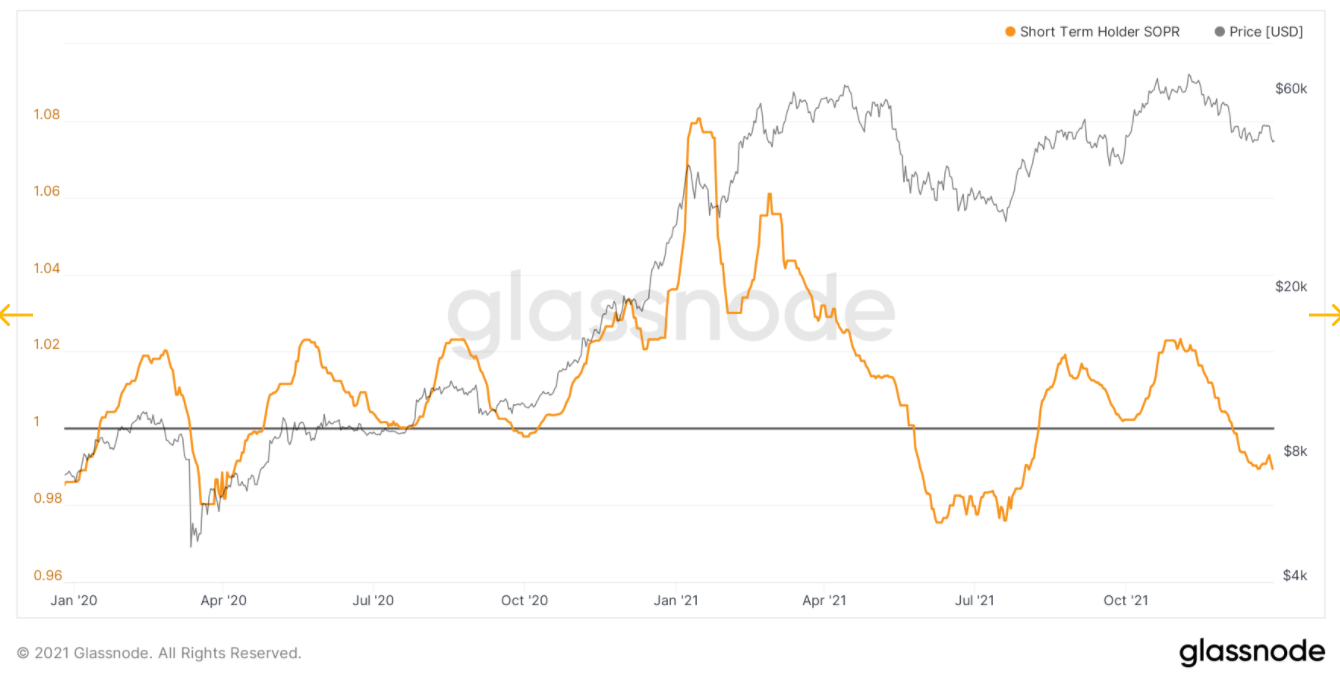 Cointelegraph has reported extensively on hodlers’ habits when it comes to BTC, and long-term investors remain steadfast in their conviction not to sell.

“The last time Bitcoin was at $47K, long-term holdings were 10% lower. To date there has been insignificant distribution despite the volatility. That’s bullish.”

Fundamentals have (almost) never been better

Miners, despite seeing all-time highs of $69,000, are accumulating, not selling, their coins.

At the same time, the network hash rate is at all-time highs of its own, these last seen in March and April before the upheaval of the Chinese ban sparked months of migration.

Should the old adage of “price follows hash rate” remain true, miners’ faith in the long-term profitability of Bitcoin provides a key indicator of where the market is going.

“Metrics like this are effectively old-guard fundamental outlook material and are largely overlooked by newer and sexier methods of explaining price dynamics, supply and demand, but cannot be ignored for their ability to explain institutional and infrastructural support for securing the protocol that at this point effectively underpins the entirety of the crypto economy,” Capriole added. 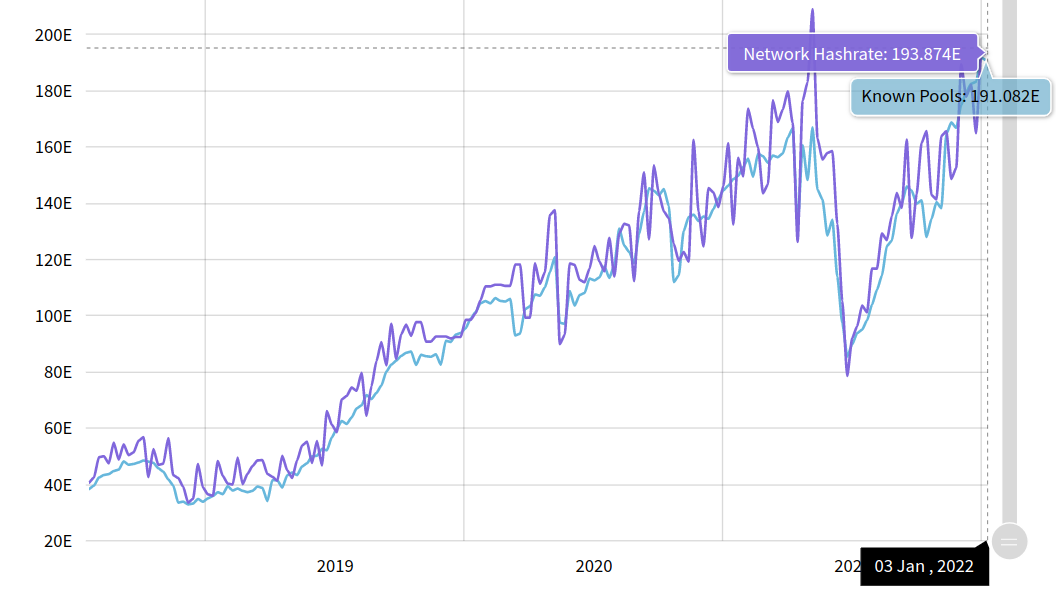 The hash rate is currently over 190 exahashes per second, according to estimates from MiningPoolStats.

Later this week, meanwhile, Bitcoin’s network difficulty is set to increase by around 2.4%. 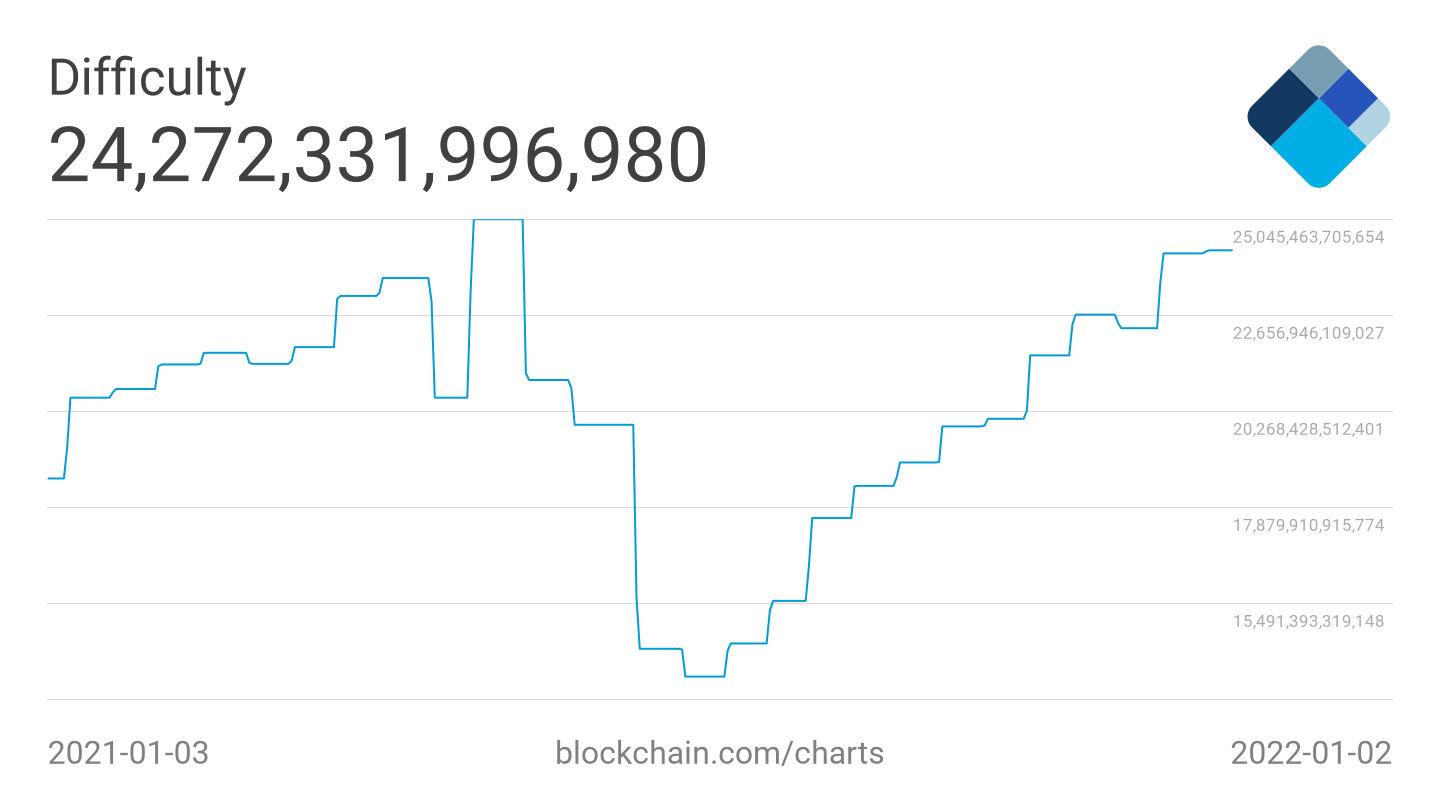 This reflects the competitiveness of the current mining landscape, and difficulty should shortly tackle 25 trillion again for the first time since the pre-China peak, data from Blockchain.com shows.

With every increase, difficulty reinforces network security, creating an even more robust ecosystem.

How sustainable is “extreme fear” this time?

As Cointelegraph reported, investor emotions have become highly sensitive to even smaller price movements within the current range.

At the time of writing, the Index measured 29/100, nevertheless in the “fear” zone.

As noted by on-chain analytics resource Ecoinometrics, meanwhile, such sentiment has historically failed to play out for long.

“Bitcoin is back in extreme fear. Historically that means there is limited downside at 30 days,” it tweeted alongside a chart compiling the index and BTC/USD. 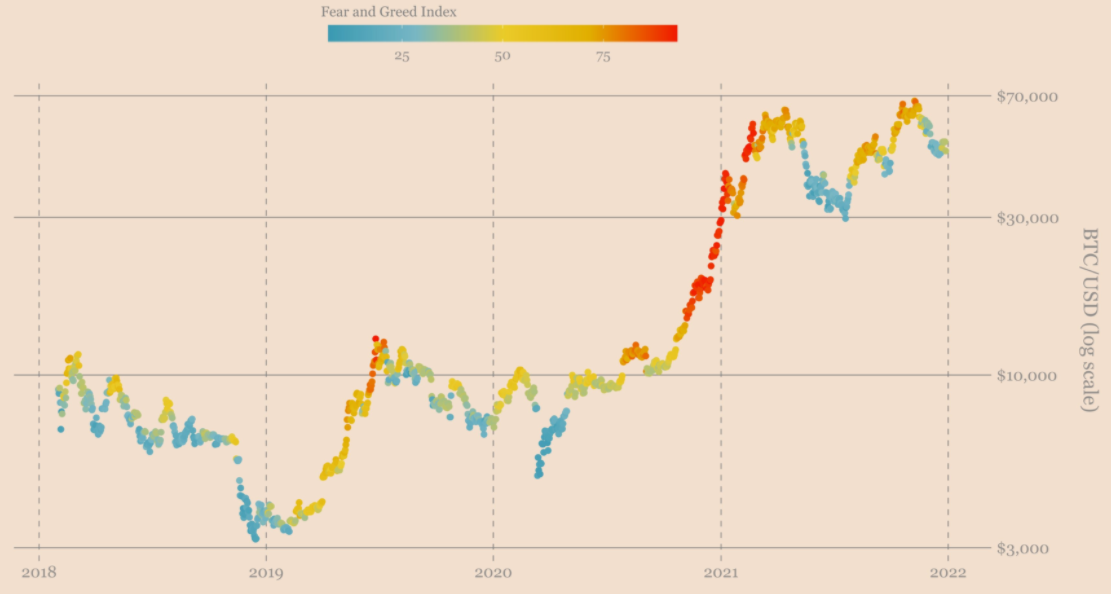 DCDex: Trade With High TPS and Protection of Real Assets

Stick a fork in BCH, the network is splitting again