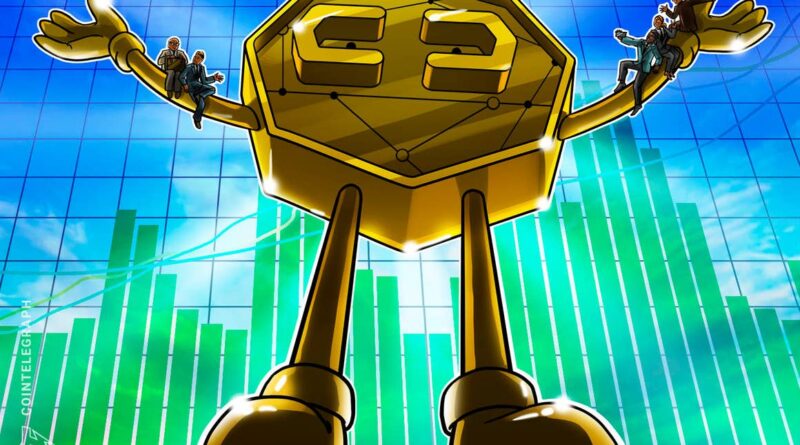 On Sept. 9, bulls made a strong showing as Algorand (ALGO) and Solana (SOL) each steamrolled to new highs even as Bitcoin (BTC) continues to flounder under the $47,000 mark.

The strong performance from the altcoins gives further credence to the argument that the market is in an “altseason,” a phase that is typically characterized by surging altcoin prices when BTC is range-bound. 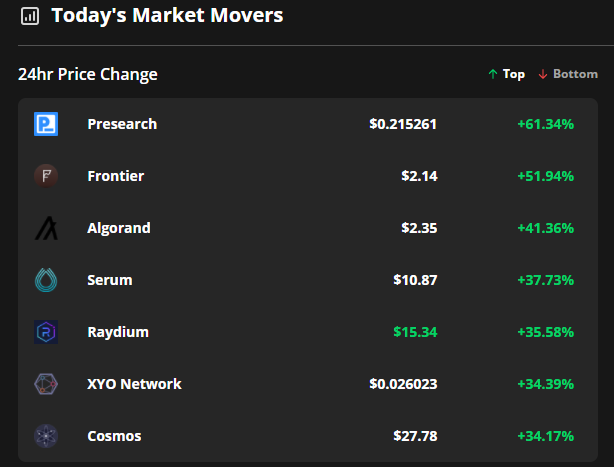 Data from Cointelegraph Markets Pro and TradingView shows that the biggest gainers over the past 24 hours were Presearch (PRE), Frontier (FRONT) and Algorand (ALGO).

Presearch integrates Wyre into its marketplace

Presearch, a blockchain-based decentralized search protocol, registered a 61.3% gain in the past 24 hours and it appears that investors reacted positively to the project’s recent addition as a search engine option on Android phones.

VORTECS™ data from Cointelegraph Markets Pro began to detect a bullish outlook for PRE on Sept. 5, prior to the recent price rise. 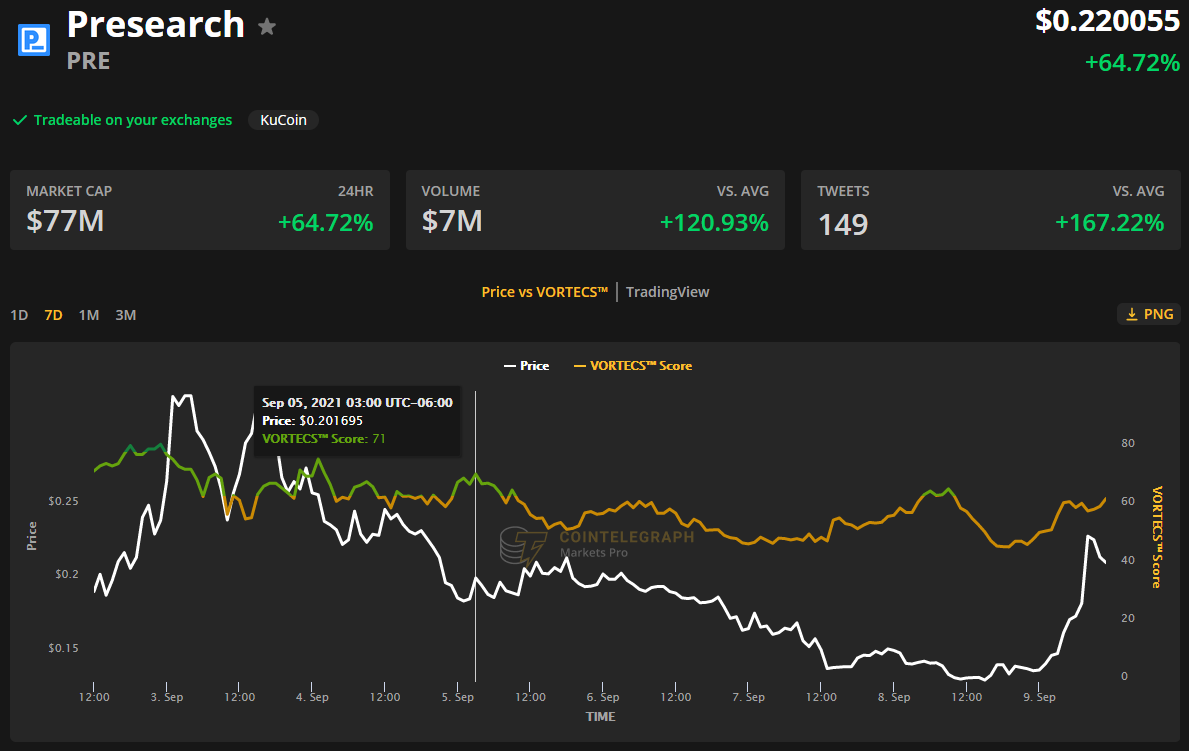 As seen in the chart above, the VORTECS™ Score for PRE elevated into the green zone on Sept. 5 and reached a high of 71 around 84 hours before its price began to increase by 94% over the next day.

The renewed interest in PRE comes following the platform’s integration with Wyre that allows users to purchase PRE tokens directly through the marketplace with a credit card.

The second-biggest gainer on the 24-hour chart is Frontier, a chain-agnostic decentralized finance aggregator that supports a number of blockchains, including Ethereum, Binance Smart Chain and Harmony.

VORTECS™ data from Cointelegraph Markets Pro began to detect a bullish outlook for FRONT on Sept. 4, prior to the recent price rise. 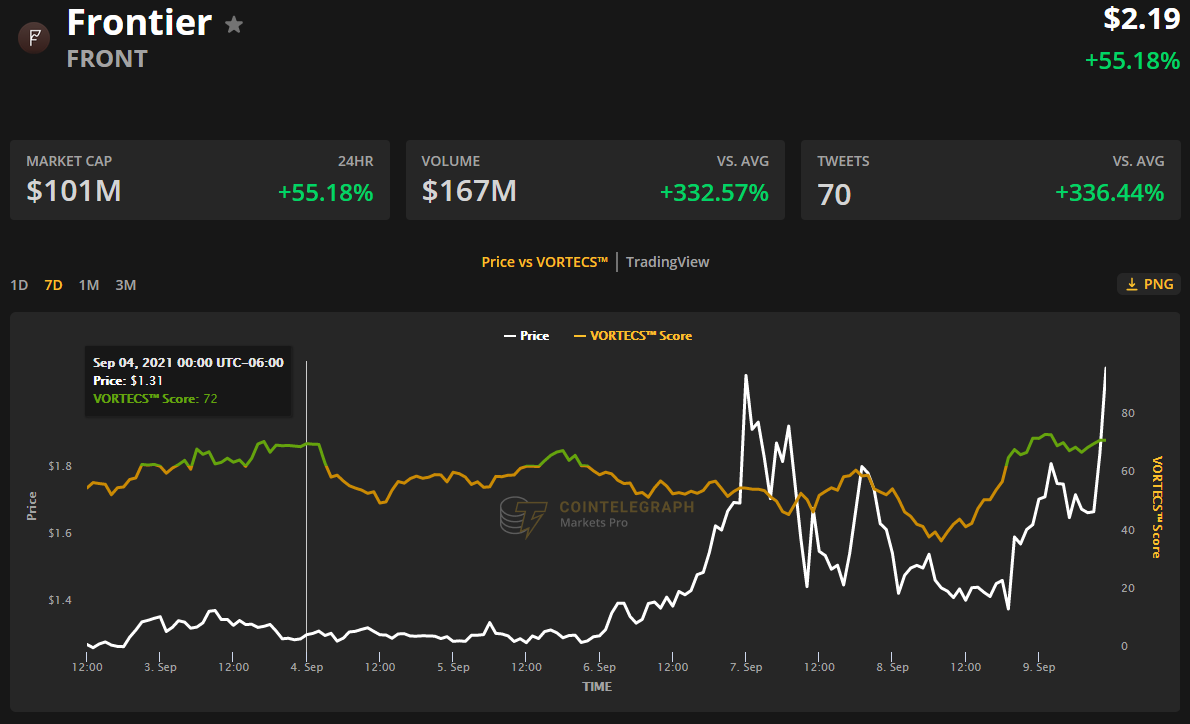 As seen in the chart above, the VORTECS™ Score for FRONT began to pick up on Sept. 3 and reached a high of 72 on Sept. 4, around 48 hours before the price increased 80% over the next three days.

The surge in price on Sept. 9 came as the project dropped a teaser video in their Twitter feed hinting at “A New Frontier” for the project and provided a screengrab of the Frontier protocol interface on a smartphone.

Algorand adoption on the rise

Algorand (ALGO), a permissionless pure proof-of-stake blockchain protocol, is once again on the list of top performers after hitting a new multi-year high at $2.48.

According to data from Cointelegraph Markets Pro, market conditions for ALGO have been favorable for some time. 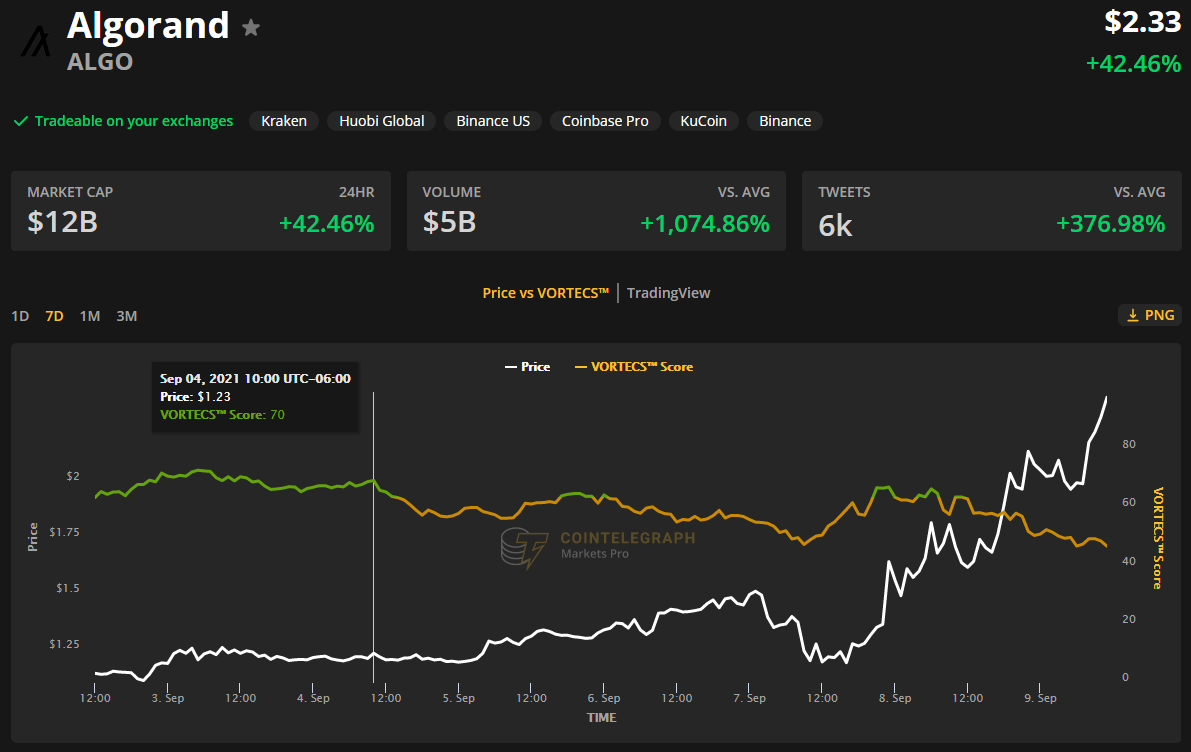 As seen in the chart above, the VORTECS™ Score for ALGO entered the green zone coming into the week and registered a high of 70 on Sept. 4, around three days before the price increased by 114%.

The continued bullishness for ALGO comes as the Algorand prepares to roll out governance capabilities on Oct. 1 and the project also received a big vote of confidence from the government of El Salvador after it was chosen to help develop the country’s blockchain infrastructure.

How to buy and store Ethereum (ETH)? 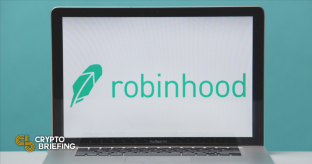