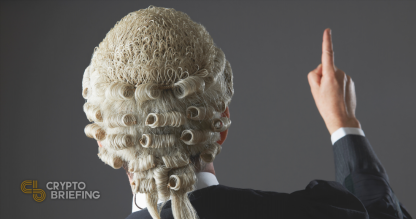 Ripple CEO Brad Garlinghouse has revealed several new details about the SEC’s lawsuit against the firm and its XRP sales.

Ripple Tried to Settle With SEC

Garlinghouse revealed on Twitter that Ripple was originally unable to settle with the U.S. Securities and Exchange Commission. Garlinghouse said that he “can’t get into specifics,” but wants investors to “know we tried” to settle. He says that the company will continue to negotiate with the SEC under the Biden administration.

On Ripple’s blog, Garlinghouse previously stated that Ripple has historically been “cooperating and acting in good faith with the SEC,” and that he and co-founder Chris Larsen were given the option to settle separately. That announcement did not reveal that Ripple itself had attempted to settle with the SEC at an earlier date, and today’s statement does not make clarify how far negotiations went.

Garlinghouse also stated that, now that legal proceedings have begun, there are “new considerations” about what he and other Ripple members are able to reveal publicly. However, the latest details imply that the path to a settlement looks increasingly complex.

Ripple Has No Control Over Listings

Garlinghouse also noted that Ripple has no control over the widespread exchange delistings that are currently underway. He added that most exchanges are not delisting XRP permanently. “Market participants are facing conflicting policies and, no surprise, some act conservatively,” he explained.

He did not say whether exchanges were originally paid to list XRP. However, he did say that some early adopters were paid to use Ripple’s On-Demand Liquidity Service in the form of incentives.

Garlinghouse says that this is practice is entirely lawful and practiced by major payments networks like Visa and Mastercard.

Elsewhere, Ripple’s legal counsel Stuart Alderoty has said that the firm’s full legal team will announce themselves soon, and that the firm will file a response to the SEC “within weeks.”

He added that the SEC has admitted that Ripple’s customers use XRP as a means of currency conversion, a fact that he says makes the asset “the epitome of a convertible virtual currency” rather than a security asset. Presumably, that fact would help the firm defend itself against the SEC’s current charges, which allege that the firm’s sales constitute an unregistered securities offering.