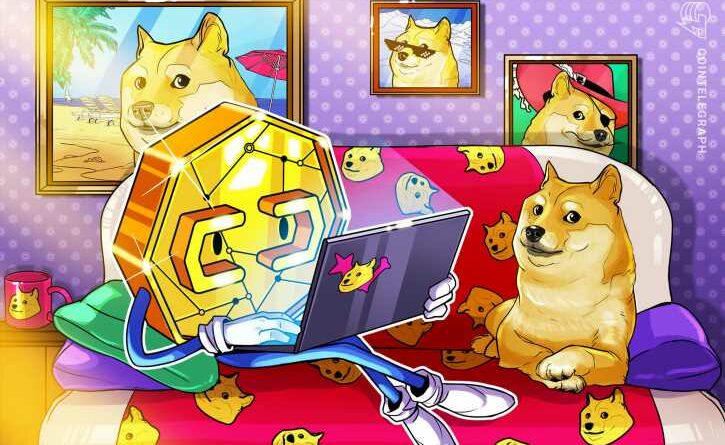 In an unlikely turn of events, White tweeted about her DOGE holdings and then changed her Twitter profile picture to herself in Dogecoin merchandise.

The net result was an instant 125% price increase in DOGE/USD, which beat the impact from a previous Twitter nod from Tesla CEO, Elon Musk.

The impetus for the sudden reveal is unclear, and whether or not White has in fact been keeping a stash of Dogecoin under the mattress for seven years could not be immediately verified.

At press time, however, DOGE was still reveling in the publicity, still up by over 100% in the past seven days despite downwards volatility for Bitcoin (BTC) this week. Social media activity has surged with the number of Twitter users spiking to record numbers for both cryptocurrencies in January, according to data from TheTie.

DOGE/USD also managed to crack the psychologically significant 1 cent mark, taking it to levels not seen since January 2018. Despite its successes, the shiba inu still remains relatively far off its all-time highs of $0.0153 from that month. 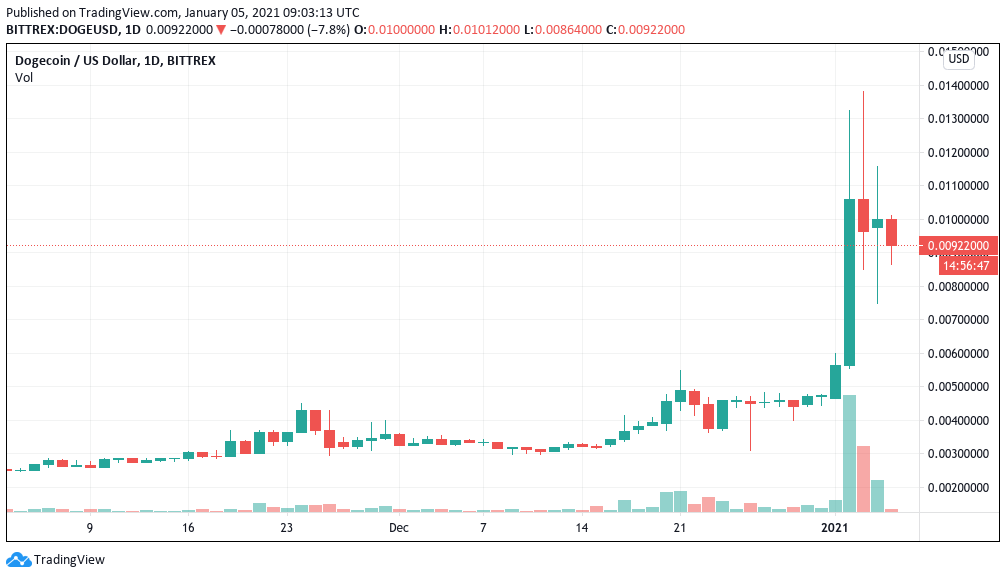 Altseason in all but name

Dogecoin nonetheless sets the scene for an altcoin rebirth that is increasingly taking hold of cryptocurrency markets. 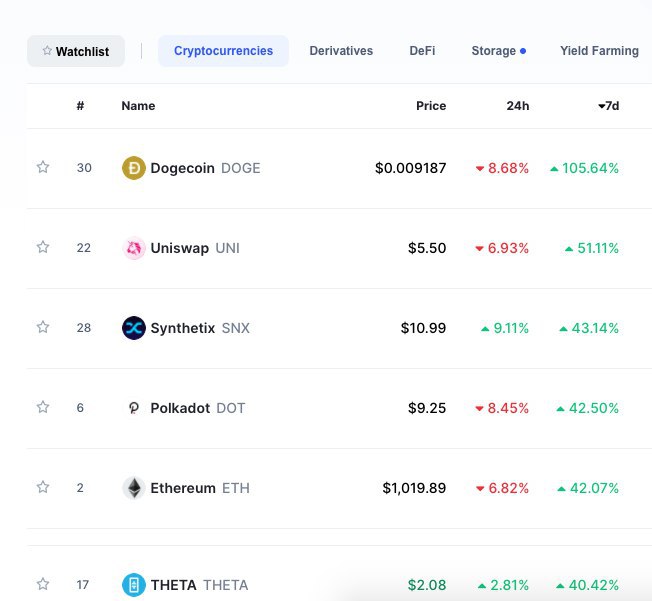 Among them is market leader Ether (ETH), which returned above $1,000 overnight on Monday to practically match Dogecoin’s performance, only at price levels several orders of magnitude higher.

Others have also fared well, with Uniswap (UNI) up by over 50% in the past week and Polkadot (DOT) continuing its meteoric rise into the new year.

As Cointelegraph reported, analysts feel the time is now right for altcoins to have their next moment in the spotlight, with the potential upside able to eclipse even Bitcoin’s gains since the summer.

“They said that altcoins will not do well anymore. No more altseasons. Bitcoin dominance towards 80%+,” Cointelegraph Markets analyst Michaël van de Poppe summarized to Twitter followers on Monday.

CryptoKitties Now Sells Its Crypto Collectible Cats for Around $1

Bitcoin To 'Disappear In A Puff Of Smoke?' – Or Are The Fires Just Getting Stoked?