Unbounded Capital’s Opportunity Fund grew 348.7% in 2020 and the company sees much promise for Bitcoin SV (BSV) in 2021. In an end-of-year summary letter sent to investors, the investment firm highlighted technical improvements to BSV’s processing capabilities and the resolution of ongoing legal disputes in the coming year as potential catalysts for the increase in BSV value.

Unbounded Capital, which began in 2018 but decided to focus solely on BSV-related investments from April 2019, listed some key highlights from 2020. These included: a BSV price run-up to $450 at the start of the year (likely due to news of Dr. Craig Wright receiving more information about access to early bitcoins); the restoration of the original Bitcoin protocol in February, and setting it “in stone” for future stability; and the Tuvalu National Digital Ledger project, which will see BSV applications deployed at a small-scale but nation-wide level for the first time.

Building on these good news stories, Unbounded said 2021 showed even more promise and the firm is “more bullish than ever” on the BSV ecosystem and BSV asset itself in the first half of 2021. The resolution of certain lawsuits (namely the Kleiman v Wright company dispute and the Wright v McCormack libel case) would see new evidence for BSV’s legitimacy presented in court. BSV itself would see big improvements to its transaction processing capabilities in the coming year, and this in turn would bring new insights as BSV businesses presented new applications that would bring new adoption and impact large existing markets.

Unbounded Capital launched in the San Francisco Bay area as Ezra Capital LLC and the Ezra New Economy Fund in August 2018. However, after becoming familiar with BSV since November 2018, “We had to grapple with the reality that most of what we thought we understood about blockchains might be wrong.” The firm switched exclusively to investments in the BSV ecosystem from April 2019, saying the move was necessary to fulfill its fiduciary obligations. The firm changed its name to Unbounded Capital to reflect the new focus, and in 2020 published an e-book detailing the lessons it had learned about blockchain economics.

Its Opportunity Fund has invested in five BSV businesses since then. Unbounded wrote that two of those companies later raised capital at higher valuations, and all five had experienced strong growth.

Unbounded also noted it moved its headquarters from San Francisco to Austin, Texas. It has partners in Denver and New York City.

HandCash recently launched HandCash Connect, an SDK that allows developers to more easily built BSV apps that integrate with HandCash’s wallet interface. Run, a token protocol, provides a simpler and more scalable token-creation solution than Ethereum—major users in 2020 included the USDC stablecoin, and Kronoverse’s Cryptofights game. Unwriter’s Planaria continued to release back-end tools that drive many BSV applications, while ordinary users got a taste of Unwriter’s abilities with the launch of the PowPing social network.

Unbounded Capital oversees three funds that invest in the BSV ecosystem. In the near and farther future, it said, the firm sees more and more companies choosing to build on BSV as its scalability and utility become more widely recognized. Despite the numerous setbacks and delays 2020 served up, Unbounded’s outlook for BSV in 2021 remains even more optimistic, and it could even surpass expectations. 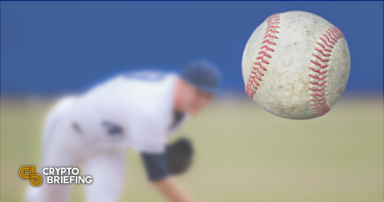