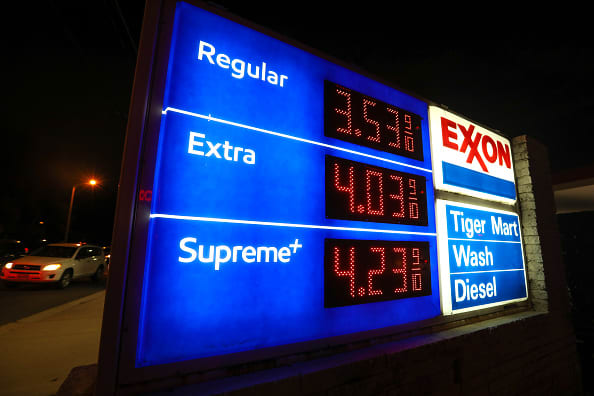 Stagflation fears have plagued investors in recent months, as prices start to rise in an economy that hasn't quite picked up pace yet. But investors can employ a few strategies to trade around these risks, analysts say.

An economy going through stagflation is one that simultaneously experiences stagnant activity and accelerating inflation. This phenomenon was first recognized in the 1970s when an oil shock led to an extended period of higher prices but sharply falling GDP growth.

In an October report, Morgan Stanley noted that stagflation risks are drawing investor attention, and could stem from a "supply shock."

"Disruption of global supply chains has caused shortages in areas such as energy and semiconductors. These situations could drag into next year, which would likely keep inflationary pressures high in the short term," Morgan Stanley analysts wrote.

Stagflation presents a problem for economic policymakers because measures to curb inflation — such as wage and price controls or contractionary monetary policy — may further increase unemployment.

Goldman Sachs also warned in October that stagflation could be bad for stocks.

Below are a few approaches analysts suggest investors can take in navigating stagflation risks.

Morgan Stanley said investors can adopt a barbell strategy and own cheap valuation stocks with high free cash flow and dividends. Free cash flow is a measure of profitability, representing the amount of cash a company generates after accounting for outflows to support spending.

Credit Suisse names a raft of U.S. and European stocks to buy as inflation fears spike

Earlier this year, the investment bank said a barbell strategy can hedge against market pullbacks. This strategy involves being overweight on two distinct groups of stocks to hedge against uncertainty about the market's next move. The barbell approach goes for the two extremes of high risk and no-risk investing, in trying to straddle a balance between risk and reward.

One approach would be investing in companies in upstream production according to Rob Mumford, investment manager of emerging markets equities at Gam Investments.

"The key is to be in price setters, where you don't want to be really downstream," he said.

Upstream refers to input materials needed to produce goods, while downstream operations are those closer to the customers, where products get made and distributed.

One example of upstream production would be semiconductor firms, Mumford told CNBC's "Squawk Box Asia" on Tuesday. Chip prices have shot up this year due to a global shortage affecting everything from cars to consumer electronics.

As for what investors should avoid, Mumford urged caution on growth stocks.

"I do think that growth stocks will be vulnerable, particularly if inflation starts to trend above expectation," he said.

Growth stocks are stocks that are expected to grow at a rate significantly above the average in the market.

3.    Stick to value and cyclical stocks for now

Morgan Stanley said value and cyclical stocks benefit the most when inflation expectations rise. Value stocks are those that appear to be trading below what analysts think they are worth. Cyclical stocks tend to follow economic cycles, rising and falling in tandem with macroeconomic conditions.

"If stagflation risk continues to emerge, a 'reversal trading' strategy could stand out in terms of profitability," the investment bank added. "This would entail buying the worst price laggards from last month, and expecting a price reversal in the following month."'