From studying to chatting more to fellow passengers, there are ways to make travel more enjoyable

Cram as you cram on

Online lessons, audio materials and improved connectivity have made studying on the move ever more practical. The Open University, which has offered distance learning since the days when it meant taking sheaves of paper on the train, offers tips and testimonials from students who have studied to degree level on the way to work.

Graffiti, no; approved murals, yes. Northern Rail has invited Manchester commuter volunteers to join its staff in transforming stations in a day. Rochdale was the latest to get a makeover, with passengers putting up artwork and planting flowers on the platform. Miserablist southerners take note.

While most trains remain comparatively uncrowded, operators now publish real-time data showing if and when their stations and services are busy. Apps such as TfL’s Go can now help find quieter services – and soon can be used even when underground, as the rollout of 4G connectivity spreads.

While expensive station car parks remains the only choice for many, more green options have opened up: backed by government funding for more cycle racks at stations, greater integrated ticketing for bus journeys – and the invasion of the e-scooter on British streets. Trials of rental schemes started just after the first lockdown and now are taking place in 32 English regions, with places such as Milton Keynes giving scooters pride of place outside the station.

Talk to someone else

Despite the natural inclination of most commuters, particularly in the south and definitely on the tube, to avoid conversation, a body of opinion urges the opposite. Behavioural scientists in the US talked to passengers in Chicago and found nearly all appeared happier after a social interaction – even those who had professed to hate it. British train companies briefly tried out chat carriages and conversation starter cards in 2019 – is it time to bring them back? (For the fully vaccinated only.)

The centrepiece of Deutsche Bahn’s 2017 “Ideas Train”, a carriage with an exercise bike in the middle briefly promised to be the ultimate in Teutonic efficiency. While the German rail operator says many of the ideas drawn up in its concept train will be implemented in some rolling stock next year, including a designated office space, the exercise bike appears sadly absent – so far. 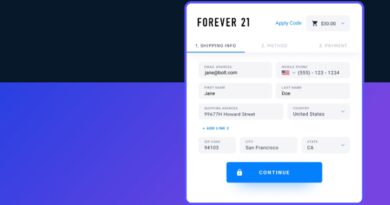