Shares of ABB Ltd. were gaining in Swiss trading as well as in pre-market activity on NYSE after the engineering company reported Tuesday higher profit in its first quarter, with increased revenues and orders. Looking ahead, ABB expects second-quarter growth rates to reflect the low level of business activity in second quarter of prior year.

In the second quarter, comparable orders and revenues are expected to grow above 10 percent, with orders growing more than revenues. Operational EBITA margin is projected to significantly improve year-on-year, to approximately 14 percent.

ABB continues to expect comparable revenue growth of approximately 5 percent or higher for full-year 2021. In 2021, ABB targets a steady pace of improvement from 2020 toward the 2023 operational EBITA margin target of upper half of the 13 percent-16 percent range.

In the Annual General Meeting, ABB’s proposed dividend of 0.80 franc was approved. Further, the company announced an additional share buyback program of up to $4.3 billion, whereby re-confirming the intention to return $7.8 billion of cash proceeds from the Power Grids divestment to shareholders.

For the first quarter, net income attributable to company climbed 34 percent to $502 million from last year’s $376 million. Basic earnings per share were $0.25, compared to $0.18 last year.

Income from operations grew 114 percent year-over-year to $797 million, and operational EBITA was up 51 percent to $959 million. Operational EBITA margin went up by 360 basis points to 13.8 percent. The results reflected increased customer activity, in combination with the impact from previously implemented cost measures.

Orders for the quarter were $7.76 billion, up 6 percent on a reported basis and up 1 percent on a comparable basis, from the prior year, supported by a broad recovery in most of short-cycle businesses.

A teacher opens his home to students with deported parents. The tweet went viral. 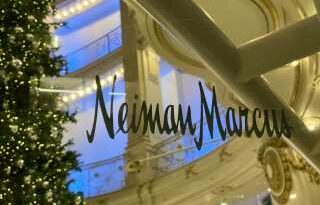