Home » Business » Alibaba is ramping up in Europe, and is already ahead of Amazon in one region 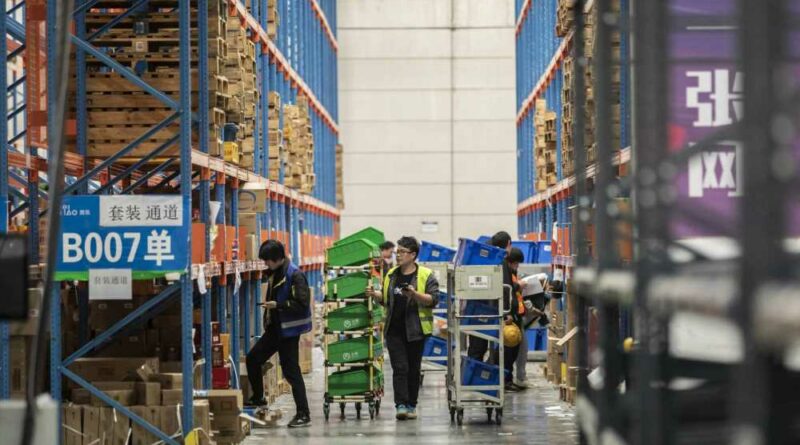 BEIJING — Alibaba is investing further in Europe for Singles Day this year, as the Chinese tech giant competes with Amazon for the European Union's exploding e-commerce market.

Alibaba remained among the top three online sellers of consumer goods in eastern Europe last year, according to Euromonitor International. Amazon wasn't on the top 10 list for the region, which includes countries like Poland and the Czech Republic.

Amazon is by far the top seller in western Europe, which includes France and Spain, according to Euromonitor. But the U.S. e-commerce giant's market share in the region did not grow during the pandemic, remaining at about 19.3% in 2020.

Alibaba held first place in eastern Europe e-commerce in 2019, according to Euromonitor International. But Polish online shopping site Allegro took first place in 2020 during the pandemic, while Russian rival Wildberries took second, according to the data. That pushed Alibaba down to third place last year.

The competition for Europe comes as online shopping in the region got another lift this year. Stay-home policies and other social distancing measures have remained in place for many months amid a prolonged fight to control multiple waves of Covid-19 outbreaks.

"It's time for the next stage of e-commerce growth in Europe," NielsenIQ said in a report in June.

For "fast-moving consumer goods" — a category that includes food, beverages, personal care and home care — the report said e-commerce sales growth doubled in Italy and Spain in the first quarter of this year, compared with the same period in 2020. Updated figures weren't available as of the publication of this article.

Alibaba is keen to ride that wave of growth. Different business units have announced expansion into Europe in the weeks leading up to the Singles Day shopping festival.

The shopping event, spearheaded by Alibaba in China, is similar to Black Friday in the U.S. or Amazon's Prime Day. Singles Day is also known as "Double 11" since it falls on the 11th day of the 11th month of the year — Nov. 11.

In recent years, Alibaba has promoted the shopping festival overseas through its own e-commerce website for selling to consumers outside of China, called AliExpress. The platform mostly connects Chinese sellers with overseas buyers, allowing foreign businesses and consumers to buy directly from factories in China.

Spain, Russia and Brazil are among the core countries for AliExpress' overseas expansion, Li Dawei, head of AliExpress Supply Chain, told CNBC in a Mandarin phone interview earlier this month.

Alibaba founder Jack Ma is reportedly traveling in Europe this month to study local agricultural practices and technology, in his first trip away from greater China in more than a year. The company referred CNBC to the Jack Ma Foundation, which did not immediately respond to a request for comment.

AliExpress plans to double its subsidies for international logistics support this Singles Day from last year. That's a slowdown in pace from the company's claims last year that it spent five times as much on subsidies as it did in 2019.

AliExpress claimed, during a period of global shipping congestion, that it did not raise costs for customers and hasn't seen any major delivery delays because of its reliance on charter flights. Most goods sold through AliExpress are also small consumer products and don't need to be transported by ship.

For Singles Day, AliExpress said weekly overseas charter flights will increase to 100 a week from Nov. 11 and 30, up from 80 a week.

Once the packages leave China, they can be distributed at logistics arm Cainiao's sorting centers, six in Europe and one in Russia, according to the company.

The shopping festival has also sped up investment in package lockers, which allow couriers to deliver many packages to one neighborhood's residents at once.

In early September, Cainiao announced it had installed a network of 170 lockers in Madrid and Barcelona in Spain, and more than 80 in Paris, France. The logistics unit said it planned to install a total of 5,000 lockers globally before Singles Day, especially in Russia, Poland, Spain and France.

Cainiao and international commerce retail revenue both grew by at least 50% in the quarter that ended June 30 compared to a year ago, with the business segments each accounting for about 5% of Alibaba's overall revenue.

Not only does AliExpress want to sell to consumers in Europe, it also wants local merchants to sign onto its platform, where they can take advantage of subsidies, said Li, the head of AliExpress Supply Chain.

However, he said many businesses prefer to work with multiple e-commerce sites, instead of just with AliExpress alone.

Small and medium-sized merchants would also like to build their own brands on those platforms and on their own websites, Li said, noting that in those cases, AliExpress plays more of third-party role by selling logistics and store management services.

What to look for as Chinese EV makers like BYD, Nio, Xpeng roll out earnings

We asked 20 strategists how they're investing in China. Here's what they said

“In general I think there's lots of learning from China in terms of, how do you think about e-commerce," Jonathan Cheng, partner at Bain & Company and leader of the firm's Greater China Retail practice, said on a call with reporters Wednesday. "We would argue that China's absolutely at the forefront in terms of customer operations, and in marketing and in effectiveness and all that."

"Double 11 is going to be a great way for a lot of these companies as they start to grow. It's a great way for you to go acquire customers," Cheng said, declining to comment specifically on Europe. "Amazon basically did a very similar thing."

But he noted that after years of rapid growth in the number of customers, companies will need to think about how to retain users and earn profits. 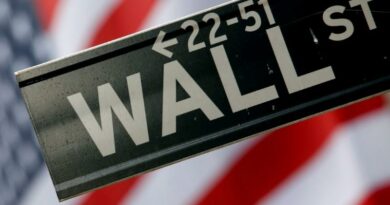 Still Lots of Money to Be Made Renting Household Goods