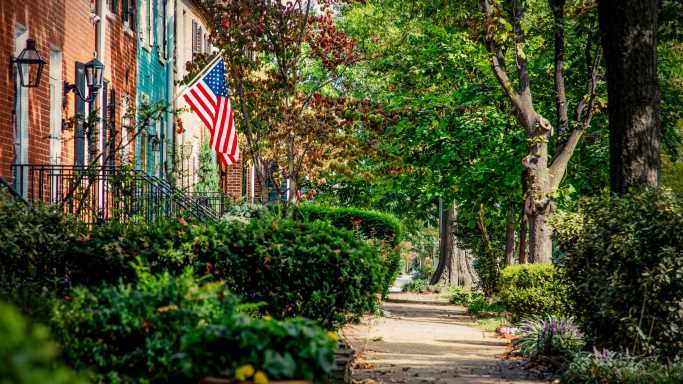 The American military is the world’s preeminent fighting force. The significance of the U.S. military, however, is not limited to geopolitics. Domestically, the military serves as an economic and social pillar in cities across the country — employing thousands, and contributing billions of dollars each year to local economies.

There are nearly 1.2 million Army, Navy, Air Force, and Marine service members assigned at military bases across the United States. An additional 1.5 million of their spouses and children are stationed at those same bases. These servicemen and servicewomen and their families attend local schools, shop at local businesses, and are fundamental to the fabric of their communities.

Using data compiled by Defense Department contractor Military OneSource, 24/7 Wall St. reviewed the total number of active duty military personnel and their dependents as a share of the total population at the metro area level to identify America’s military cities. In the metro areas on this list, U.S. troops and their families account for anywhere from 6.7% to over 50% of the total population. Nationwide, less than 1% of the population are active-duty service members.

Not only do these cities often have large active-duty military populations, but many also appeal to former servicemen and servicewomen. Nationwide, 5.3% of the population are veterans. In nearly every metro area on this list, veterans comprise a far larger share of the total population. Here is a look at the states with the most veterans.

Why the Dutch Hate Bankers

White Claw craze: why the canned drink is the obsession of summer