Home » Business » Asian Markets In The Red On Inflation Worries 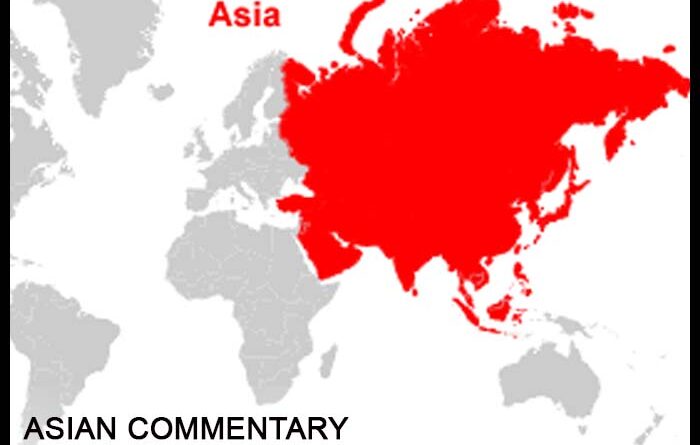 Asian stock markets are trading in the red on Wednesday, following the broadly negative cues overnight from Wall Street, after data showed U.S. consumer inflation surprisingly accelerated at the fastest pace in thirteen years in June. Traders also remain concerned amid the accelerating infection rates of the highly contagious delta variant of the coronavirus in several parts of the world over the last few weeks. They also await cues from a slew of central bank decisions due this week.

The Australian stock market is slightly higher after treading in the red at open on Wednesday, with the benchmark S&P/ASX 200 above the 7,300 level, ignoring the broadly negative cues overnight from Wall Street, on local data that showed an improvement in consumer confidence. However, traders remain concerned amid the worsening domestic coronavirus situation in New South Wales.

NSW health authorities reported 97 new coronavirus cases on Tuesday, with the lockdown in Greater Sydney extended for at least another two weeks until July 30 amid the spread of the highly contagious coronavirus variants to previously unaffected areas. Victoria recorded 1 new case overnight.

Among major miners, BHP Group is gaining almost 1 percent, while Mineral Resources and OZ Minerals are adding more than 1 percent each. Fortescue Metals and Rio Tinto are edging up 0.2 percent each.

Oil stocks are higher after crude oil prices climbed overnight. Oil Search, Beach energy and Santos are gaining almost 2 percent each, while Origin Energy and Woodside Petroleum are adding more than 1 percent each.

In the tech space, WiseTech Global is edging up 0.4 percent, Xero is gaining almost 3 percent and Appen is adding almost 2 percent. Afterpay and Zip are losing almost 9 percent on news that Apple is working on a new service that will let consumers pay for any Apple Pay purchase in instalments over time, rivalling the “buy now, pay later” offerings.

Among the big four banks, Westpac is flat and ANZ Banking is edging down 0.3 percent, while Commonwealth Bank and National Australia Bank are edging up 0.2 percent each.

National Australia Bank confirmed on Tuesday it was in talks with Citigroup to potentially buy the U.S. bank’s Australian consumer business.

In economic news, consumer confidence in Australia remains firm in July, the latest survey from Westpac Bank showed on Wednesday as its sentiment index gained 1.5 percent to a score of 108.8, up from 107.2 in June. Confidence has held up overall despite a sharp fall in NSW as other states – notably Victoria and Western Australia – recorded strong bounce-backs from COVID-related disruptions in June. The modest sentiment increase in July follows a 9.8 percent fall in the Index over the previous two months (April to June).

The Reserve Bank of Australia will wrap up its monetary policy meeting on Wednesday and then announce its decision on interest rates. The RBA is widely expected to keep its benchmark lending rate unchanged at the record low of 0.25 percent.

In the currency market, the Aussie dollar is trading at $0.746 on Wednesday.

The Japanese stock market is modestly lower after opening with a steep loss on Wednesday, paring some of the gains of the previous two sessions, with the benchmark Nikkei index falling below the 28,700 level, following the broadly negative cues overnight from Wall Street. Traders remain concerned amid the recent acceleration in the new wave of coronavirus cases, particularly in Olympic city Tokyo.

Market heavyweight SoftBank Group is edging up 0.5 percent, while Uniqlo operator Fast Retailing is edging down 0.3 percent. Among automakers, Honda is edging up 0.2 percent and Toyota is gaining almost 1 percent.

In the tech space, Screen Holdings is gaining more than 1 percent, Advantest is edging up 0.4 percent and Tokyo Electron is adding almost 1 percent.

In the banking sector, Sumitomo Mitsui Financial and Mitsubishi UFJ Financial are losing almost 1 percent each, while Mizuho Financial is down 1 percent.

In the currency market, the U.S. dollar is trading in the mid-110 yen-range on Wednesday.

Elsewhere in Asia, China is losing 1 percent and Hong Kong is down 0.7 percent, while New Zealand, Taiwan, Indonesia, Malaysia, Singapore and South Korea are all lower by between 0.1 and 0.3 percent each.

On Wall Street, stocks moved back to the downside during trading on Tuesday after ending the previous session modestly higher. With the drop on the day, the major averages pulled back off Monday’s record closing highs.

Meanwhile, the major European markets ended the day roughly flat. The U.K.’s FTSE 100 Index, the German DAX Index and the French CAC 40 Index all ended the day just below the unchanged line. 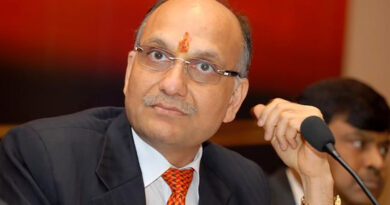 With Air India will Pawan Ruia prove to be India’s ‘turnaround tycoon’?