Asian stock markets are mixed on Wednesday, following the lack of cues overnight from Wall Street. Traders are wary of making significant moves ahead of the release of the U.S. Labor Department’s closely watched monthly jobs report on Friday for further clues on the outlook for the world’s biggest economy. Asian markets closed mixed on Tuesday.

Traders are also cautious and refraining from making major moves amid the high coronavirus cases in most markets in the region, particularly in India, Malaysia and Japan.

The Australian stock market is notably higher on Wednesday, recouping the losses of the previous session, with the benchmark S&P/ASX 200 just below the 7,200 level near all-time highs, despite the lack of cues overnight from Wall Street. Big miners and energy stocks are driving the market, partially offset by the retreat by gold miners and technology stocks.

The market upside is capped as traders remain concerned about the rising COVID-19 infection cases in the country’s second-most populous state, which went into a 7-day lockdown over the weekend and is expected to be extended to contain the infection rate. The outbreak in Victoria has reached a count in the mid-double digits after six new cases were reported.

Among major miners, BHP Group is gaining more than 3 percent, while Rio Tinto and OZ Minerals are up more than 2 percent each. Mineral Resources is adding almost 2 percent and Fortescue Metals is rising almost 4 percent.

Among the big four banks, Westpac and National Australia Bank are edging up 0.3 percent each, while ANZ Banking is flat. Commonwealth Bank are gaining almost 1 percent.

Gold miners are lower as gold prices edge down overnight. Evolution Mining and Resolute Mining are losing almost 2 percent each, while Newcrest Mining is declining more than 1 percent. Northern Star Resources and Gold Road Resources are down more than 2 percent each.

In other news, diversified miner South32, which was spun out of BHP in 2015, officially offloaded its South African thermal coal business. The stock is up almost 3 percent.

Mining and engineering services company Worley said it will deliver a stronger second half in the current fiscal year. It is looking to make money from contracts in renewable energy and recycling projects. The stock is adding almost 2 percent.

In economic news, Australia’s gross domestic product climbed a seasonally adjusted 1.8 percent on quarter in the first three months of 2021, the Australian Bureau of Statistics said on Wednesday. That beat expectations for an increase of 1.5 percent following the 3.1 percent spike in the previous three months. On a yearly basis, GDP was up 1.1 percent – again beating forecasts for an increase of 0.6 percent following the 1.1 percent contraction in the three months prior. Capital expenditure was up 4.7 percent on quarter, accelerating from 3.6 percent in the previous quarter.

In the currency market, the Aussie dollar is trading at $0.776 on Wednesday.

The Japanese stock market is notably higher after recouping early losses on Wednesday, after the slight losses of the previous session, with the benchmark Nikkei index just below the 29,000 mark, despite the lack of cues overnight from Wall Street. Traders also continue to be cautious after the government extended the COVID-19 state of emergency to contain the spread of the highly contagious variants of the virus.

In the tech space, Screen Holdings is losing more than 1 percent and Tokyo Electron is down almost 1 percent, while Advantest is edging up 0.1 percent.

In the banking sector, Sumitomo Mitsui Financial and Mizuho Financial are gaining more than 1 percent, while Mitsubishi UFJ Financial is adding almost 2 percent.

Among the major exporters, Panasonic is gaining more than 1 percent, Sony is edging up 0.5 percent and Canon is adding almost 1 percent. Mitsubishi Electric is rising almost 3 percent.

Among the other major gainers, Kyowa Kirin and Japan Steel Works are gaining more than 6 percent each, while West Japan Railway and Tokai Carbon are up almost 5 percent each. Keisei Electric Railway, Inpex and JTEKT are adding more than 4 percent, while Honda Motor, Nikon, Tokyu Fudosan Holdings, Mazda Motor, Toray Industries, Mitsui E&S Holdings and Mitsui Fudosan are rising almost 4 percent each. Asahi Kasei and Sumitomo Realty & Development are up more than 3 percent each.

In the currency market, the U.S. dollar is trading in the higher 109 yen-range on Wednesday.

Elsewhere in Asia, New Zealand, South Korea, Singapore, China and Hong Kong are lower by 0.1 to 0.9 percent. Indonesia is up 1 percent, while Malaysia and Taiwan are up 0.5 and 0.3 percent, respectively.

On Wall Street, stocks moved sharply higher at the start of trading on Tuesday but failed to sustain the upward move and spent the rest of the day showing a lack of direction. The major averages eventually ended the session near the unchanged line.

Meanwhile, the major European markets all moved to the upside on the day. While the German DAX Index jumped by 1 percent, the U.K.’s FTSE 100 Index advanced by 0.8 percent and the French CAC 40 Index climbed by 0.7 percent.

Crude oil prices rose sharply on Tuesday amid optimism for a strong global economic recovery and increased demand following a drop in fresh coronavirus cases and the acceleration in the vaccination drive. West Texas Intermediate Crude oil futures for July jumped $1.40 or 2.1 percent at $67.72 a barrel, the highest since October 2018.

US bank set to announce 'hundreds' of Irish jobs 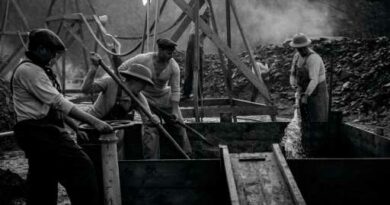