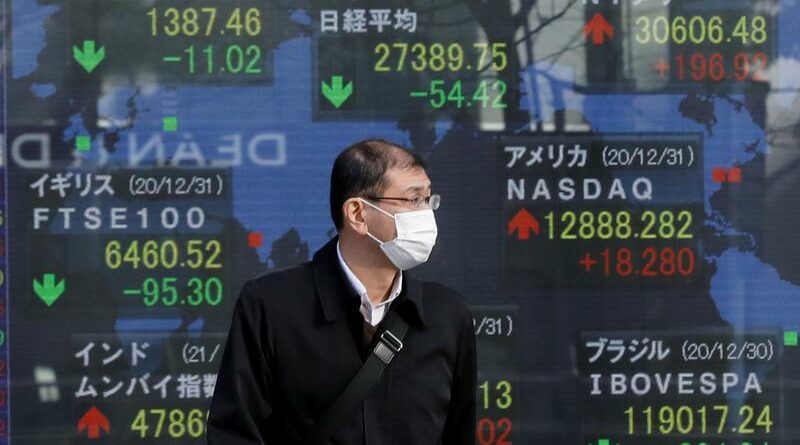 TOKYO/WASHINGTON, (Reuters) – Asian stocks fell on Thursday as investors locked in profits on sectors that have outperformed recently in a sign of growing caution about the recent rally in global equities.

MSCI’s broadest index of Asia-Pacific shares outside Japan fell 0.42% but was still close to an all-time high. Chinese markets dipped on their first day of trade after the Lunar New Year break.

Strong U.S. retail sales, new signs the Federal Reserve will maintain its accommodative stance, and an ongoing push for further U.S. stimulus have bolstered economic optimism, but some analysts remain cautious because new strains of the coronavirus continue to emerge.

“With an even larger stimulus package likely to be passed by Congress before the end of March, the U.S. economic recovery could gain more momentum in 2021,” wrote Commonwealth Bank of Australia currency analyst Carol Kong.

“Despite the recent positive vaccine developments, the global economic outlook remains uncertain partly because of the spreading virus variants.”

Yields on two-year Treasuries hit a record low and the 10-year yield extended a pullback from a one-year high as a bond market sell-off started to fade.

On Wall Street, technology stocks fell, driving down the Nasdaq while other companies rose on broader economic optimism.

Technology shares in Asia took their lead from the Nasdaq and fell. Investors also sold shares in the energy, materials, and consumer goods sectors that have recently risen sharply because they are expected to benefit from an economic rebound.

Shares in China, which traded for the first time since the week-long Lunar New Year holiday, started brightly but later fell after the Peoples’ Bank of China drained 260 billion yuan ($40.31 billion) from money markets, raising concerns about tightening liquidity.

The MSCI’s global stock index fell 0.1% but was still near a record high.

In contrast to concerns about tightening in China, minutes from the January Fed meeting showed policymakers willing to push further accommodation to boost the pandemic-scarred U.S. economy.

Hopes for a stronger U.S. economy supported the greenback. The dollar index, a measure of the currency’s strength against six other major currencies, was steady, holding onto a 0.25% gain from the previous session.

The risk-on appetite was apparent in bitcoin, which continued its upward march to exceed $52,000 amid signs it may be gaining more mainstream acceptance. Cryptocurrency ethereum also rose more than 2% to new record high of $1,900.

The two-year U.S. Treasury yield briefly touched a record low of 0.1049%. Benchmark 10-year yields eased slightly to 1.2771%, pulling away from the highest level since Feb. 27, 2020 as some investors judged that recent selling of fixed income had gone too far.

An ongoing deep freeze in Texas continued to drive up oil prices, as the unusually cold weather hampered output at the largest U.S. crude producing state. Brent crude gained 1.38% to $65.23 a barrel, while U.S. West Texas Intermediate (WTI) crude rose 1.08% to $61.80 a barrel, both reaching levels not seen since January last year. 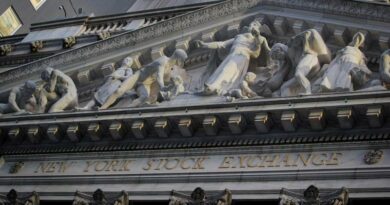 US economy bounces back but deeper trends hint at enduring woe