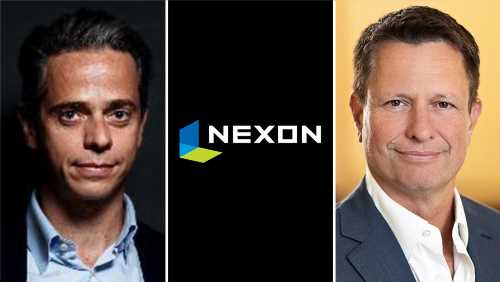 EXCLUSIVE: Nexon, an Asian video game developer specializing in immersive virtual worlds, is setting up an LA-based film and TV division to be run by Disney and Activision Blizzard veteran Nick van Dyk.

In addition to being president of Nexon Film and Television, van Dyk will also be the parent company’s EVP and Chief Strategy Officer, steering strategic planning, M&A, corporate development, franchise management and partnerships.

Nexon, founded in 1994 in South Korea, is now based in Tokyo. It is publicly traded on the Tokyo Stock Exchange and has a market capitalization north of $18 billion.

The film and TV unit will look to leverage existing IP at the company. Its titles include long-running games like Dungeon Fighter, The Kingdom of the Winds, MapleStory and KartRider. Others are in development by Nexon’s Embark Studios in Stockholm, Sweden.

In an interview with Deadline, van Dyk and Nexon CEO Owen Mahoney said the initial approach to the film and TV effort will be gradual, with a few dozen hires. The strategy will not to be to come out of the gate pouring billions of dollars into the effort, and they weren’t willing to get specific with budgets or targets. The play is strategic. They are out to position live-action and animated projects as a way to extend the company’s revenue horizons and enhance the virtual cycle of its various units.

Despite the massive popularity and growth of video games, reconciling the gaming world with film and TV has never been a smooth process. Start-and-stop initiatives over the years at Microsoft and Sony, companies that own major gaming platforms and would seem to have synergy potential, have never borne much fruit. Other gaming properties transferred to the screen have mostly been “one-offs,” in the view of van Dyk. Therein lies the opportunity, Nexon believes.

“As an industry we are continuing to learn the power of this IP,” van Dyk told Deadline. The key to making a successful game adaptation is “being very true to the game. You have to strike a balance between broadening out and serving the core audience.”

Despite that stature abroad, Nexon is little-known in the west, but it is keen to change that. Kevin Mayer, who spearheaded Disney’s entry into direct-to-consumer streaming and before that led its strategic planning and dealmaking efforts, is on Nexon’s board of directors. Van Dyk was one of Mayer’s key lieutenants, setting out its strategic plan and helping to engineer the acquisitions of Marvel, Pixar and Lucasfilm. Nexon was among the M&A targets that van Dyk and Mayer identified in the latter part of the 2000s, he recalled. “In hindsight we should have pushed even harder to make that investment,” he said.

Fidelity to source material will be a core principle, van Dyk said, citing JJ Abrams’ reboot of the Star Trek franchise as one inspiring example. “Fans of games are even more invested than fans of Star Trek,” he said. “What makes the game special? You can’t replicate that on every platform.”

The virtual worlds inhabited by hundreds of millions of regular players of Nexon games are also what’s known as the “metaverse.” Fortnite maker Epic Games has gained attention for promoting events inside of Fortnite and staking out the metaverse as the next arena for entertainment.

“A lot of the talk of the metaverse has me a bit baffled,” Mahoney said, while giving credit to Epic for its success. “You have to define what that is so you can deliver
Where the rubber hits the road is building an experience that can be as immersive and satisfying as the game itself.”

Why Wall Street Is So Excited About Facebook Going Into Earnings

Go Ahead, Take Our Money: All the Star Wars Merch in Disney’s New Land