Home » Business » Biden Lays Out His Blueprint for Fair Housing 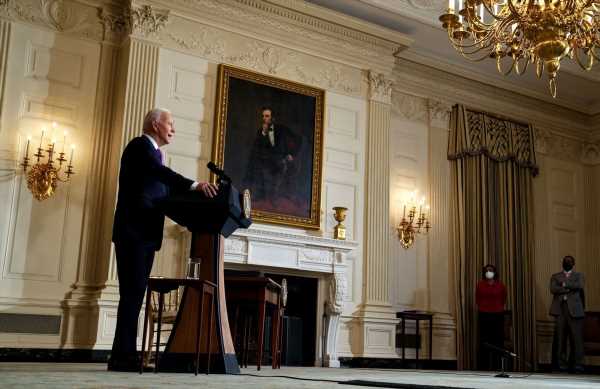 President Joe Biden signed an executive order on Jan. 27 directing his administration to end policies that enable discrimination in housing and lending, and acknowledging the federal government’s role in erecting systemic barriers to fair housing. It’s a blueprint for an agenda aimed at swiftly undoing the controversial efforts of his predecessor.

With the new directives and several recent agency appointments, the full parameters of the new president’s plans are coming into view. Part of a package of White House actions to promote equity, Biden’s executive order tasked the U.S. Department of Housing and Urban Development to review two key rules implemented under the Trump administration. One of those rules governs how citiesassess and enforce efforts to reduce segregation, a Civil Rights-era mandate that Trump repeatedly mischaracterized as an attempt to “abolish the suburbs.” The other rule polices discrimination in rental housing and mortgage lending,standards that were relaxed under former Housing Secretary Ben Carson.

“Housing is a right in America, and homeownership is an essential tool to wealth creation and to be passed down to generations,” Biden said as he signed the order.

Reversing those rules changes — on the “Affirmatively Furthering Fair Housing” policy and the “disparate impact” doctrine — emerged as ahigh priority for civil rights advocates and housing activists at the very start of the Biden era. The president has ordered incoming Housing Secretary Marcia Fudge to take the steps necessary to align the department’s policies and rules with the broader promise of the Fair Housing Act of 1968.

“If you look right now at the Black homeownership rate, it’s the lowest it’s been in 50 years,” says Maurice Jones, president and chief executive officer for the nonprofit Local Initiatives Support Corporation. “Homeownership is one of the biggest tools we have in catalyzing intergenerational wealth. The federal government has to be a big player in this space to make a difference.”

Biden’s housing agenda goes further than simply unwinding a pair of Trump regulations. The president has pledged federal action to pursue environmental justice, lift restrictions on housing production and ease the racial gap in homeownership and homelessness alike. How far the administration can get toward fulfilling this agenda depends on how successful he will be in overcoming partisan gridlock in the Senate. But several appointments so far point to the president’s priorities.

For example, to serve as chief of staff at HUD, the administration has tappedJenn Jones, the former lead on membership and policy at the National Community Reinvestment Coalition, a fair lending nonprofit. Jones previously served as a senior policy advisor under former HUD Secretary Julián Castro, where she led the development of the Obama administration’s Affirmatively Furthering Fair Housing rule and other policy initiatives. Researchers who have focused on equity as housing issues round out the department’s senior staff:Peggy Bailey, previously the vice president for housing policy at the Center on Budget and Policy Priorities, will serve as senior advisor on rental assistance, whileAlanna McCargo, recently the vice president for housing finance policy at the Urban Institute, will serve as senior advisor on housing finance, to name two.

One critical appointment that will touch on Biden’s housing priorities is already the subject of some controversy. Last week, the Biden administration indicated that it will likely appoint Michael Barr, an Obama-era Treasury Department official, to head up the Office of the Comptroller of the Currency, a Treasury Department agency that will have an enormous impact on the future of fair lending standards. Late in the Trump administration, the Office of the Comptroller finalized a rule that critics describe asgutting the Community Reinvestment Act, a law that requires banks to fully serve the communities in which they are located. While the Biden administration will no doubt rescind this rule, advocates say that the Community Reinvestment Act badly needs to be updated to account for online-only banks that don’t have brick-and-mortar locations, as well as other 21st century changes in lending.

Barr has received approving remarks from many, including National Community Reinvestment Coalition chief Jesse Van Tol, but several voices from the Democrats’ progressive wing — among them Senate Banking Committee Chair Sherrod Brown and House Committee on Financial Services Chair Maxine Waters — havepushed back against the appointment. Some want to see University of California, Irvine School of Law professor and The Color of Money authorMehra Baradaran in the seat instead. (One Baradaran supporter even announced that he will go on ahunger strike if Barr is confirmed.)

How far the administration can run with a housing agenda focused on racial justice may hinge on key personnel appointments, since legislation will be hard to move with a split Senate. Yet rule-making and enforcement may be the only tools that the Biden administration needs to radically change the federal government’s disposition on equity. The Fair Housing Act, for example, has always required communities that receive federal housing dollars to actively pursue desegregation — but in the more than 50 years since that law was passed, enforcement of that policy has been lax at best.

“There’s no panacea, particularly for the people in the places that remain underinvested,” Jones says. “Housing is at the center of a lot of important things in the country. We now have a chance to take a look at HUD to bring in the talent, the tools, and the policies to do the things that are relevant to this time right now.” 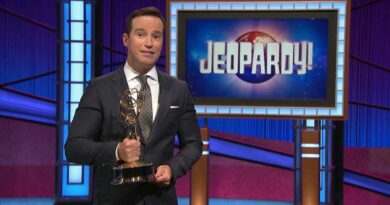 'Jeopardy!' producer Mike Richards steps down as incoming host after controversial past comments