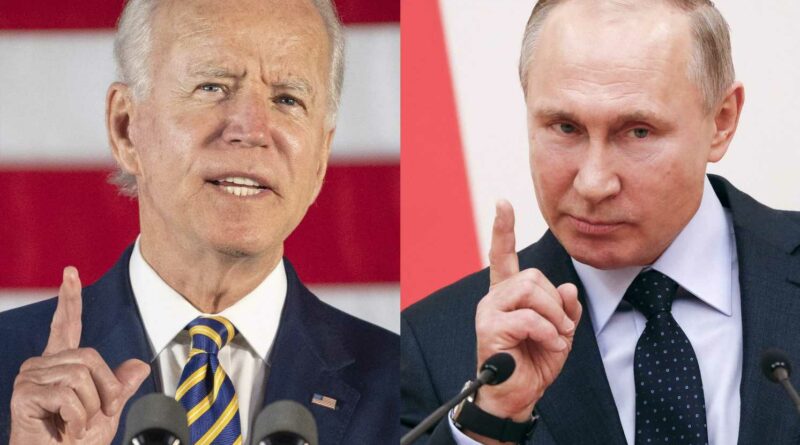 Biden, Putin to meet with US-Russia relations at low point

President Joe Biden and Russian leader Vladimir Putin will meet in Geneva Wednesday amid tensions over democratic values, human rights and allegations that Moscow has been behind a series of brazen cyberattacks in the U.S. Experts suggest Biden likely will press Putin on the long list of U.S. grievances, while Putin may try to highlight America’s political polarization and make Biden look incompetent or dysfunctional. This summit is expected to be more confrontational than in 2018, when then-President Donald Trump stood with Putin at a press conference and blithely dismissed assessments from his own intelligence agencies about Russia’s alleged meddling in the 2016 U.S. election.

Biden is expected to give Putin a laundry list of grievances. Here are three topics the two leaders will likely discuss at the Geneva summit.

Israeli aircraft carried out a series of airstrikes at militant sites in the Gaza Strip early Wednesday, the first such raids since a shaky ceasefire ended the war with Hamas last month. There were no immediate reports of casualties. On Tuesday, hundreds of Israeli ultranationalists, some chanting “Death to Arabs,” paraded in east Jerusalem in a show of force that threatened to spark renewed violence. Palestinians in Gaza responded by launching incendiary balloons that caused at least 10 fires in Israel. The march posed a test for Israel’s fragile new government – with Naftali Bennett replacing Benjamin Netanyahu as prime minister – as well as the tenuous truce that ended last month’s 11-day war between Israel and Hamas. Palestinians consider the march, meant to celebrate Israel’s 1967 capture of east Jerusalem, to be a provocation. Hamas called on Palestinians to “resist” the parade, a version of which helped ignite the recent violence.

US President Joe Biden on Thursday hailed the impending cease-fire in the fighting between Israel and Hamas, saying he sees a "genuine opportunity" toward the larger goal of building a lasting peace in the Middle East. (May 20)

Democrats will meet Wednesday to discuss possible next steps for a massive “two-track” infrastructure plan.  Democratic lawmakers said they would negotiate with Republicans on a bill that focuses on traditional transportation. However, if a deal can’t be reached, Democrats would fold those programs into a larger climate bill using “budget reconciliation,” a strategy that bypasses the filibuster process and allows a simple majority to pass legislation. Senate Majority Leader Chuck Schumer, D-N.Y,. told reporters he would meet Wednesday with Democrats on the Senate Budget Committee to map out a resolution spelling out a reconciliation pathway. “Both are moving forward: the bipartisan track and the track on reconciliation,” Schumer told reporters Tuesday. “And both we hope to get done in the month of July.”

The U.S. funds infrastructure differently than a lot of other countries, relying more on state and local spending. Here's why it's faring so poorly.

The Federal Reserve on Wednesday could signal it’s likely to move up the timetable for easing back the stimulus measures it has enacted during the COVID-19 pandemic. With the economy rolling along and inflation jumping amid strong demand and supply-chain shortages, policymakers could push up their forecast for an interest rate hike to 2023 from 2024 at the earliest. Fed Chair Jerome Powell may also hint that the Fed will begin tapering its $120 billion a month in Treasury and mortgage bond purchases – which help hold down long-term interest rates – earlier than expected.

Rising prices are scaring investors. Here’s how inflation works, how it affects investments like stocks and funds and how to protect your money.

Dozens of former Michigan football players and other students who say they were sexually assaulted by Dr. Robert Anderson will hold a news conference outside Michigan Stadium Wednesday to demand action from the school’s leadership. Anderson has been accused of sexually assaulting hundreds of Michigan students during his tenure at the school, which spanned from the late 1960s until 2002 and included time as the head medical doctor for the football team. Anderson died in 2008. Last week, two former Michigan players, along with Matt Schembechler, the son of iconic coach Bo Schembechler, publicly detailed the abuse they suffered as patients of Anderson. They also said Bo Schembechler was told about the abuse but did nothing to stop it. Schembechler  family denied the allegations. Hundreds of men have sued the university for not stopping Anderson. The cases are currently in mediation in federal court.