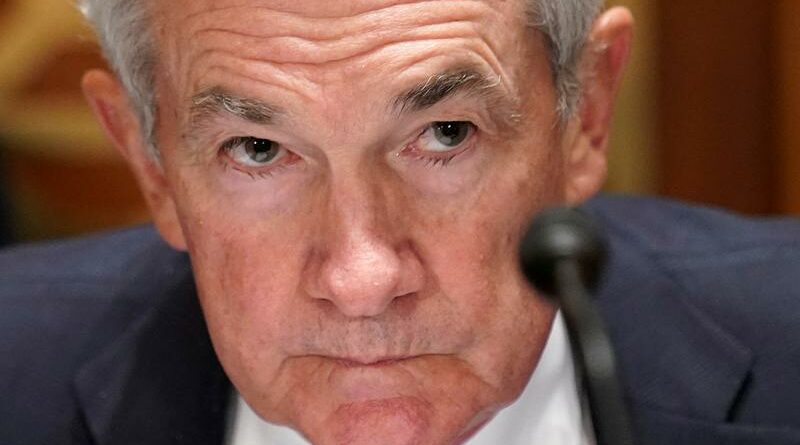 NEW YORK (Reuters) – The Federal Reserve’s more hawkish turn this week came amid heightened worries about economic recovery and inflation, but it has barely changed the bond market’s view that short-term interest rates could top out below the U.S. central bank’s estimated peak.

Current betting even has rates staying below the inflation level the Fed projected over the next few years.

Since the Federal Open Market Committee released its policy statement Wednesday, markets have priced the terminal rate where policy rates will stop going up, at between 1.4% to 1.7%, according to eurodollar futures’ view of U.S. rates in three years.

The Fed does not forecast a terminal rate, but the market’s expectation of when the current hiking cycle will peak is well below the U.S. central bank’s view of 2.5%, and lower still than the revised core inflation estimate of 2.6% next year.

The Fed’s neutral rate has been 2.5% for a couple of years after trending down from the time they first introduced its summary of economic projections. That rate is down 1 basis point in the last six years.

“The market is penciling in a potential policy mistake by the Fed, wherein it hikes rates too aggressively near term and is unable to hike past 1.4%,” said Gennadiy Goldberg, senior rates strategist, at TD Securities in New York.

“The recent price action is indicative of worries that Omicron will set back the recovery and will allow the Fed to moderate rate hikes,” he added, referring to the highly-transmissible coronavirus variant.

The Fed typically lifts its benchmark rate higher until the economy is able to run on its own without any monetary policy action, typically hitting or exceeding what is known as the “equilibrium rate”.

“The Fed waited too long, certainly in our opinion, to wait for inflation to get here and fight it,” said David Petrosinelli, managing director and senior trader at broker-dealer InspereX in New York.

“Because they’re running behind on inflation, the Fed has to raise rates faster with more rate increases front-loaded in 2022. The fear is that this is going to slow down the economy.”

“Perhaps this outcome reflects the limits to how much the Fed can tighten in a heavily-indebted, pandemic world,” said R.J. Gallo, senior portfolio manager at Federated Hermes with assets under management.

The decline U.S. long-term yields has baffled market participants given a backdrop of persistent inflation pressure, stronger and tighter labor market, as well the Fed’s tapering of its bond buying.

Jonathan Cohen, head of rates trading strategy at Credit Suisse in New York, said the decline in yields could be attributed, in part, to supply-demand factors, which include rapid buying of U.S. Treasuries by banks, the reduction in available supply even after accounting for Fed tapering, and the de-risking of pension funds as they gravitate toward bonds.

Fed Chair Jerome Powell said on Wednesday though that he’s not too “troubled” about where the long bond is.

“It’s not surprising that there’s a lot of demand for U.S. sovereigns in a world … a risk-free world … where they’re yielding so much more than Bunds or JGBs (Japanese government bond,” Powell added.

Still, some analysts believe the terminal rate is way too low and may well end up higher than what markets expected.

“The risks to the hiking cycle are numerous. But it is important to stress they are just that – namely, risks – and it seems strange for the Fed and markets to be positioned for a risk scenario,” said Andrea Cicione, head of strategy at TS Lombard.

“In our view, it is more likely that the Fed and markets will move toward the economic reality once risks fail to materialize.” 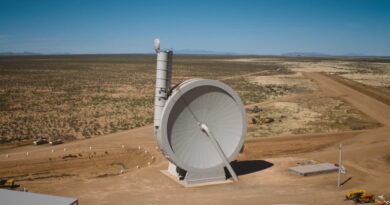