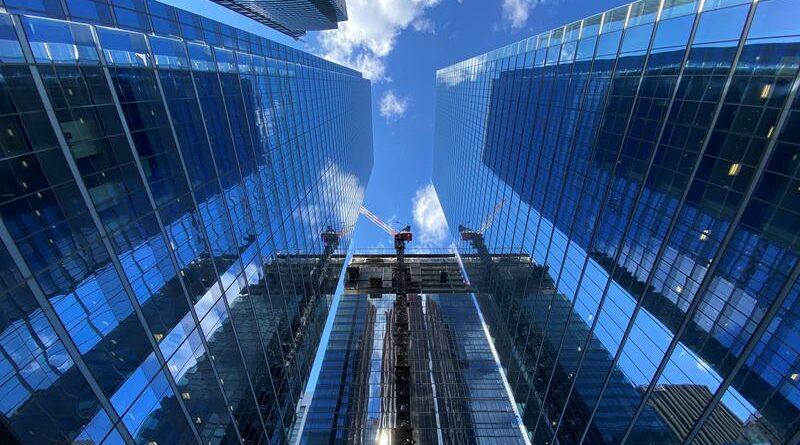 OTTAWA (Reuters) -Canada’s economy unexpectedly shrank in the second quarter, while a likely contraction in July will leave economic activity about 2% below pre-pandemic levels, data showed on Tuesday, with the dire results landing during the election campaign.

The economy most likely contracted 0.4% in July, Statscan said in a preliminary estimate, following a 0.7% gain in June, which was in line with analyst expectations.

“It seems that the Canadian economy wasn’t on as strong a footing as we had believed,” said Royce Mendes, senior economist at CIBC Capital Markets. “And with the fourth wave now seemingly here, the economy faces another storm to navigate through.”

Canada is currently grappling with a rising fourth wave of COVID-19 infections, mostly among the unvaccinated. The United States added here Canada to its “do not travel” advisory list on Tuesday due to the ongoing pandemic.

Statscan said the second-quarter drop was mostly driven by declines in home resale activities and exports. Housing investment boomed during the pandemic, running far above the five-year average in the previous four quarters.

The quarterly contraction was far below the Bank of Canada’s July forecast of a 2.0% gain on an annualized basis, though analysts were mixed on whether it would affect an expected tapering of the bond-buying program later this year.

“(The Bank of Canada) is also dealing with the highest inflation in a decade and I suspect they will keep pushing ahead with QE tapering, but it will be a big debate,” said Doug Porter, chief economist at BMO Capital Markets.

U.S. Stocks Give Back Ground After Seeing Initial Strength