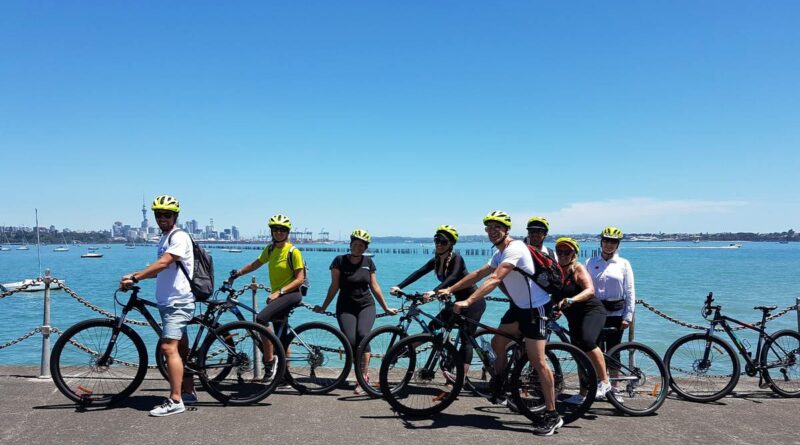 Jacqui Wilkinson’s ”baby,” a bike tour business, is one of a growing number of Auckland tourism firms being squeezed out of business.

She has a blunt message for the Government ahead of what she fears will be an avalanche of closures.

”This Government wants to save the jobs but if you don’t save the businesses there will be no jobs.”

A decade ago she founded Adventure Capital, a bike tour and rental business that had been enjoying rapid growth before the pandemic closed New Zealand to international visitors.More than 90 per cent of customers came from overseas so Wilkinson shrank her Qualmark Gold-certified business, closing operations in Christchurch and Wellington and consolidating in Auckland.

She followed her own instincts – and Government advice to “pivot” – andAdventure Capital targeted the domestic market with less profitable rentals rather than tours and was functioning in a low gear.

But repeated border failures in the gateway city for MIQ operations- exacerbated by the Government delays to mass vaccination and rapid testing rollouts – has led to five lockdowns in the city.

Although overall economic growth has confounded pundits, border-facing businesses are bleeding, with a high human toll.As with other tourist businesses in Auckland, for Wilkinson it’s been death by a thousand cuts.

”It’s basically been one blow after another, so we reached the very difficult decision to permanently close. We can’t see that this is recovery any more for tourism, it’s rebuild territory now.”

Not only are the MIQ hotels in the middle of the country’s biggest city a big Covid- spreading risk but those tourists who wanted to come to central Auckland where her business was sometimes found it hard to get a room.

”MIQ has dramatically reduced the amount of accommodation options available for people. So when they’re coming in they’re tending to stay on the outskirts, not where we’re located, which used to be our competitive advantage.”

The business was launched for the 2011 Rugby World Cup and in its last year of normal trading, turnover had increased by 88 per cent and 16 staff were on the payroll.

”We were doing really well. We weren’t a large business by any stretch of the imagination but one thing that has been a big source of frustration for me and many other boutique operators is that the Government doesn’t seem to be giving any bandwidth to that,” Wilkinson says.

In reference to last year’s widely derided Strategic Tourism Assets Protection Programme, she said:”They seem to be protecting the big guys and the Rich Lister-funded businesses. Just because you’re a smaller business with fewer staffwith lower revenue doesn’t mean you’re a poor-quality business that doesn’t deserve to be supported.”

Auckland has missed out on the growth in domestic tourism spending in the rest of the country, and its image of ”Covid Central”, as another tourism operator has put it, hasn’t helped.

And although five South Island regions have been targeted for special help by Tourism Minister Stuart Nash because every operator there has a much bigger economic footprint, that’s cold comfort to Auckland tourism businesses.

“Auckland gets constantly gets told ‘you’re a diverse economy so there’s nothing we can do, you guys can all go do something different’.”

With many established small tourism operators aged in their 50s facing a financialcatastrophe, Wilkinson questioned what the job opportunities were outside of the sector given the struggle older workers face getting employment.

About 80 per cent of international arrivals came through Auckland, many of whom stayed in the city where the tourism and accommodation sector is now at risk.

”Everyone focuses on the South Island and thinks of Auckland as a gateway that is big enough and ugly enough to take care of itself.”

Wilkinson closed Adventure Capital for good just before the latest lockdown, the preceding ones having done enough damage.

”This lockdown has just confirmed for us that we made the right decision,” says Wilkinson.

”And I can’t tell you just what a relief it has been as I don’t have any more sleepless nights. Now that I’ve made the decision we’re just waiting for the alert levels to come down so that we can do our liquidation and asset sell-off. Then that’s it.”

She could have risked losing her house if she had borrowed against it to prop up the business.

”It’s my baby, but it is just a business. I just don’t think it’s worth the emotional and mental distress of going into that kind of debt.”

Now she will focus on another tourism business she has had in hibernation, running art and culture tours for the domestic market.

In and out of lockdown was taxing.

”My heart really goes out to the business owners who still haven’t got to the place where they needto be, which is to make a decision one way or another instead of being caught in limbo.”

The Government last week announced a second resurgence payment of $430 million for businesses across the country and extended wage subsidies for those with a 40 per cent drop in revenue.

Wilkinson says even with that support her bike business had become unviable.

Previously with international visitors it was the type of high-value, low-volume business the Government has said it wants as part of its future tourism strategy.It also has a low carbon footprint.

”That’s the thing that does perplex me a bit about the tourism minister. He keeps telling us we can’t go back to how it was before but the handful of businesses (that have got direct support) have been volume-based,” she says.

”I totally appreciate the speed at which the Government had to make decisions but they’ve now had 18 months to get it right.”

Left with nothing but good reviews

A sightseeing tour bus operator who has been running trips for over a decade is now weighing up whether to hibernate the business or shut it down.He’s leaning towards the latter after weeks of no revenue and mounting bills that Government support can’t cover.

”I guess it’s now down to brass tacks as to whether we can survive.”

The operator, who wishes to remain anonymous, says he had ”pivoted” to the domestic market but there was little demand. He had a surge of business while the short-lived transtasman bubble was operating and tried to do school transport work but this too had dried up under the current lockdown. There were no future bookings.

The business is pretty much worthless now – all I’ve got is a whole lot of five-star reviews on TripAdvisor.

The Government’s health strategy was the right one, he says, but he remains worried about how Auckland tourism can rebuild, with so many experienced operators unlikely to make it through to when international borders reopen.

His local MP had suggested he go to the Ministry of Social Development and apply for work as a truck driver. But in alert level 4 getting a job was difficult in the city, which he says is paying a high price for so much of the population living close to the main arrival gateway for the country and with a high number of vulnerable essential workers.

He had been funding the previously successful business with cash advances from credit cards but was now paying interest on interest.

”I know the cost of continuing on, what I’m bleeding, so I’m figuring out the cost of hibernation,” he says.

“The business is pretty much worthless now – all I’ve got is a whole lot of five-star reviews on TripAdvisor.” 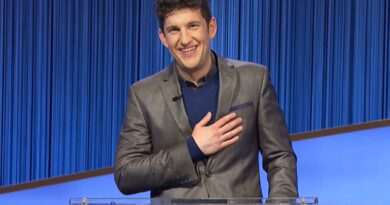 Here's how Matt Amodio, who racked up $1.5 million on 'Jeopardy!,' plans to invest his winnings