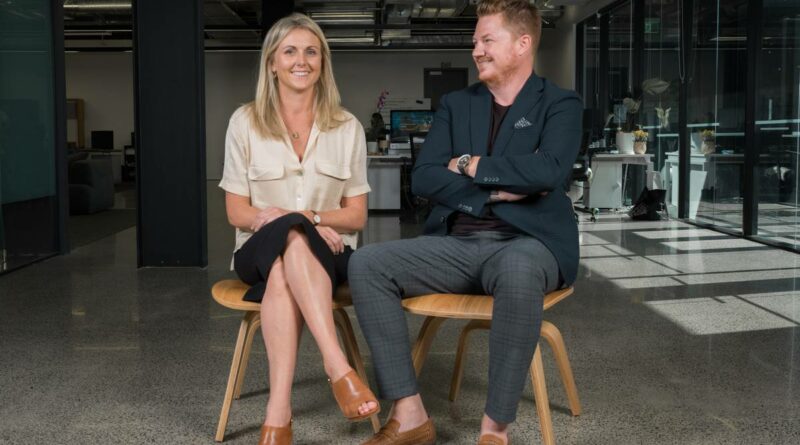 APLYiD, an Auckland company that verifies the identity of new customers, has raised $7 million in a Series A round led by the UK’s Octopus Ventures – which now holds a 25 per cent stake in the two-year-old firm.

A self-styled ‘regtech’, APLYiD makes a customer-onboarding platform that can be used to confirm a person’s ID in around 90 seconds.

Its process involves a new customer taking a photo of their driver’s licence or passport with their smartphone camera. Their phone cam is then used to catch images of their face as they slowly move it during an eight-second video. That face scan is then compared against government databases – and, if necessary, fraud checking and watchlist services too.

The company was founded by Russell Smith (its CEO) and Claudia Smith (COO) in 2018 to help businesses meet their customer ID obligations under anti-money laundering (AML) legislation that had recently come into force in NZ.

It expanded into Australia last year, and founded a beachhead in the UK earlier this year. The new funds will be used, in part to hire another 10 staff (taking its total complement to around 40) who will expand its British invasion. Its founders say the UK was chosen because its anti-money laundering and compliance regime is very similar to New Zealand’s.

But more recently it has expanded into the broader KYC (“know your customer”) market, landing contracts with Ricoh, Western Union Business Solutions and a major rental car company.

And Russell Smith said his company’s technology can also be applied to much smaller buiness.

Over the course of the pandemic, APLYiD has seen first-hand how organisations around the world have been swept up in the fast-moving currents of KYC compliance, the threat of fraud, and increased customer expectations, Smith said.

“Particularly SMEs without the means to build their own tech from scratch, swimming between these moving flags has been an impossible task on their own.  The flexibility of our technology means we can offer smaller organisations an ‘out-of-the-box’ solution to help them immediately, or we can provide a more bespoke technology.”

The co-founders are currently a world apart. Russell Smith spoke to the Herald from the UK, having departed just before the Delta outbreak lockdowns, while Claudia Smith Zoomed in from a hotel in Rotura, where she is MIQ after returning from London.

The COO said it had been a time-consuming process to secure a MIQ spot, and was itching against her confinement.

“We’re just chasing the rest of the world right now, when it comes to this sort of thing,” she said.

“Everywhere else, you do tests and you set up for self-isolation. As long as you’re double vaccinated, you can travel. It’s just where it’s going to have to go.”

Both of the cofounders had an eye on the Government’s self-isolation trial for 150 returning business people, and both were fans of the “private MIQ” system being piloted by Sir Ian Taylor.

But although the pandemic has been a travel hassle for the young company, it’s also had its upside. A Covid-inspired boom in online fraud over the past couple of years has helped fuel its business.

And that was one of the factors that made AplyID an attractive investment target for Octopus.

“These were long-term trends, but the pandemic has seen them accelerate rapidly, and we think this will create some big opportunities for APLYiD.”

But although the pandemic was one of the immediate triggers, Octopus actually first encountered the Kiwi startup back in 2019.

“We met the co-founders, Russell and Claudia, at an event organised by the UK Department for International Trade and FinTechNZ two years ago and were immediately impressed by their vision and huge depth of experience,” Keelan said.

“We’ve stayed in touch ever since and followed their progress closely. When the opportunity to back them presented itself, we jumped at the chance of becoming their funding partner.”

The Brit says his company could put more funds into NZ firms.

“A few members of our team are keeping a very close eye on the startup scene in New Zealand, as we’re starting to see lots more exciting companies like APLYiD being created.”

Dynatrace Gears Up for IPO