The cyber security firm has more than lived up to its promises, but that is not enough to account for its stellar rise

The prize for most undervalued flotation of the year goes to Darktrace. The Cambridge-based cyber security firm floated in April at 250p. Price now: an astonishing 731p. How does that happen? How does a £1.7bn valuation become £5bn in five months?

Well, the company has done its bit in by delivering the trading numbers it said it would, plus a bit more, which clearly helps the mood. The fresh news in Wednesday’s first set of full-year figures wasn’t the thumping headline loss of $149m (£108m). It was the second post-float upgrade in revenue forecasts for the year ahead.

But the the upwards tickle in revenue forecasts is only a small part of the answer to the undervaluation. The heart of it seems to have been Darktrace’s desperation to get a listing as a way to demonstrate independence from Mike Lynch, the Autonomy founder (and still 16% shareholder in Darktrace with his wife) fighting extradition to the US on fraud charges. For public company status, it was prepared to accept a steep price discount.

And the other contributing factor was Deliveroo’s float flop the previous month. It seems bizarre that investors would associate a tech company that uses artificial intelligence to spot cyber abnormalities (Darktrace) with one that runs software to organise couriers on bicycles (Deliveroo), but sometimes the City is gloriously unsophisticated. Everything gets lumped in one big “tech” bucket.

The net result is a big win for those investors who bought at float and the theoretical losers – the old cast of shareholders – probably don’t feel too sore because they sold only small proportions of their holdings. But the traditional IPO process, overseen by superbly paid City advisers supposedly practised in the fine art of judging investor demand, looks even sillier than usual.

Not all buyouts are equal, chancellor

Still Rishi Sunak will be delighted if Darktrace also shows that the UK market is not populated by luddite investors. Promoting the UK as a tech hub is one of the chancellor’s obsessions, even to the point of agreeing (foolishly) to offer a few ra-ra words to promote Deliveroo’s float.

But Sunak was addressing a different question earlier this week when he was asked about private equity’s buying spree for UK listed companies. “I would view it as a sign of confidence in the UK. It’s good news for our economy,” he replied.

Is it really a good thing that UK companies are seen as sitting ducks by US private equity firms? And UK boards being supine? Does the Treasury see no revenue dangers in UK corporates being loaded with cheap debt that can be offset against corporation tax? Would Sunak really be relaxed if, say, BT, a company we’re relying on to build our fast-fibre broadband network, was the next target?

It was the same perverse political determination to see every takeover as “a vote of confidence in the UK” that led Theresa May’s government, in its post-Brexit vote confusion in 2016, to bless the purchase of UK tech pioneer Arm Holdings by SoftBank of Japan. Now SoftBank hopes to sell to a US buyer, causing angst in the UK and a wish that Arm was still independent and quoted here.

None of which is to say that all buyouts should be opposed. Some clearly add value. But, in an era of cheap money, the takeover game seems hopelessly skewed in private equity’s favour, which was never a policy ambition. You’d hope that point might get a nod of recognition. Come on, chancellor, you’re not working for a hedge fund these days.

Insubstantial fare from the Restaurant Group

“Since reopening our trading performance has been very strong,” says the Restaurant Group, owner of Wagamama and Frankie & Benny’s. Well, yes, it’s hard to argue with a 21% increase in like-for-like sales versus pre-pandemic levels in 2019.

But the detail behind the sales boost is the interesting bit. This is not a case of more diners. Rather, it’s fewer people spending more – adding more booze, for example. It seems to be related to the working-from-home trend: early evening eating has become more popular.

From the point of view of the Restaurant Group, all extra income is obviously welcome. It was on that basis that the group said trading “supports” an increase in likely profits this year. But you can also see why the shares fell 10%: if fewer people are coming through the doors, recovery feels fragile. 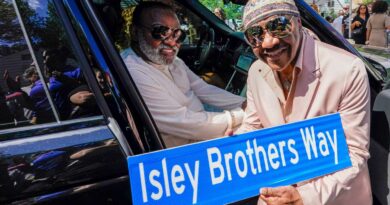