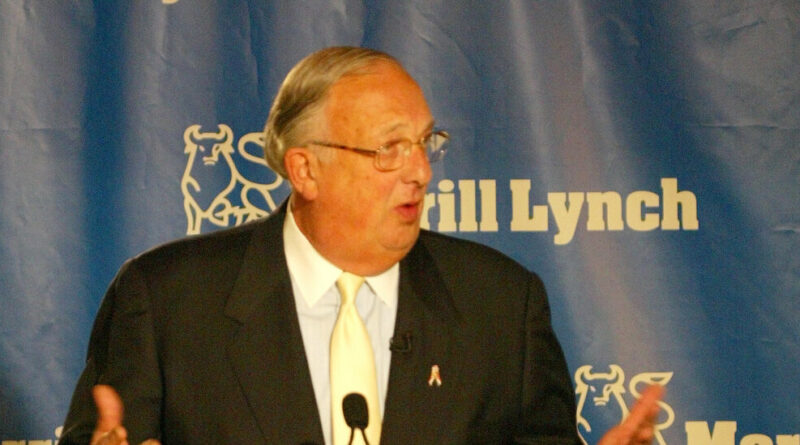 David H. Komansky, the former chairman and chief executive of Merrill Lynch who helped build the company into a global financial behemoth before being pushed into early retirement, died on Sept. 27 in Manhattan. He was 82.

His death, at NewYork-Presbyterian Hospital, was confirmed by Paul Critchlow, a former head of communications at Merrill Lynch. No specific cause was given. Mr. Komansky lived in Westport, Conn.

A postal worker’s son who grew up in the Bronx and later dropped out of college, Mr. Komansky brought worldwide ambitions to his tenure as chief executive of the firm from 1996 to 2003.

He bought businesses in the United Kingdom and invested in operations in Europe, Asia and Australia. In 1995, as Merrill’s president, he negotiated the $810 million acquisition of Britain’s largest independent stockbroker, Smith New Court. The deal was clinched at about 5 a.m. after an all-night meeting in a London Hotel between Mr. Komansky and Sir Evelyn de Rothschild, Smith New Court’s largest individual shareholder.

In 1997, Mr. Komansky oversaw Merrill Lynch’s acquisition of Mercury Asset Management of Britain, one of Europe’s largest investment firms, for about $5.3 billion. It was the most expensive purchase ever in the money management business at the time. He also struck a deal with HSBC to provide online banking and investment services, which have since become an everyday offering from banks.

At 6 feet 4 inches tall, Mr. Komansky had a big, backslapping personality that fueled his rise from financial adviser trainee to consummate Wall Street insider. In the course of his career he was also vice chairman of the New York Stock Exchange and a director of the asset manager BlackRock, from 2003 to 2017.

“I’ve seen a lot of executives in my career, and he had the single best capacity to connect with people, whether it was one-on-one or an audience of a thousand,” James P. Gorman, the chief executive of Morgan Stanley, said in an interview.

Mr. Gorman was a young management consultant at McKinsey & Company when Mr. Komansky recruited him to Merrill Lynch on a handshake. “We never discussed compensation,” Mr. Gorman said, “we never discussed a contract, nothing — it was all on trust.”

Mr. Komansky’s Wall Street career was not without its dramatic moments. In 2002 he issued an apology after Merrill Lynch research analysts were charged with defrauding buyers on certain stocks, leading to a $200 million settlement with the State of New York. As a New York Stock Exchange director, from 1997 to 2003, he stood by his friend Richard A. Grasso, the exchange’s chief executive, when the board’s awarding Mr. Grasso a $140 million pay package caused an uproar.

Mr. Komansky’s tenure at Merrill ended in July 2003, a year earlier than planned, when he ceded his management role to E. Stanley O’Neal. Mr. O’Neal, as the firm’s president and chief operating officer, had replaced senior executives loyal to Mr. Komansky and later took the unusual step of creating an operating committee that did not include the C.E.O.

Many executives who were hired or mentored by Mr. Komansky followed him to Wall Street’s highest echelons, among them, in addition to Mr. Gorman, Laurence D. Fink, the founder and chief executive of BlackRock, the world’s biggest asset manager; and Andy Sieg, who runs Bank of America’s wealth management division.

Mr. Komansky even befriended rivals, including Henry M. Paulson Jr., the former Treasury secretary and chief of Goldman Sachs. The two would joke about crisscrossing the globe to meet clients, sometimes landing in cities within days of each other.

“He was a very tough competitor who I still considered a friend,” Mr. Paulson said in an interview. “His people skills were legendary.”

David Herman Komansky was born on April 27, 1939 in Mount Vernon, N.Y. His father, William, a son of Russian Jewish immigrants, worked nights as a postal worker. His mother, Mae, came from a large Irish-Catholic family and later converted to Judaism. Mr. Komansky kept a reminder of his humble roots on his desk: a photo of the tenement building on the Grand Concourse in which he grew up.

He took an unusual path to the top. After dropping out of the University of Miami, Mr. Komansky did stints in the Coast Guard and held odd jobs before going to work for a local brokerage in New York.

He was hired by Merrill in 1968 as a financial adviser trainee in Queens and began climbing the ranks, running sales in Detroit and New York and then nationwide for Merrill’s private client group.

After completing a management program at Harvard University, Mr. Komansky was promoted by Daniel P. Tully, the chief executive at the time, to manage capital markets businesses, including equities and debt. He became president and chief operating officer in January 1995 and chief executive in December 1996. He was named chairman the following spring.

Mr. Komansky was known to command loyalty among Merrill Lynch’s thousands of financial advisers, the so-called “thundering herd” who embodied the spirit of the company’s bull mascot.

“When I would visit him in the office, I always loved coming down to the lobby with him,” Mr. Komansky’s daughter Elyssa Williams wrote in an email. “He knew who every single person in the building was and would call them by name.”

Employees called the firm Mother Merrill for the way but it took care of its people. But Mr. Komansky’s departure was seen by many as the end of an era. His successor, Mr. O’Neal, cut jobs and presided over risk-taking in the subprime mortgage market that epitomized the excesses that led to the financial crisis of 2008. (Mr. O’Neal stepped down in 2007.)

In 2008, Merrill Lynch went to the brink of collapse and was purchased in a fire sale by Bank of America. By then, Mr. Komansky was working in a two-person office with his assistant, Sue Moccia, on corporate director roles and other projects.

Ms. Moccia, who worked with him for 26 years, was with Mr. Komansky at Merrill’s office on the 32nd floor of the World Financial Center, across the street from World Trade Center, on the morning of Sept. 11, 2001. They evacuated together after the terrorist attacks.

“He literally stayed at the bottom of the escalator until every employee got out,” Ms. Moccia said in a phone interiew. “I just remember holding his pant loop, behind him, like a little baby elephant following him so we wouldn’t get lost in the crowd.”

In addition to Ms. Williams, Mr. Komansky is survived by his wife, Phyllis Komansky; another daughter, Jennifer Komansky; and two grandchildren. 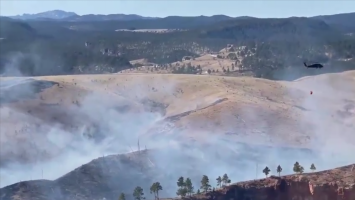