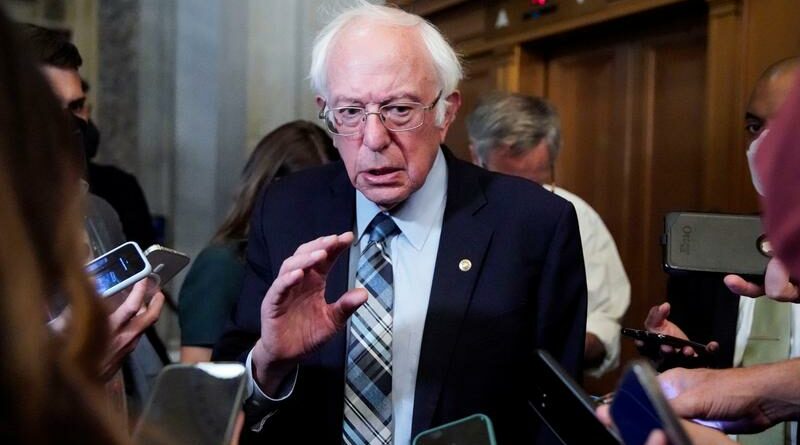 WASHINGTON (Reuters) – The top Democratic tax writer in the U.S. Senate on Wednesday unveiled a plan to tax billionaires’ assets to help pay for President Joe Biden’s social and climate-change agenda, but it was unclear whether it had enough support to become law.

The plan, floated by Ron Wyden, chairman of the powerful Finance Committee, is one of several mechanisms Biden’s Democrats are considering to pay for a pair of bills together worth about $3 trillion to rebuild the nation’s infrastructure, boost social spending and fight climate change.

The party is struggling to reach consensus on both the scope of the bills and how to pay for them. Democratic leaders said they were making progress, but it was unclear whether the party would be able to present a concrete plan before Biden left for a global climate conference on Thursday.

The White House said it was still “realistic” the spending plan could get congressional support by then, but conceded Biden may depart for Europe without a deal.

Senator Bernie Sanders, a leading progressive, said the billionaires tax was a “step in the right direction” but not nearly enough. “Every sensible revenue option seems to be destroyed,” he told reporters.

Aides in Congress said the billionaires tax, affecting roughly 700 taxpayers with over $1 billion in assets or $100 million in annual income for three consecutive years, would impose a 23.8% tax rate for long-term capital gains on tradable assets, whether or not they have been sold. It would also allow taxpayers to take deductions for losses on assets.

Other Democrats favor Biden’s original proposal, which would raise tax rates on companies and the wealthy, but that idea faces an uphill fight in the Senate.

Democrats need to keep all of their members in line for legislation to pass the Senate, which is split evenly between Democrats and Republicans.

“The president supports the billionaire tax,” said White House spokesperson Jen Psaki. “He looks forward to working with Congress and Chairman Wyden to make sure the highest-income Americans pay their fair share.”

Democratic Senator Joe Manchin, a centrist who has forced Biden to scale back the spending package, reacted with skepticism to the billionaires tax proposal.

“I don’t like the connotation that we are targeting different people,” he told reporters.

Manchin said he would support a minimum 15% tax on wealthy individuals, similar to the 15% corporate minimum tax that Democrats have proposed.

The minimum corporate tax would dovetail with a global corporate minimum tax recently agreed to by 136 countries here and aimed at corporations that pay little or no tax by gaming the international tax system.

It would apply to many large American companies, such as Apple Inc, Amazon.com Inc, JPMorgan Chase & Co and Johnson & Johnson Inc.

Some experts say the billionaires tax could be difficult to enforce.

“Government staffers tend to be outmatched by the most sophisticated, best-resourced taxpayers out there,” said Steve Rosenthal, a senior fellow at the Tax Policy Center, a Washington think tank.

Top White House tax expert David Kamin wrote favorably about a similar proposal in 2019 while serving as a law professor. But he also noted that it could create “distortions” by encouraging them to shift investments to privately held firms.

Tesla Inc Chief Executive Elon Musk, who early this week was worth here about $230 billion, blasted the plan on Twitter.

“Who is best at capital allocation — government or entrepreneurs — is indeed what it comes down to,” he said. Tesla has reaped at least $3 billion here in U.S. and local government support, according to Good Jobs First, a subsidy tracker.

Not all billionaires are opposed to the plan. George Soros, the investor and liberal activist, is supportive here, his spokesperson told Reuters on Monday.