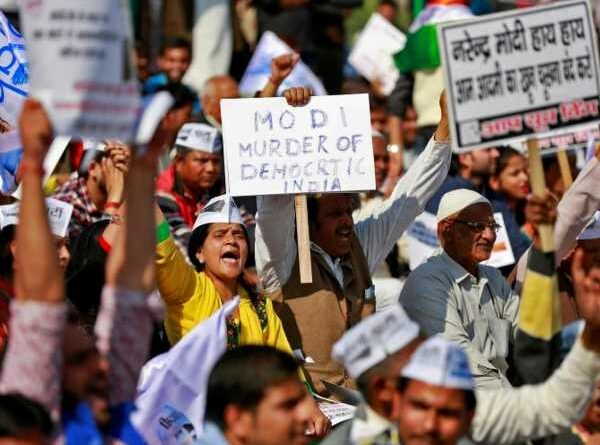 Professor Arun Kumar, the Malcolm Adiseshiah Chair Professor at the Institute of Social Sciences, has been a strong critic of demonetisation from the day Narendra Damodardas Modi unleashed it on people on the 8th of November, 2016.

“None of the goals set out by the prime ,inister in his speech on November 8, 2016, have been achieved.” Professor Arun Kumar tells Rediff.com‘s Shobha Warrier in the concluding part of a two-part interview.

The unorganised sector contributes 45% of India’s GDP and employs 94% of the workforce.

That means if you hit the unorganised sector, you are hitting most of the workers and a large part of the output in the economy. It has not recovered even today…

That is because after demonetisation came GST in 2017 and then the pandemic.

After demonetisation, sufficient currency came back after 9 months.

If not for the GST that came after eight months, the unorganised sector would have started to recover.

Then came the pandemic which hit them the hardest.

That’s why the recovery has not happened yet.

The other day Shashi Tharoor described demonetisation as foolish and whimsical.

Yes. See, it did not impact the black economy.

It could not stop the counterfeiting of currency.

It did not impact terror activities like terrorism is not funded by counterfeit currency alone.

While there were no gains, my estimate is that the economy lost Rs 10 lakh crore of output.

Agriculture was also hit and the farmers’ incomes were affected.

It means every part of the unorganised sector got hit by demonetisation.

So, none of the goals set out by the prime minister in his speech on November 8, 2016, have been achieved.

Very quickly the government started to shift the goalpost and started talking about a cashless economy.

This was a mistake; they should have talked of a less-cash economy because it will take decades to be a cashless economy.

Demonetisation by itself has little to do with India becoming a less-cash economy. 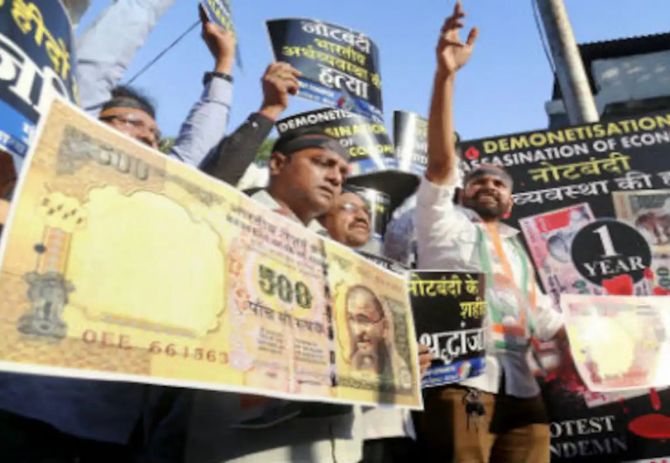 The recent SBI report says that in the financial inclusion metric, India is ahead of China now, and it is due to demonetisation. Do you agree with the argument?

No. We have been trying ideas like Jan Dhan account for quite some time and that has nothing to do with demonetisation.

You can push all these ideas like digitisation without doing demonetisation.

A country like Norway has hardly any cash in the economy and it is not due to any demonetisation carried out there.

My argument is that these things are a result of technological change, independent of demonetisation.

So, you maintain that it was a monumental blunder?

Yes, it was a big blunder. You incurred a loss of Rs 10 lakh crore without reaping any benefit.

The mistake was of identifying black with cash. So, demonetisation was a big mistake.

My question still is, why was it done?

When the BJP came to power in 2014, it had promised people that there was so much black money abroad and when they brought it back to India, each family could get Rs 15 lakh!

The ruling party realised they made a false promise and Amit Shah went on to say, it was a ‘chunavi jumla‘.

But what happened was, they were accused all the time of not delivering on their promise.

Nitish Kumar used it effectively to defeat the BJP in Bihar.

The crucial UP elections were coming and they had to counter the impression of having failed.

So, they brought in the Income Declaration Scheme in June 2016.

By September, it was clear that it was a failure; that hardly anyone declared their black incomes.

So, they needed a big bang. They thought demonetisation would be a politically correct big bang decision.

As the general public think ‘black is cash’, the BJP thought people would believe they did the right thing.

They wanted to tell people that they were doing it to stop black money.

The prime minister told people that it was a short term pain for long term gain and people believed him. Even today, do you think the people of the country believe that demonetisation helped stop black money in the economy?

No. In fact, after the UP elections, demonetisation was never used by the BJP in any other election.

They realised that the more they spoke about it, the more people would remember the pain.

The BJP realised that politically, it would not give them any brownie points. 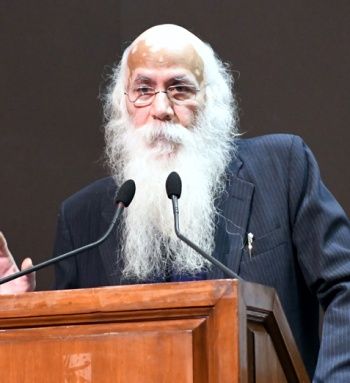 Five years after demonetisation, where do you think the Indian economy stands?

The impact of demonetisation affecting the unorganised sector still continues.

As I said earlier, we would have recovered from demonetisation after some time.

It is clear that the economy was slowing down even before the pandemic.

For eight quarters, the economy’s growth had slowed down from 8% to 3.1%.

When disparities grow, demand falls short. It is expected when 94% of the workforce lose their income.

When demand in the economy becomes short, capacity utilisation comes down.

When capacity utilisation declines, investment declines and with that the growth rate.

So, I call the situation a policy-induced crisis.

During the UPA time, the global financial crisis came from outside. Added to that were the corruption cases and policy paralysis.

After Modi came, a recovery had already started in 2014.

Then in 2016, they struck a growing economy with this.

So, this crisis was created by bad policy, and it was unnecessary. Those who never earned any black income, and the unorganised sector have been the worst sufferers due to this exercise.

And those who generate black income continue to do so, and they converted their black cash into new notes.

Those who should have been affected benefitted from demonetisation.

And the vast majority who should not have been affected lost out.

That is the ultimate result of demonetisation.

Eurozone growth surges, but another slowdown is probably ahead.