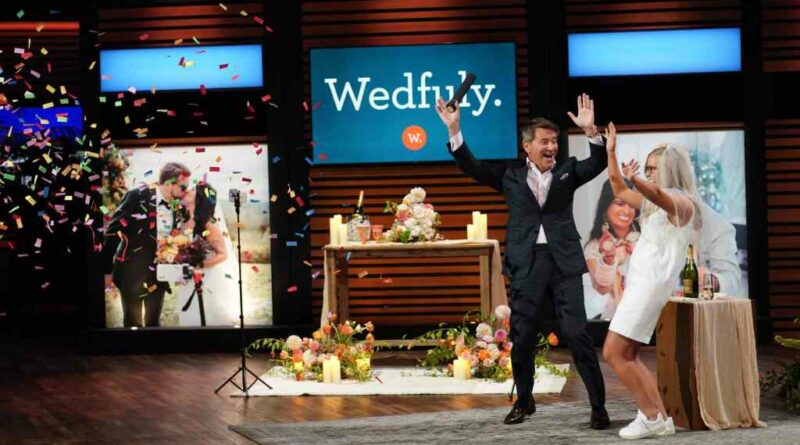 On Friday’s episode of ABC’s “Shark Tank,” Wedfuly and Wad-Free walked away with deals from “sharks” Robert Herjavec and Kevin O’Leary, otherwise known as “Mr. Wonderful.”

Denver-based Wedfuly was founded by Caroline Creidenberg, a former software engineer, in 2017.

It originally offered virtual wedding plan services. When the pandemic hit, Creidenberg pivoted and started helping run virtual wedding ceremonies on Zoom. The company handles the tech side of the event, which includes sending tripods and rental camera equipment to film the event and providing a remote production team to emcee and run the livestream.

On-site filming is done by the couple themselves or a tech-savvy friend or family member. Base packages range from $800 to $1,200, with add-ons available.

Creidenberg told BusinessDen that Shark Tank producers reached out to the company in March, and her segment was filmed in July.

“I was in there for an hour and a half, and I don’t remember anything that happened because there’s so much adrenaline going into it, and I feel like I blacked out,” Creidenberg said.

On the show, Creidenberg wore a wedding veil and asked for $200,000 in exchange for a 5% stake in the company. She told the group of investors that since March 2020, Wedfuly has put on 700 virtual weddings and done $1 million in sales with a 75% profit margin.

Three sharks quickly backed out. Daymond John said that, with the pandemic waning, people want to attend in-person weddings now more than ever. Lori Greiner said she loved Creidenberg’s story but the business wasn’t the right fit for her. And Mark Cuban cited scaling as a challenge.

O’Leary, on the other hand, was interested in the data Creidenberg could collect through Wedfuly. He offered $200,000 for a 20% stake in the company.

“I have a lot of other companies that service weddings,” O’Leary said. “I don’t think you’re worth $4 million. But it’s an interesting data feeder business if you’re willing to work with the other companies, so that we can sell your customers all of our other stuff.”

When Creidenberg asked O’Leary to lower the equity to 10%, he quickly declined. But Herjavec decided to take her up on that, saying he thinks she’s a “great operator, and I think you’re going to figure it out.”

“I couldn’t believe Robert came through and matched what I countered with, so I was beyond excited,” Creidenberg told BusinessDen. “I didn’t want to have to give up a ton of my business because I do own 100%, and it’s important that we have the ability to do what we think is best since we’re in the business every single day.”

“We’re excited to have Robert’s expertise, especially in the tech world, on our side,” she added. “As equally as exciting it is to get the money, it’s way more exciting to have Robert on our team — which is more valuable.”

Wedfuly plans to use the funds to invest in sales and marketing, Creidenberg said. The startup has four full-time and 15 part-time employees with an office in RiNo’s Taxi building at 3455 Ringsby Court.

Wad-Free was the second Denver startup featured on the show. Cyndi Bray launched the company in June 2020 when she became frustrated with bed sheets wadding up in the washer and dryer.

Bray was walking home with her dog from the post office when she got the call to be on Shark Tank this summer, “and I started dancing down the street,” she said. She had applied even before she had received a prototype for her product.

Bray made a compelling pitch for her startup with a demonstration anyone who has washed sheets can relate to.
Wad-Free for Bed Sheets, which retails for $19, is a clip that attaches to the four corners of flat or fitted sheets to prevent them from tangling up in the washing or drying machine.

Bray walked into the Shark Tank and demonstrated the “terrible wad trio” she experienced prior to inventing Wad-Free.

“First up, there’s the tornado wad,” Bray said as she pulled twisted sheets out of a washer. “Yeah, that tangled mess isn’t clean. Next, we have the hostage-taker wad, where soggy items get trapped in the fitted sheet. And then there’s the burrito wad, where one sheet wraps itself around everything else in the load, and nothing inside dries.”

Bray, whose segment was filmed in July, told the “sharks” she has done $513,000 in sales since launching in June 2020. She told BusinessDen Monday that she’s now up to $1.1 million in lifetime sales.

Wad-Free costs $3.50 to make and Bray said she has a net profit of 38%, prompting praise from Cuban. She manufactures the product in Denver and has a utility patent, trademark and copyright.

Bray has an MBA and a background in advertising and graphic design, and she ran her own company for almost 20 years before her husband was diagnosed with a tumor in 2005. Wad-Free is now her full-time gig.

“I had to build everything on my own,” Bray told BusinessDen. “I’m not an engineer, and I don’t have an e-commerce background. I taught myself how to do my own CAD drawings to design the product and about injection molding. I had prototypes made at the Denver Public Library that I tested on my friends, family and strangers until I got a product that everyone universally loved.”

O’Leary, who said he sleeps naked on “the most expensive Egyptian cotton the world makes — thousands of dollars,” first questioned whether Wad-Free would damage the quality of his bed sheets. But Bray assured him that as long as the directions were followed for both the fabric and Wad-Free product, no harm would be done.

Cuban, on the other hand, said he “rarely” washes his sheets and doesn’t relate to the issue, so he walked away from the deal. Herjavec and John also backed out for similar reasons.

So, it came down to O’Leary and Greiner.

Greiner, who called Wad-Free a “genius product,” countered with $200,000 for 25% stake in the business. She said she wanted to run a Wad-Free infomercial and pair the product with Better Bedder, a Shark Tank product she invested in that keeps fitted sheets from slipping off the bed.

“I know it sounds like a lot. But let me tell you, I know how to make millionaires,” Greiner said. “It’s what I do, so that’s my offer. I want to be in it with you day in and day out and blow this up.”

Bray asked Greiner if she would do 10% equity, but the QVC-TV celebrity said she wouldn’t go below 20. O’Leary, in turn, said he would drop his equity to 5%.

In the end, Bray decided to partner with O’Leary due to his low equity stake.

“The way it turned out was the last thing I expected, to be honest,” Bray told BusinessDen. “The product is clearly more in Lori’s wheelhouse as a consumer product, but I was not willing to give up that much equity, and I went with Kevin because it was a better long term play. I liked the fact that he reduced his equity as the two sharks started battling for me. It was fast and furious.”

Bray does all the fulfilment for Wad-Free out of her home, and she has no full-time employees. In early 2022, she plans to introduce a new Wad-Free product designed for blankets and duvet covers.

Other local companies that have appeared on Shark Tank include BeerMkr, a countertop home brewer that did not receive a deal in its May episode, and Carbondale-based MoutainFlow, which sells eco-friendly wax for skis and snowboards and received a $300,000 deal for a 20% stake from Barbara Corcoran and O’Leary.

McSquares, which finalized a new deal with Mr. Wonderful for $50,000 for 11% of the company, was featured on Shark Tank in May last year, and Golf Kicks struck a deal with Mark Cuban on an October 2019 episode.

A Fort Collins donut maker that appeared on the show has since both filed for bankruptcy and opened three new locations. 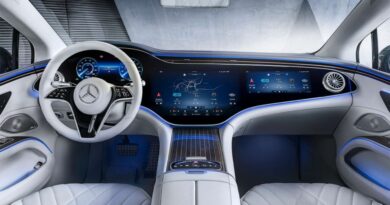