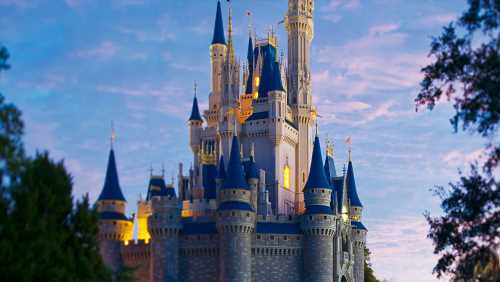 Disney World has modified its traditional greeting to the audience on its nighttime fireworks display and other shows, a move that has created its own online explosion.

Instead of the longstanding “Ladies and gentlemen, boys and girls,” greeting, shows are now prefaced with one that swaps the gender specificity, subbing in “Dreamers of all ages.”

The change came to light at a Wednesday preview of the Orlando, Florida theme park’s “Happily Ever After” fireworks display. But the switch apparently extends throughout the Disney empire and is used in more than fireworks displays, as confirmed by a spokesperson for Tokyo Disneyland.

As word of the change circulated on social media, knee-jerk reactions condemning the move surfaced from those who apparently feel the embrace of diversity and inclusion has gone too far.

Disney has been modifying various aspects of its operations to accommodate social changes for some time. Those include rides Jungle Cruises and Splash Mountain, and extend to warning labels placed on Disney+ streaming of its classic films.

There has been no official confirmation of the fireworks announcement or other changes by Disney. However, a spokesperson for Tokyo Disneyland’s licensee, Oriental Land Company, acknowledged the changes that company has implemented that are similar. In Japan, gender specificity is changed to “everyone.”

A spokesperson for the Oriental Land Company said the change was made to make people of all sexual and gender identities “feel comfortable in the park.”

It is a comprehensive judgment considering the current social situation, such as diversity,” the spokesperson said. “Currently, information on parades and shows, Country Bear Theater in Tokyo Disneyland, and the Enchanted Tiki Room: Some attractions, such as Stitch Presents ‘Aloha e Como Mai,’ have already changed.”