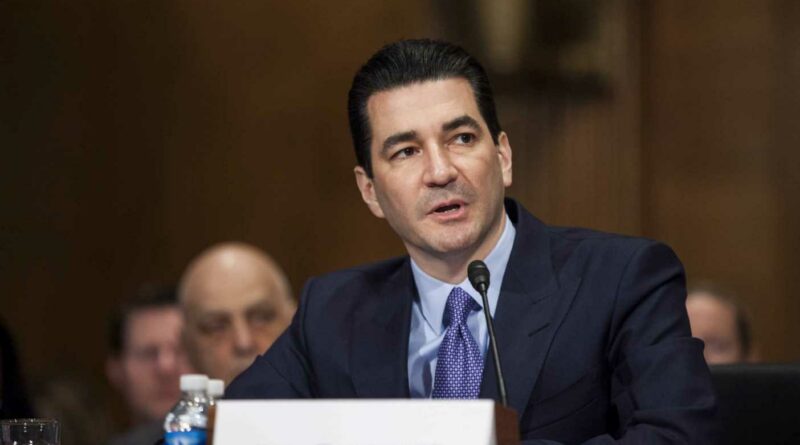 Dr. Scott Gottlieb told CNBC on Monday he believes that Covid vaccine booster shots will start to be given in the U.S. as early as next month to older people and those with compromised immune systems.

"My guess is sometime by September or October we will be giving booster shots to older individuals and certainly immunocompromised," said the former Food and Drug Administration chief, currently a board member at several companies including Pfizer. "I just think we're on a slower path here," he said on "Squawk Box," referring to other countries' booster shot plans.

"Quite frankly, it's unfortunate because I do believe at least for older individuals and people who were vaccinated back in December, January should be contemplating this more actively," he said, adding those people seem to be more susceptible to the virus right now. "[This is] certainly concerning because eventually those infections are going to break through and develop into more severe disease."

Gottlieb, who led the FDA from 2017 to 2019 during Donald Trump's presidency, said the booster shot would be a third dose of the existing vaccine available in the U.S., barring any change in the virus that would render the vaccines ineffective against current strains. He said the U.S. government has purchased enough vaccines to give booster shots to its entire population.

"For people who think that this is a zero-sum game and giving boosters to Americans is going to take vaccines away from other countries, those vaccines have already been purchased. A lot of them have been stockpiled," Gottlieb said. "They exist and they're not going to be used unless they're used by the U.S. government. The U.S. government's going to maintain a stockpile of Covid vaccine as a national security matter."

Questions about the necessity of booster shots have been circulating ahead of schools reopening in the fall and the spread of new coronavirus variants.

Two of the three Covid vaccines currently being given in the U.S., two-shot regimens from Pfizer and Moderna, were cleared for emergency use by the FDA in late December. Those two companies have applied for full approval. The one-shot vaccine from Johnson & Johnson received emergency use authorization in February. J&J has not sought full approval yet.

Nearly 165 million people in the U.S. are fully vaccinated — almost 50% of the nation's population — despite the rate of daily administered shots continuing to see a sharp decline, according to a Centers for Disease Control and Prevention tracker. Some Americans have already found ways to get additional doses of the Covid vaccines, with some even "mixing and matching" vaccines to receive extra shots from different companies.

The nation is seeing a new surge in Covid cases driven by the more contagious delta variant, first discovered in India. It's infecting the more unvaccinated areas of the U.S.

Gottlieb reiterated he believes the U.S. is further along in the pandemic wave than what's being officially measured right now. He said again, as he did Friday, he wouldn't be surprised if a million or more Americans are being infected each day. He said Monday that Florida is epicenter of Covid right now.

"The South will come out of this in a couple of weeks but you're going to see cases start to pick up in the North [as well]," Gottlieb said, adding he doesn't believe the wave of infections will hit Northern states as heavily since they have higher vaccination rates. Still, he warned Northern states will experience a similar wave of delta infections in the fall.

"That's going to coincide with the restart of schools. I think it's going to complicate things. This is a big country so this epidemic wave is going to hit different regions at different points in time," Gottlieb said.

With more time, he said it may be discovered that spacing apart the first two doses of vaccine distribution may give people a more durable response against the virus. "We may optimize how we deliver the first two doses over time as well, when we have the luxury of time to do that when we're not in the throes of a raging epidemic."

Cities Sue the Trump Administration Over Federal Agents in Portland

What Happens to Voting When There’s a Natural Disaster