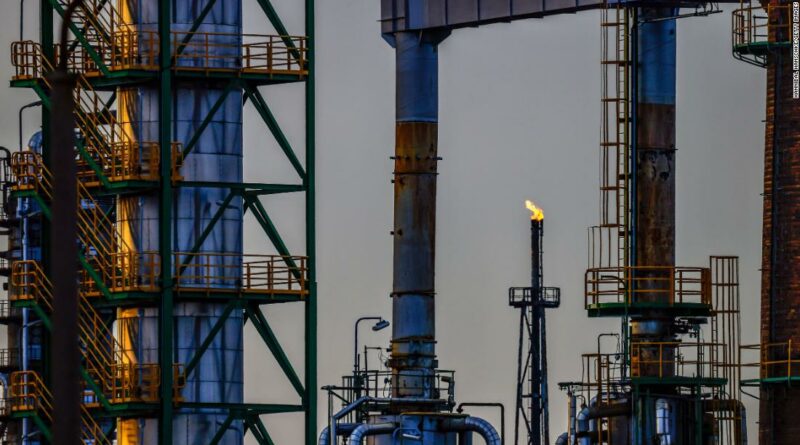 Paul Hockenos is a Berlin-based journalist who writes about energy and climate. The opinions expressed in this commentary are his own.

Russia’s announcement last week that it was halting all gas deliveries to Poland and Bulgaria may have sounded like a bombshell, perhaps even presaging a complete suspension of gas flows to all of Europe. This certainly was Russian president Vladimir Putin’s intent: to strike fear into the European countries that are upping their economic and military aid to Ukraine and, in the same stroke, drive a wedge into the Western alliance.

But Russia’s bombastic move is a bluff that, should the European Union play its cards right, will backfire spectacularly.

The EU shouldn’t blink — or let itself be caught on its backfoot again. It should implement a full-scale oil embargo, as European Commission president Ursula von der Leyen has proposed, which will damage Russia much more than Europe. It would not only hinder the war effort by slamming the Russian economy — it would send the unequivocal message that the West stands behind Ukraine and is willing to pay a substantial price to thwart Russian aggression in Europe.
And the sooner it happens, the better.

A unified Europe will weather the storm

Even though Poland depends on Russia for about 55% of its gas, and Bulgaria for almost 75%, both countries are prepared to weather the gas stoppage. They get their energy primarily from with coal, not gas.
Further, Poland has been diversifying its gas sources, and both Poland and Bulgaria were aware of the potential for Russia to weaponize energy exports. Polish gas company PGNiG has said that its underground storage was almost 80% full, and the country has a Baltic Sea terminal for liquified natural gas (LNG). Bulgaria is less well outfitted, but gas only constitutes 14% of its total energy mix. And it will soon have access to an alternative pipeline through Greece.
It appears Putin hopes that, as he ratchets up the pressure, some EU countries will split with Brussels and abandon the coalition that, thus far, has held firm in the face of Russian threats. Hungary and Slovakia, for example, have intimated that Russian energy is dearer to them than solidarity with Europe or Ukraine.
If need be, the EU will simply have to go around the Central European stragglers as it must send a clear message that Europe will need to stand together in the face of Russian provocations — and not splinter. If Poland and Bulgaria can go without gas, then so can Hungary, Slovakia and the rest of Europe. Ultimately, their own security depends upon it.
In fact, Europe is more prepared for Russia’s machinations than Putin seems to be aware. Already, plans are in motion to wean the entire bloc off all Russian energy imports. The EU aims to cut back demand for Russian gas by two-thirds in less than a year. And Europe is already planning to phase out deliveries of Russian coal.
“Europe is already rapidly diversifying its gas sources and working toward establishing energy sovereignty,” R. Andreas Kraemer, founder of the Berlin-based think tank Ecologic Institute, told CNN Business’ Perspectives. “The key is gas-use efficiency and the substitution of gas by electricity in the short run and, in the longer term, synthetic gas from ever cheaper and more abundant surplus renewable power.”

How an oil embargo will hurt and help

Oil is a cash cow for the Russian economy. Every day, Russia sells 2.4 million barrels of crude to Europe, which accounts for a ginormous $20 billion oil bill paid to Russia since the war’s start. This is why von der Leyen’s proposed freeze — to end imports of crude oil in the next six months and of oil products by 2023 — would punish the Putin regime.
Economists calculate that an oil embargo would hit the already-reeling Russian economy with considerable force. While the war effort is financed above all in rubles, such a fall in export revenues would devastate Russia’s foreign exchange earnings. Russia may find itself unable to fulfill its foreign currency obligations, causing it to default on international loans, further isolating Moscow in the global financial system. Russia pays its 20,000 foreign soldiers in foreign currency and, of course, many of its imports, too.

Thus the impact of an EU oil embargo would be powerful. Russia cannot easily divert those supplies intended for Europe to customers in places elsewhere, like China. While there are other means to transport oil, they are considerably more expensive.
Certainly, going cold turkey would reverberate negatively on the European populace and economy, sending oil prices even higher. If countries like Slovakia and Hungary cooperate, their European allies will certainly come to their aid, as they are to Poland and Bulgaria. The European economy would survive while Russia’s — and hopefully the Putin war machine with it — would be crippled. This, surely, is worth the interim hardship.
Source: Read Full Article 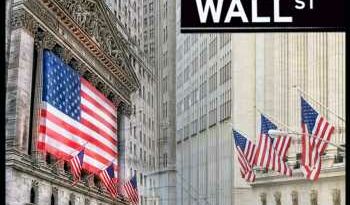 Olivia Jade Giannulli Returns To YouTube After College Admissions Scandal: “I Want To Move On With My Life”