Home » Business » Fact Check: A baobab tree in South Africa that once housed a pub is closed to the public

The claim: There is a pub inside a 2,000-year-old South African tree

Social media users are sharing images of an otherworldly looking bar said to be located inside an ancient tree.

While the pub was once open to the public, the widely shared post fails to mention that the pub has since closed and offered a disputed age for the tree.

The images show the Sunland Baobab tree. The large tree was a popular tourist attraction in the South African province of Limpopo. It is roughly 72 feet tall and 154 feet in circumference.

No. 5: Go on an African safari. (Photo: Getty Images/iStockphoto)

Baobab trees are native to Africa and Australia. According to Kruger National Park’s website, the trees grow white flowers that open at night, fruit and leaves that animals and humans eat, and bark that people use for raw materials. The trees are tied to several native legends and religions. Baobabs naturally hollow out as they age.

People walk down a road lined with Baobab trees, also known as the "tree of life", in Fandene on July 25, 2008. In Senegal, villagers have always known about the health benefits of baobab fruit, which only now have been discovered by Europe in what could spell magic for localities like Fandene. Locals use nearly every part of the tree, whose processed fruit was approved for European import last month. (Photo: Georges Gobet, AFP/Getty Images)

In 1993, owners Heather and Doug Van Heerden cleared out the Sunland Baobab’s hollow core and installed a pub. The pub offered visitors draft beer, seating, a wine cellar and music. It had 13-foot high ceilings and could comfortably fit 15. Photos of the tree bar are visible on the attraction’s Facebook page.

The tree and bar are permanently closed

One of the tree’s trunks collapsed in 2016. Video of the partially collapsed tree is visible here.

In March 2019, the Van Heerdens announced the tree and the pub were permanently closed to the public and that its Sunland Farm home had been leased.

A giant Baobab tree at the Pafuri game reserve on July 22, 2010 in Kruger National Park, South Africa. The deaths of the trees will have a big impact on the southern African landscape, as in addition to shade, the treeÕs bark, roots, seeds, and fruit are key food sources for many animals, according to Science magazine. (Photo: Cameron Spencer, Getty Images)

A year earlier, the page shared an article about baobabs dying off, likely due to climate change.

Heather Van Heerden did not respond to USA TODAY’s request for comment.

The tree’s age is disputed

The tree’s exact age is unknown since baobabs grow at varied rates. 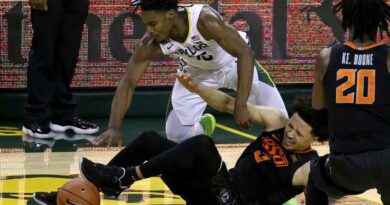 Pub reopening REBELLION: Outlets vow to open in July no matter what as they rage at Boris