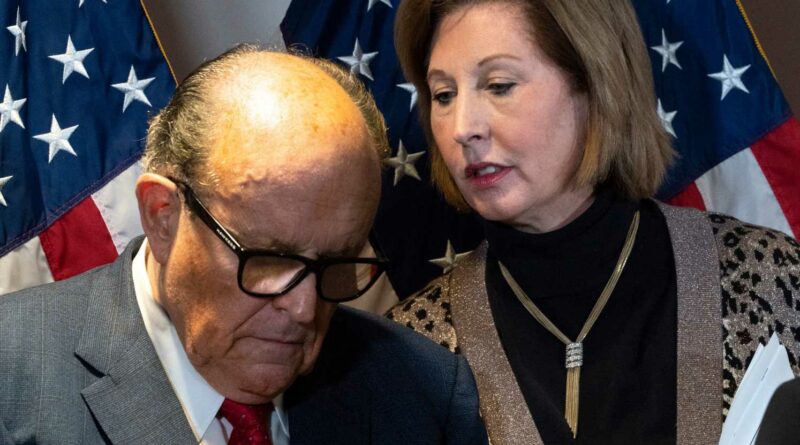 The claim: A judge has ruled Dominion Voting machines were designed to create fraud

A March 18 Facebook post accuses a voting machine company of fraudulent activity during the 2020 presidential election. The claim resurfaced in light of a lawsuit brought against a major news network by the company.

“YUUP ! —-FINALLY, A JUDGE HAS RULED Dominion Voting Machines were designed to create fraud,” the post states. A specific ruling was not referenced in the post.

USA TODAY reached out to the poster for comment.

Dominion Voting Systems filed a lawsuit against Fox News on March 26 for broadcasting a “series of verifiably false but devastating lies,” about the results of the 2020 election, USA TODAY reported. The incumbent, President Donald Trump, lost to then-Democratic candidate Joe Biden.

Dominion’s charges against the network include false allegations that its voting software “rigged” the election against Trump “because the lies were good for Fox’s business,” according to USA TODAY.

Fox News responded, calling the lawsuit “baseless” and saying it intended to “vigorously defend against” it in court, USA TODAY also reported.

Late last year, the voting machine company became the center of numerous unfounded claims about miscounts and malfunctions. Members of the former president’s camp — such as Trump’s onetime attorney Sidney Powell —  were also sued by Dominion for defamation, according to USA TODAY.

Election fraud allegations have slowed to a near halt since President Joe Biden was sworn into office on Jan. 20, but the March 18 Facebook post may allude to an independent investigation of Dominion Voting Systems machines in Antrim County, Michigan. A recount found no evidence of fraud.

What happened in Antrim County?

The report of the investigation was released after Judge Kevin Elsenheimer of the 13th Circuit Court lifted a protective order on the findings in December, according to the Detroit Free Press.

The judge ordered “forensic imaging” of Dominion tabulators after William Bailey, an Antrim County resident named in the report, filed a lawsuit, according to the Free Press. Michigan Assistant Attorney General Erik Grill called the findings “inaccurate, incomplete and misleading,” the paper reported.

Claims that Dominion Voting Systems machines were “designed to create fraud” mirrors language used in the report, which was written by Dallas-based Allied Security Operations Group. The group’s investigators claimed “the Dominion Voting System is intentionally and purposefully designed with inherent errors to create systemic fraud and influence election results.”

It was signed by Russell James Ramsland Jr., a cybersecurity analyst and former Republican congressional candidate. Ramsland filed an affidavit in November containing false voter turnout statistics in Michigan townships, USA TODAY reported. One of the analyses confused voting districts in Minnesota with ones in Michigan, according to the Free Press.

Jonathan Brater, director of elections for the state of Michigan, said the report “appears to make several unsupported allegations and conclusions about Dominion Voting Systems and what occurred in Antrim County,” according to court documents.

A glitch in vote totals collected in Antrim County that was initially blamed on Dominion’s machines was determined to be an error on the part of Republican County Clerk, Sheryl Guy, according to USA TODAY. County officials corrected the error.

A hand audit of the county’s ballots later confirmed the accuracy of votes tabulated by Dominion’s machines, according to a Dec. 17 press release from the office of Michigan Secretary of State Jocelyn Benson.

We rate this claim FALSE, based on our research. A Facebook post stating a judge ruled Dominion Voting Systems machines are designed to create fraud is based on unfounded and inaccurate information. A report of an independent investigation into alleged election fraud in Antrim County, Michigan, accused the voting machine manufacturer of designing tabulators to commit fraud. The charge is inaccurate and misleading, according to multiple reliable sources.