“Children are the most vulnerable members of our community,” said LA County District Attorney George Gascón in a statement after Monday’s sentencing hearing. “Mr. Cooper abused his position of trust and caused incredible harm to helpless victims,” the potentially recall facing top prosecutor added.  “I know that nothing can undo the trauma that they have endured, but I hope the victims find peace and healing now that this criminal process is complete.”

Still an AMPAS member, Cooper’s status with the Oscar organization is up for review soon, sources tell me. The verdict against Cooper stands as a clear violation of AMPAS standards of conduct and the group’s board will meet early next month with a final decision on Cooper as the first order of business.

AMPAS did not respond to request for comment on Cooper’s sentencing today.

Sentencing has been set for June 1, with Cooper facing up to 12 years in prison. He is being held without bail after the judge called him a flight risk. Cooper has been free on a $5-million bond.

Los Angeles County Special Victims Bureau detectives arrested Cooper in June 2018. The 66-year-old architect was charged with multiple counts of child molestation, according to court records. The acts were alleged to have occurred between November 2006 and November 2007 on one victim, and between January 2012 and July 2016 on the second. The two accusers are now 16 and 28 years old.

Deadline reached out to Cooper’s attorney, Alan Jackson, but he did not respond immediately.

“Obviously the families are disappointed that the jury didn’t convict as to one victim, but they are very pleased to see the jury at least convicted as to the second victim,” said Dave Ring, an attorney for the two accusers and their families, talking to the Los Angeles Times. “It was incredibly satisfying for them to see Cooper immediately remanded to prison for what he did. They’ve been put through nothing short of hell during the last four years of criminal proceedings.”

Cooper became a member of the film academy in 2002.

“The Academy has been made aware of the alleged abhorrent behavior and will address this matter according to our Standards of Conduct and the due process requirements under California nonprofit corporation law. We would have grounds, under our rules, to expel any member convicted of a violent crime,” the organization said in a statement before his trial. 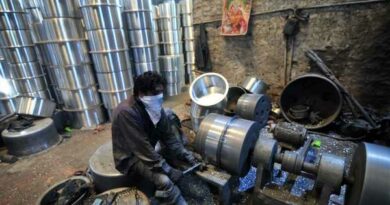